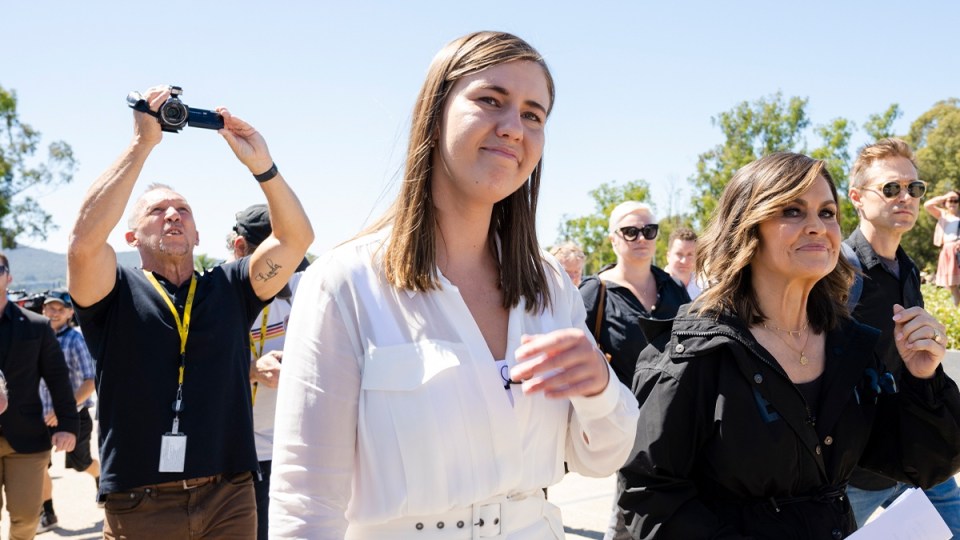 People talking about the Brittany Higgins case risk being held in contempt of court, a judge warns. Photo: Getty

The ACT’s chief justice has warned the more the public talk about Brittany Higgins’ alleged rape, the more likely the prosecution will be halted.

Bruce Lehrmann, who is accused of raping former Liberal staffer Brittany Higgins in a federal minister’s office, has pleaded not guilty.

Chief Justice Lucy McCallum said those with an interest in the case risked being held in contempt of court by prejudicing a trial ahead of the jury hearing the matter in June.

“The court strongly urges anyone with an interest in these proceedings to bear those matters in mind and to be careful about the words they publish between now and the 6th of June,” she told the ACT Supreme Court on Thursday.

“To put it in blunt terms, the more people keep talking about this case the greater the risk the prosecution will be stayed.”

Chief Justice McCallum noted the offence could be tried only before a jury.

Appearing on behalf of Mr Lehrmann, barrister John Korn raised concerns that speeches made during the course of a campaign Ms Higgins is involved in had the potential to prejudice the case.

But Mr Korn admitted he did not know whether a stay application would be sought, telling the court he was to represent Mr Lehrmann at trial but that another legal team would handle pre-trial matters.

Chief Justice McCallum chastised the legal counsel of Ms Higgins’ alleged rapist for not knowing whether a stay application would be made by the accused.

“It’s not a very satisfactory state of affairs to not have a definitive answer less than three months … from when the court has set aside six weeks [for trial].

Legal concerns that Mr Lehrmann would not be able to receive a fair trial due to the publicity surrounding the case were flagged at a previous court hearing in February.

Prime Minister Scott Morrison issued an apology to Ms Higgins and other victims of sexual harassment in Parliament House on February 8 but his office later clarified the comments were not a reflection on matters before the court.