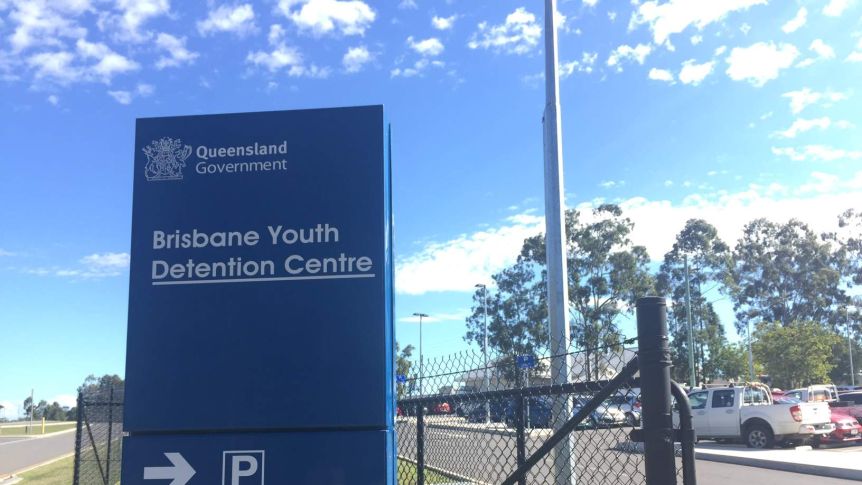 Young offenders in south-east Queensland will be sent to Townsville as the state scrambles to manage a potential outbreak of coronavirus in the Brisbane Youth Detention Centre in Wacol.

The Brisbane correctional centre remains in lockdown, with nearly 130 inmates, some as young as 13, isolating in individual cells until further notice, after a prison worker in her 70s tested positive to COVID-19.

Health Minister Steven Miles was confident the woman’s infection was a true positive case, with a second test also returning a positive result.

He said more half of the centre’s inmates had been tested so far.

While thousands of inmates in overseas prisons have tested positive to coronavirus, a potential outbreak in an Australian correctional centre would be unprecedented.

Queensland’s director-general of youth justice Bob Gee said the state’s system was well practised in health and security scares and has been prepared for this very scenario.

He said there will be no new admissions to the centre for the foreseeable future.

“The immediate plan is for them [young inmates] to remain in watchhouses, but we have significant capacity at Cleveland in Townsville,” he said.

“We’ll work through with police in terms of transporting them to Cleveland if we need to.”

Upcoming court appearances and education programs have also been placed on hold.

Children locked in cells for up to two weeks

As soon as the staff member from Ipswich tested positive on Wednesday, all 127 young inmates at the facility, 110 males and 17 females, were placed in isolation.

“Every young person is in their own individual room,” Mr Gee said.

“I really would doubt that there is any doubled up, from time to time that can happen where people are related or want to [share a room].”

He said the timeframe would be adapted in accordance with health advice, but that a 14-day quarantine at the Wacol facility was likely.

All 525 staff who work at the centre are also undergoing coronavirus testing.

Face-to-face visits only resumed at the centre on Monday, so contact tracing in that regard will be limited.

The Department of Youth Justice said plans were in place to ensure staff and detainees have the appropriate personal protective equipment (PPE) and still receive support in terms of health, education and contact with family.

‘We don’t need hysteria, we need a response’

Justice and human rights advocate Debbie Kilroy has been calling for the release of prisoners since the start of the pandemic.

“We know with anybody in solitary confinement that their mental health will decompose within 48 hours and we’re talking about children.”

She said a large majority of the young inmates at the facility were on remand and were yet to be convicted.

“Obviously we don’t need hysteria, we need a response,” she said.

“I wasn’t shocked — I’ve been waiting on tenterhooks for this to happen.

“We’ve been calling to release people who are being held in prisons because we knew that when COVID entered the prisons, there’s going to be a disaster and here we are now.

“We must release those children now into the community, into safe places where they can get appropriate medical attention, to be tested.”

‘A terrible situation for the kids’

The union representing detention staff, Together Queensland, said workers at the facility were also on edge.

Union secretary Alex Scott said he was satisfied enough PPE had been supplied but the lockdown, involving teenagers as young as 13, would be tough.

“It’s going to be a terrible situation for the kids involved and it’s going to be very difficult for the staff having to manage their emotional state,” Mr Scott said.

“Clearly, this is a deeply stressful time.”

The Department of Youth Justice said all movement of staff and inmates at the Wacol facility would be tracked via CCTV “within reason” in the event of an outbreak.

About 40 per cent of the inmates are Indigenous.

The Department said it had not ruled out reviewing the extensive security footage taken during the five shifts the woman worked at the Wacol facility while she was infectious.

The Queensland Family and Child Commission (QFCC) said it was also monitoring the situation closely and was in contact with the Department of Youth Justice.

“We understand all steps are being taken to ensure the safety and wellbeing of young people in that facility,” QFCC commissioner Cheryl Vardon said.

“The health of these young people is paramount and we will continue to monitor the outcomes of the test results.”