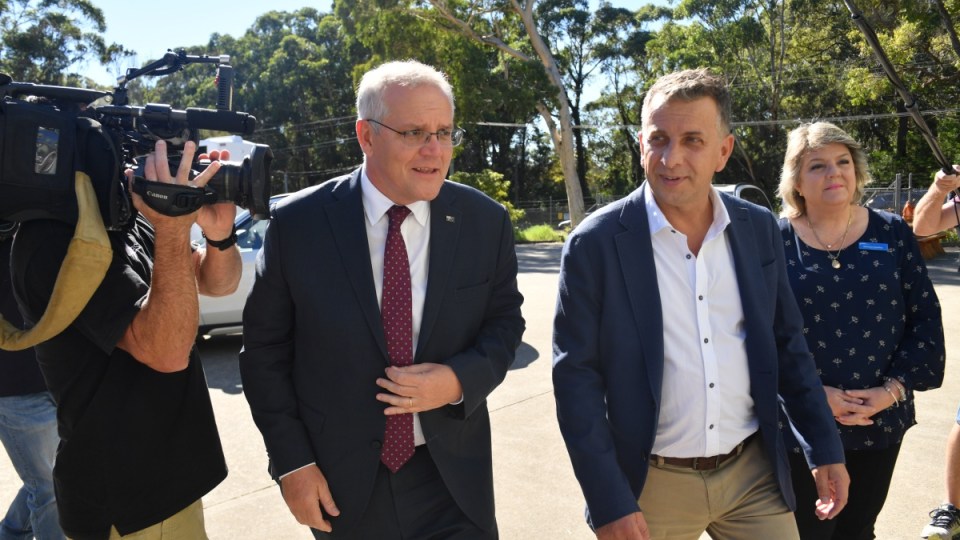 Andrew Constance (R) was backed by Scott Morrison to run in the NSW south coast seat of Gilmore. Photo: AAP

A request for a recount in the NSW seat of Gilmore has been knocked back by the Australian Electoral Commission.

The Liberal candidate for the seat, Andrew Constance, wrote to the commission asking for the recount, citing concerns about the scrutineering of informal votes.

“Given the close result, I believe there are strong grounds for a recount and I have submitted a request to the Australian electoral commissioner,” Mr Constance said on Tuesday.

Ms Phillips confirmed on social media the request had not been accepted.

“The AEC have advised me this morning that Andrew Constance’s application for a recount in Gilmore has been denied,” she said on Twitter.

An electoral commission spokesman said the request for a recount was carefully considered, with the counting process for Gilmore carried out in line with electoral laws.

The Liberals had a 2.44 per cent swing in the NSW south coast seat, which bucked the national trend. However, Mr Constance fell 0.2 per cent short.

A recount in the electorate would have automatically been triggered if there were fewer than 100 votes between first and second placed candidates.

The final result in the House of Representatives is expected to be 77 seats for Labor, 58 for the Coalition, four Greens, 10 independents, one Katter’s Australian Party MP and one Centre Alliance MP.