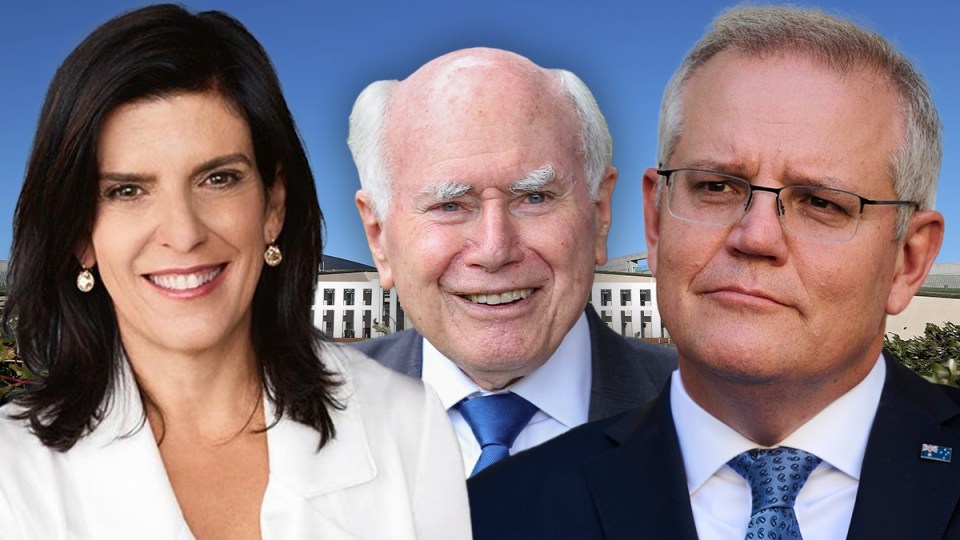 It's time to put the bulldozer away and begin rebuilding, writes Julia Banks. Photo: TND
opinion

“I think you’re making a grave mistake,” said a Liberal party senior official to me.

It was in response to my firm but polite rejection of an offer for Tony Abbott to campaign with me, during the 2016 election campaign.

The conversation was on the phone, so he didn’t see my eye roll.

I figured Abbott would be electoral poison and my decision was likely integral to our winning the seat.

Peas in a pod

The question rang out in the once-safe Liberal Victorian seats of Higgins, Kooyong, and Goldstein – and undoubtedly in others around the country. It’s a fair question. Scott is glaringly absent.

So they subbed in John Howard, the Liberal party oracle and Morrison’s mentor. He was less likely to be heckled or ‘politely declined’ by campaigning MPs and ministers, as I had rejected Abbott, undoubtedly because one must ‘respect your elders’.

Howard’s choreographed visit deliberately showed him on the phone speaking to Morrison, his fellow ‘pea in a pod’, as if they wanted Morrison to be heard but not seen: The partnership between these two traditional power elites has enabled a slow but sure destruction of the ‘broad church’ which once included the small-l liberal values.

They have also facilitated a bubbling to the surface of their deeply embedded sexism, simply because they are being challenged by professional women in the form of the teal independents.

That the liberals think it’s OK to describe these women, who include doctors, lawyers, businesswomen and an esteemed foreign correspondent, and the countless men and women in their communities, as everything from ‘puppets’ to ‘fakes’ to ‘frauds’ is disturbing and vile.

Howard disgustingly referred to these women as “anti-Liberal groupies”. A groupie is defined as a young woman who follows celebrity or pop groups as a trade for sexual favours.

Morrison’s equally visceral misogyny has often been on show, chillingly when, he pummelled the professional career of former Australian Post CEO Christine Holgate with a brutal thuggery and bellowed the words: “She. Can. Go.”

Those who argue these men “can’t be misogynist or sexist” because they love their wives, daughters, mothers or sisters are wrong. And using them as shields or ‘talent’ in happy family pics and constantly referencing ‘Jen and the girls’, for example, is cringeworthy.

Amid this normalised anti-women sentiment, a new form of scare campaign has emerged.

A hung parliament will cause “chaos”, Morrison and his MPs have declared with breathless faux conviction, their emphasis on the jarring word ‘hung’, which should be replaced by the word ‘balanced’.

Unlike all of them, I have experienced being both an independent MP and a Liberal MP. And I know the difference.

Working as an independent MP and then as a candidate restored my faith in democracy, because spending time with people of the calibre of the teal independents was far more aligned to what life is like for those of us who have worked or who work outside of federal politics, in ‘human land’.

This is not just because of the people in the community we represent but because there was always measured respectful debate with my cross bench colleagues in Parliament. We got things done and negotiations proceeded with respectful and constructive discussions, even with the major party MPs.

The Liberals reserve their most vile tricks and abuse for centrist independents who represent a real threat to them during the campaign – because when sitting in Parliament they are vying for our vote.

My own reasons are well recorded, and we’ve now seen I’m one among many.

The answer is glaringly evident by a review of the past three years of Morrison’s leadership.

Whether Morrison was absent, missing in action, or present, his performance has been characterised by no transparency, zero accountability and no integrity during the crises of black summer bushfires (“I don’t hold a hose”), floods (people stranded on rooftops), COVID-19 (the vaccine strollout and no rapid antigen tests) and his treatment of women (from his response to allegations of rape and the various instances of workplace misconduct, to the cover-ups and his ‘no show’ at the March4Justice).

His performance was laced with lies and treating the Australian public as fools while ensuring widespread social and economic damage to our country.

Regardless of the outcome of the election, the only ‘chaos and disunity’ in the Parliament that will continue is within the Liberal Party itself: It was like an exploding volcano spilling out far beyond the leadership spill that ended Malcolm Turnbull’s prime ministership.

Bulldozers, Trump and marching in the streets

If Morrison considers anyone or any issue as being ‘in the way’, he either dismisses them or shows that he wants them ‘out of the way’.

He even seemed to boast about this tendency with his self-described “bulldozer” metaphor, even though he continues to cause damage even when he’s in damage control.

Does he not realise that a bulldozer sits idle and does nothing when it’s offsite, but when it moves it destroys things with a brutal power?

If any CEO had said “it’s not my job” as much as Morrison did, and then, at their end-of-year performance review, described themselves as being “a bit of a bulldozer” in an attempted “humility flip”, by describing it as a “weakness” but really wanting it to be interpreted as a “strength”, he’d be sacked.

In 2016, the day after Donald Trump was elected as the US President, Americans came out in their tens of thousands to protest against his victory.

Millions of our American friends despaired at the time with a realisation that they had made a ‘grave mistake’, and just had to take a deep breath and stick it out for four years.

Morrison’s campaign launch speech built up to a crescendo in his trademark evangelical tone and, as if he was visualising an election-night victory speech, it seemed as though his words lilted to a faint American accent

Chilling, when you think about the past three years and his abject failure of leadership.

After he finished his speech, he made his exit in full Trumpian mode.

To chants of “three more years”, his wife by his side with her fixed smile in place for the flashing cameras, sprinkled with mwah mwah kisses and embraces from Liberal women MPs and blokey back slapping and overly vigorous handshakes from Abbott, Howard and Barnaby Joyce (Cue three eye rolls).

Unlike in the US, every Australian vote counts and voting is compulsory and preferential.

The day after the election, we don’t want to find ourselves having to march in the streets for climate change action, integrity and safety, respect and equity for women.

And rather than having to “stick it out” with the same leadership for another three years, our nation needs to breathe a sigh of relief. With the knowledge and comfort that it’s time to repair, restore and build for the future. Time to put the bulldozer away.