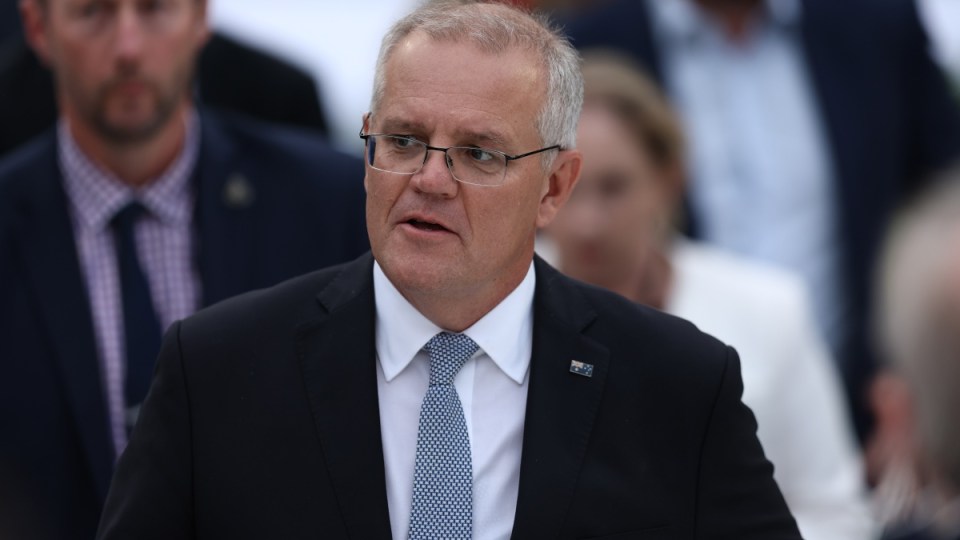 Prime Minister Scott Morrison is being accused of using the Solicitor-General for party use. Photo: Getty

Mr Morrison ultimately failed on Thursday in an audacious legal bid to have a case over the outstanding preselections heard in the High Court.

But more attention centred on the fact that it was the Attorney-General Michaelia Cash who invoked special powers to have the matter elevated to the higher court, at a hearing at which the Solicitor-General was present.

The New South Wales Liberals have, for months, been squabbling over party preselections in about a dozen key seats.

Earlier this month, and after extensive lobbying by Mr Morrison, the party’s federal executive agreed to step in and suspend the state branch, giving Mr Morrison and a committee the authority to lock in preselections for Immigration Minister Alex Hawke, Environment Minister Sussan Ley and North Sydney MP Trent Zimmerman.

But a NSW Liberal Matthew Camenzuli challenged that ruling in the NSW Supreme Court.

Those proceedings were stalled on Wednesday, though, after lawyers acting for the Liberals raised a near-century-old constitutional question about whether political parties were “justiciable” (or subject to law). Such questions, they said, required a higher legal authority.

So the Attorney-General arranged for the case to be moved, resulting in a hearing the following day.

“This is the sort of s–t you would only expect to ever see in a banana republic,” the Liberal said.

One senior Liberal said the Prime Minister and his supporters were seeking to drag out the matter until after the federal election was called so there could be no time for the competitive votes being sought.

But it was the Attorney-General’s involvement in having the matter moved that particularly drew criticism.

Senator Cash had the matter transferred to Australia’s top court only by invoking her special right to do so as an Attorney-General, a High Court hearing in Canberra on Thursday was told.

But in a major blow to the credibility of his case, Chief Justice of the High Court Susan Kiefel paid Mr Morrison’s argument short shrift.

Solicitor-General Stephen Donaghue was received coolly by Justice Kiefel when he, acting on Senator Cash’s behalf, sought to explain to the court constitutional issues involved in the case.

“This is a very tenuous constitutional question, Mr Solicitor and you know that,” Justice Kiefel told Dr Donaghue.

“The effect will be to delay the matter.”

Justice Kiefel shortly ordered the case be returned to the NSW court.

After the adjournment, political questions started flying about whether the government had improperly used the resources of the state to pursue political means.

The Attorney-General issued a statement denying she had sought to advantage the interests of the Prime Minister’s faction of the Liberals.

Instead, Senator Cash said she acted in view of the fact that “a serious constitutional issue [had] been raised” in the case.

In question time Labor seized upon what they said was the improper use of Commonwealth legal officials being drawn into a party political matter.

“How on earth is it appropriate for the government’s most senior legal adviser, the Solicitor-General, to appear in an internal dispute within the NSW branch of the Liberal party?” shadow health and ageing minister Mark Butler asked.

Paul Fletcher, appearing in the Attorney-General’s stead, played a dead bat: “There’s well-established protocols under which Commonwealth representation in matters of this kind occurs. These decisions have been taken in accordance with those protocols.”

Since the beginning of the year the dispute over Liberal preselections has grown increasingly acrimonious.

In addition to the order to save the sitting MPs, a second directive from the federal party has since been issued giving Mr Morrison the power to select candidates for other important seats.

After Senator Concetta Fierravanti-Wells this weekend dropped to the No.3 spot on the party’s NSW Senate ticket, an unwinnable position, she criticised two men many Liberals accuse of manipulating party preselections for the benefit of their faction.

“In my public life, I have met ruthless people. Morrison tops the list followed closely by Hawke,” she said. “Morrison is not interested in rules-based order. It is his way or the highway. An autocrat, a bully who has no moral compass.”