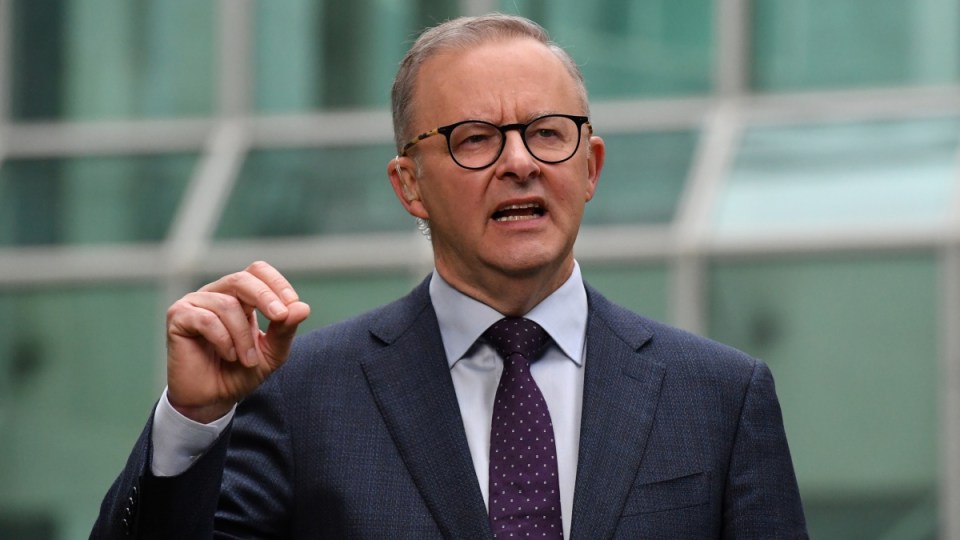 The big-spending federal budget "all disappears once the election is over", Anthony Albanese says. Photo: AAP

Labor leader Anthony Albanese has pledged $2.5 billion to reform a national aged-care system riven by neglect and abuse at the centre of his pre-election budget reply address.

An election could be called just days away and the ALP has had nearly a decade on Parliament’s opposition benches, making the Opposition Leader’s speech a critical pitch to voters and a chance to answer criticism that he lacks the experience to steer a government of substance.

Mr Albanese’s policy comes more than one year after a shocking Royal Commission report into widespread neglect across the sector and more recent reports of staff shortages during the pandemic.

If elected, Labor says it has a five-point plan to bring around-the-clock nurses into care homes, hire more staff, guarantee residents a minimum of more than three hours’ daily care, back a bid to increase the wages of the sector’s workers and make food in care homes more nutritious.

“Older Australians fear that the final chapter of their life will be an aged-care facility where they are not properly cared for, let alone afforded real dignity,” Mr Albanese said.

“If we want to change aged care in this country for the better, then we need to start by changing the government.”

Last year the Royal Commission into Aged Care Quality and Safety handed down a final report chronicling repeated instances of obscene neglect of elderly people, including the improper use of chemical sedation, a chronic shortage of carers and mistreatment.

“We’ve all been chilled by stories of unforgivable neglect,” Mr Albanese said.

“Stories of residents lying on the floor, crying out in pain, and nobody is there to help them.

“It goes against everything we are as Australians.”

The government accepted 126 of the report’s 148 recommendations and spent $18 billion in funding for the sector in last year’s budget, and another $400 million this year, amounts that fall short of the yearly, multi-billion dollar investments experts say an overhaul would demand.

More recently, the COVID-19 outbreak exposed widespread issues of staff shortages and workforce casualisation in care homes and carers’ poor wages and conditions; the government was forced to send the defence forces in to make up for the shortfall.

“These carers, who work long hours doing such important and often back-breaking work, are underpaid and undervalued, with some earning as little as $22 an hour,” Mr Albanese said.

“If we want higher standards of care, we need to support higher wages for our carers.”

Aged-care workers are currently petitioning for a pay rise before the Fair Work Commission.

The government has declined a request to join the case.

The government’s pre-election plan was heavy on voter giveaways, including a cost-of-living payment, expanded tax rebate and a cut to the fuel excise.

Mr Albanese called that plan a “budget that spoke for a wasted decade” and said it lacked vision.

But Labor will not oppose the Coalition’s spending measures.

In Thursday’s speech, though, Mr Albanese characterised the generosity as a distraction from the government’s neglect of flatlining wages during its time in power.

“I believe in a fair wage, high-productivity economy. An Australia where working hard means you can pay the bills, support your family, save for the future and achieve your aspirations,” he said.

“But this Prime Minister and this Treasurer see the last nine years of record-low wages growth as a great success story.

“And that’s why they cannot and will not ever be able to do anything meaningful to help with the cost of living.”

Aside from his centrepiece pledge Mr Albanese said that Labor in government would “end the climate wars”, revive Australian manufacturing, reduce the cost of child care, expand work and child care and institute a Commonwealth anti-corruption commission.

He struck a conservative tone on matters of national defence, something that has recently been a major attack line for the government against the Opposition Leader.

“In this increasingly uncertain and unstable world, we will need to increase Australia’s defence spending,” Mr Albanese said.

“Russia’s brutal invasion of Ukraine has reminded us that we must be prepared for the uncertainty that global events unleash here at home.”

Mr Albanese framed his agenda as a moderate governing platform.

“My team and I are promising renewal, not revolution,” he said.

“A renewal of the best of Australia’s values: Fairness, decency, supporting aspiration, looking out for each other, rewarding hard work.”