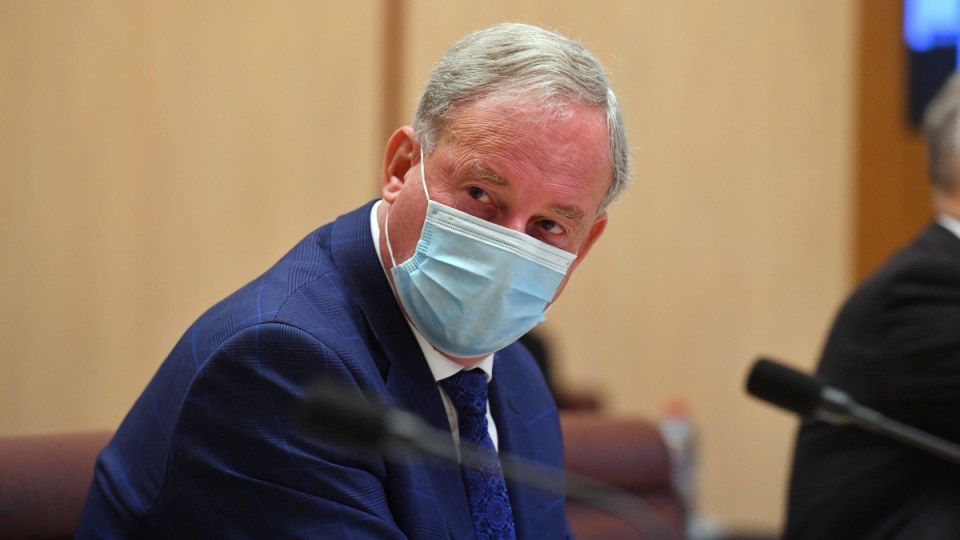 The Aged Care Services Minister says the 691 COVID deaths reported in the sector so far this year are no indicator of his performance, as he rejects calls to resign over the government’s handling of the pandemic.

Richard Colbeck told a senate estimates committee hearing on Wednesday that the federal government was doing “extraordinarily well” in handling the pandemic.

His statement came despite the number of COVID-19 aged care deaths in the past two months already topping the 685 reported in the sector for all of 2020.

Senator Colbeck said he didn’t accept that deaths in aged care were an indicator of his performance and had not offered his resignation to Prime Minister Scott Morrison.

“We are in the middle of a global pandemic, and the completely tragic result of that is people will catch the virus across all parts of the community, and tragically, some will die,” he told the hearing.

“It is very clear that the measures that we’ve put in place during the pandemic have improved the circumstances in residential aged care.”

Prime Minister Scott Morrison told Parliament on Wednesday that deaths in aged care facilities “were a terrible tragedy”, but his government had “worked tirelessly” to reduce fatalities.

“The work that we’ve done and the additional supports that we’ve put in place, which indeed have been supported by the Minister for Aged Care Services… have been there to ensure that Australia, when compared with other countries around the world, has one of the lowest rates of fatalities from COVID, including in residential aged care facilities,” he said.

“Passing away with COVID… is not the same as passing away because of COVID.

“That is the medical advice that has been provided by the chief medical officer.”

Senator Colbeck was widely condemned by Labor and the aged-care sector after it emerged he went to an Ashes Test match in January instead of appearing before an upper house inquiry into the pandemic.

At the time, he defended his decision, saying he was balancing his sport and aged-care portfolios and it would be hypocritical to not stand by it.

But the Tasmanian senator appeared to back down on Wednesday, telling the hearing he accepted criticism of the “mistake”.

“I think it’s pretty roundly viewed as being a mistake … but I would like to put on record that at the time the COVID committee wanted to see me I was actually working on dealing with the issues,” he said.

“I did go to the cricket that afternoon … but, if you look back in hindsight, to be frank, would I have been better off actually trying deal with the issues of the pandemic than talking to the committee about it?

“I would rather have been actually dealing with the issues, but the committee wanted to see me. I made a decision. I have been roundly criticised for that and I accept that.”

There are 915 COVID-19 outbreaks in aged care facilities across the country.

They are made up of: 479 in NSW, 148 in Victoria, 176 in Queensland, 85 in South Australia, three in Tasmania, six in the Northern Territory, 16 in the ACT and two in Western Australia.

But Department of Health deputy secretary for ageing and aged care Michael Lye told Wednesday’s hearing that it was likely there had been an “overreporting” of COVID-19 cases in the sector during the Christmas period.

He said the weekly figures likely included cases that were no longer considered active.

“We haven’t missed cases, but I suspect that reporting over the period probably overstates active cases,” he said.

“Where people have recovered in that reporting timeframe over the Christmas period, we probably have people recorded in our weekly reports who are no longer active cases.

“We are working through that data – there is a large amount of data – so the issue probably is that we’ve overreported.”

“I would be reasonably forgiving around the data,” he said.

“Researchers are predominately looking at patterns so we can wear less reliable data for the short term.”

Professor Ibrahim said the spike in COVID-19 deaths this year was an indication of the increased transmissibility of the Omicron variant.

He said it was “difficult to predict” whether the fatality rate would continue to climb after the peak of the Omicron variant.

“With the assumptions that we have with the vaccines and the heightened sense of urgency around the pandemic we would have expected fewer deaths,” he said.

“You have to look at the infectability and and the fatality rates and when you put the two together that makes Omicron more lethal than delta.”

Meanwhile, aged-care facilities across the country continue to struggle with staffing shortages because of the pandemic.

A week after the Morrison government said it would send up to 1700 military personnel to help the sector’s “crisis”, 106 Australian Defence Force staff have been deployed to fill gaps in 21 facilities.

About 4-5 per cent of aged-care workers are currently unable to work after testing positive to the virus.

Senator Colbeck admitted that earlier changes to staffing arrangements could have helped deal with the peak of Omicron cases.

“It’s easy to look at that in hindsight,” he said.

“We work with the information we have at a particular point in time, with the advice with respect to what the virus is doing, and we make a decision based on that.”

“We need to look at this Defence Force commitment and ask are we putting in enough people into that commitment, given the massive size of the workforce shortage?” she told Sky News.

“These workers need to feel that the government understands that they cannot provide quality care without being properly paid for their work.”

Professor Ibrahim said ADF support was “critical” for emergency and crisis management, but the government needed to lift the wages of aged care workers to ensure long term stability for the sector.