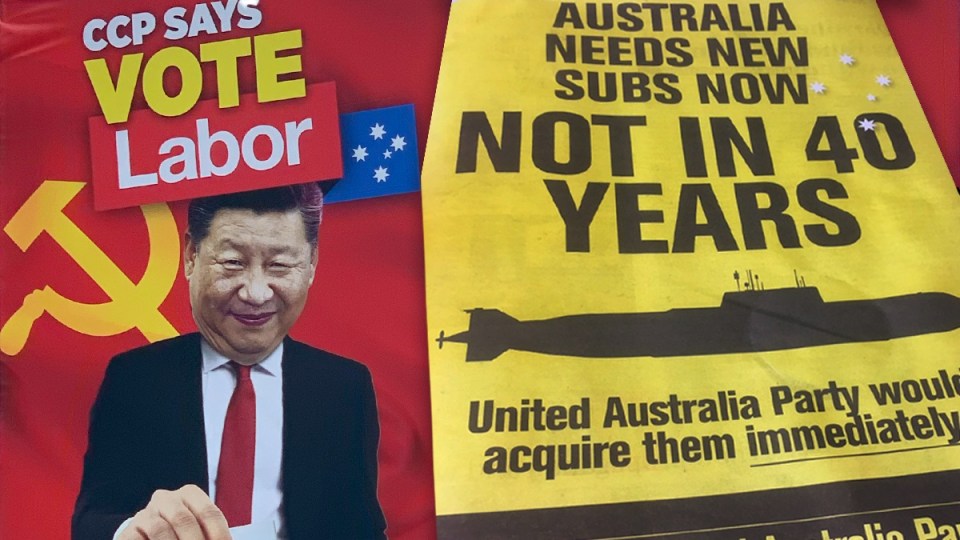 The Australian Electoral Commission has no power to limit the spread of misinformation, it has stated, as political candidates become increasingly frustrated before the federal election.

That’s because the AEC is bound by the Commonwealth Electoral Act 1918, which does not cover the actual content of political advertising.

Evan Ekin-Smyth, the AEC’s director of media and digital engagement, told The New Daily the commission “cannot be the arbiter of truth”, even as candidates accuse one another of using false information in their campaigning.

“Instead, it is the voter’s role to stop and consider what they see, hear or read,” he said.

Political campaigning is not beholden to the same strict regulators as regular, commercial advertising.

Although it’s possible to escalate disputes over a misleading ad through the legal system, such as in the case of potential defamation, this can be an unwieldy process that ends up drawing more attention to the original ad.

ANU marketing researcher Dr Andrew Hughes, who has written a book on political advertising, said the short-term payoff for publishing a misleading ad can often be greater than any later consequences.

“The damage is done in hours now, not days,” he told TND.

“They don’t really care about the truth advertising laws if you’re a naughty party up to no good.

“All you’re trying to get is that initial one-day effect, so the 24-hour news cycle, and then you don’t really care if they take it down, or get a rap over the knuckles for it. The damage has been done.”

On top of that, even proving that a political ad is misleading requires victims to navigate a minefield of legislation that wasn’t designed for the situation.

He pointed to the legal saga over the South Australian Labor Party’s hospital ramping ad campaign, which the party was eventually forced to retract due to misleading stats, as well as the Hornsby Shire council’s attempt to ban anti-Scott Morrison wheelie bin stickers in Sydney.

The AEC is instead occupied with debunking misinformation about the voting process.

One ad that attracted negative attention online was a series of mobile billboards organised by conservative lobby group Advance Australia, which posits itself as a conservative answer to GetUp.

At least two trucks featuring the billboard have been seen in Canberra and Melbourne.

Members of the public raised concerns on Twitter, but the AEC said it cannot regulate any claims about supposed Chinese government support for Labor.

However, because the ballot paper on the billboard originally showed a tick rather than the number one, the AEC issued a warning to Advance Australia and the ads were subsequently reworked so as not to depict an informal vote.

“This action was taken as the only path we could take on this signage – to reduce any potential confusion about how to cast a formal vote,” Mr Ekin-Smyth said.

Other ads have attracted negative attention but with no consequences.

One United Australia Party newspaper spread claimed that the government would take 40 years to procure new submarines and that, if elected, Clive Palmer’s party would instead procure them “immediately”.

As long as these kinds of ads clearly state who they are authorised by in the fine print, the AEC cannot intervene.

Several independent campaigns on Tuesday renewed their claims that “it is legal to lie” in Australian political advertising.

The Climate 200 movement, which is backing both candidates, also reiterated the claim on Tuesday.

Ms Daniel, in particular, claimed a rival candidate was ringing people and businesses around the electorate and “spreading false information” about a supposed preference deal with Labor.

“Plainly, you should not be able to lie in political materials or advertising,” Ms Daniel told TND.

“This is a legislative change that I will be seeking as part of an integrity package if I’m elected.”

She did not specify who was making the alleged phone calls.

Dr Hughes agreed with this sentiment, but stressed that lying isn’t technically legal.

“The law doesn’t say you can lie, but we can’t do much about it if you do,” he said.

Dr Hughes also noted Ms Daniel’s campaign as an example of what can happen when a rival decides to dispute political messaging.

In February, sitting MP Tim Wilson accused Ms Daniel of encouraging supporters to display corflute signs before the election had been called.

Although his legal challenge was ultimately quashed in court, the publicity it generated was far more damaging to his cause.

“Again it backfired because it went down to the fact Zoe Daniel got more followers, got more donations and she got more awareness in two or three days than she had for weeks,” Dr Hughes said.

The latest frontier where the truth in political advertising debate is being played out is the internet, Dr Hughes said.

Dr Hughes said the line between what constitutes a personal opinion and political campaigning is becoming increasingly blurred online.

Whether sharing an uninformed political opinion is different to sharing misleading campaign material is something that’s undefined by current regulations.

“The legislation’s not there,” Dr Hughes said.

French foreign minister hails defeat of Morrison and his ‘notorious incompetence’
Tiger Woods quits PGA tournament after the worst round of his career
COVID claims 45 more lives as nationwide daily cases soar to 18,000
Volodymyr Zelensky: How war will end as Ukraine ‘breaks backbone’ of Russian army
Peter Dutton touted as next Liberal leader as he claimed victory in Dickson
‘The urgency of the situation’: WHO steps in as monkeypox cases erupt around the world
The budget so far: Political vision or short-sighted?
Today's Stories

The AEC says it’s powerless to prevent lies in political advertising, and candidates are angry