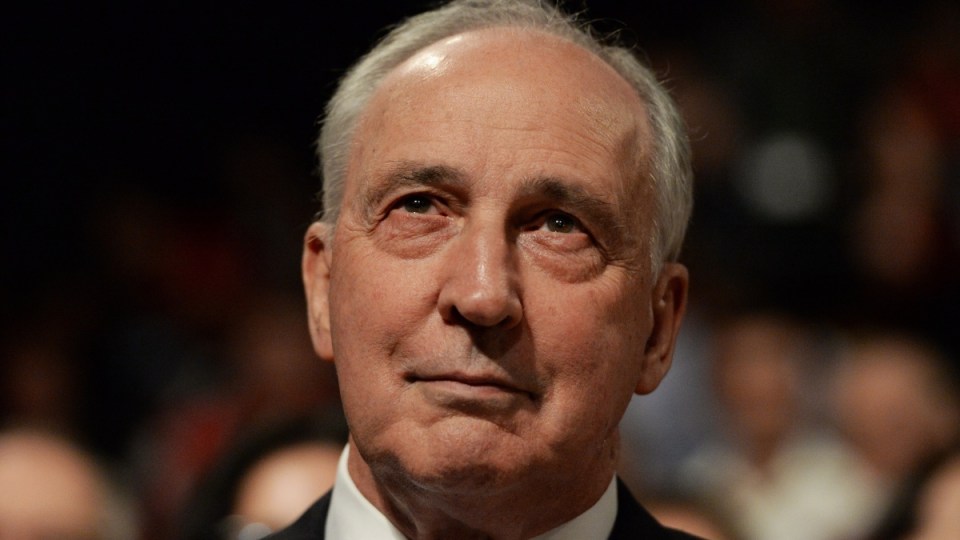 Paul Keating has taken aim at claims by Greens leader Adam Bandt that Labor is a neoliberal party. Photo: Getty

Greens leader Adam Bandt has teed off at former PM Paul Keating, as an angry war of words erupted between the pair after the former Labor leader described Mr Bandt as a “bounder”.

Mr Bandt said Mr Keating had a “sharp tongue but a short memory” and described him as “Labor’s patron saint of privatisation”.

“I am happy to debate Paul Keating anywhere, anytime, about Labor’s record in bringing economic rationalism and neoliberalism to this country,” Mr Bandt said on Thursday.

It followed a spray from Mr Keating in the Nine newspapers after Mr Bandt described the ALP as a “neoliberal” party in his speech to the National Press Club on Wednesday.

It was the same speech in which Mr Bandt declared the Greens would support Labor’s climate change bill. The bill passed the lower house on Thursday.

On the same day, Mr Keating fired back, pointing to “mammoth changes”, including Medicare and compulsory superannuation, driven by Labor.

“How could any reasonable person describe the universality of Medicare as an exercise in conservative neoliberalism?” he said.

“How could any reasonable person describe these mammoth changes as ‘neoliberalism’, a word associated with the likes of Margaret Thatcher and Ronald Reagan.

“More than that, the world’s leading system of minimum award rates of pay, a safety net superintended by the Fair Work Commission – a Keating government creation. Again, hardly an exercise in neoliberalism.

“But Bandt is a bounder and a distorter of political truth.”

But Mr Bandt doubled down later on Thursday. He said the Greens had been the only social democratic party in Australia in recent decades as Labor had “drifted to the right”.

“Paul Keating is Labor’s patron saint of privatisation. Paul Keating boasted about selling off the Commonwealth Bank, Qantas, our vaccine manufacturer CSL, he’s proud of having kept wages low while giving the very wealthy and big corporations a tax cut,” he said.