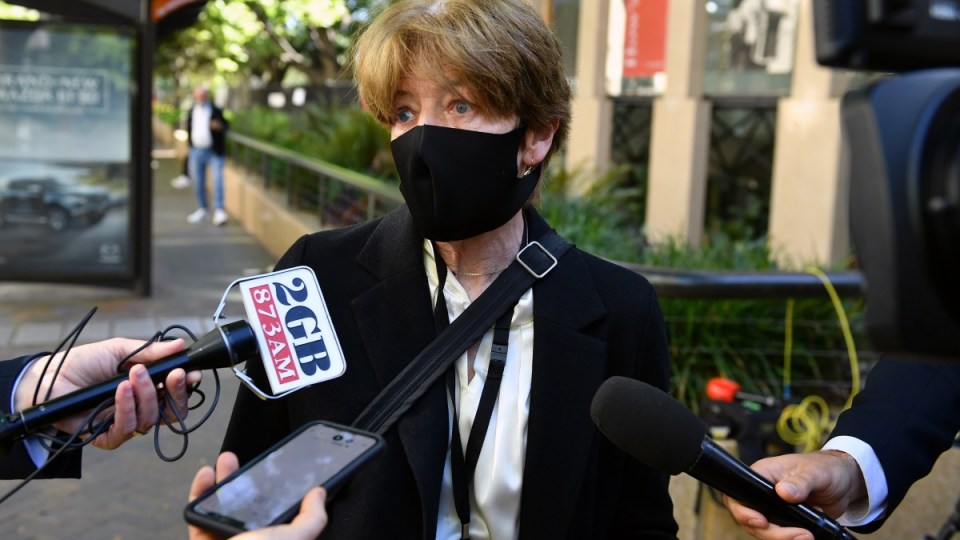 Another long-serving MP has launched a scathing attack on Prime Minister Scott Morrison, accusing him of being a “self-serving bully” who has destroyed the Liberal Party.

Catherine Cusack, a Liberal member of the NSW upper house for 19 years, has accused Mr Morrison of handing out flood support on a partisan basis and being clueless about women.

“His behaviour puts me in a situation where I can’t look at myself in the mirror any more while these sorts of decisions and this attitude is being made towards public money in a crisis, when people who have lost everything are being categorised according to politics,” Ms Cusack told the ABC on Tuesday.

Last month, Ms Cusack – who lives in the flood-hit NSW northern rivers – quit the party in her fury at the government’s response to the disaster. She remains a member of the upper house until her preselection is resolved.

“I can’t bring myself to vote for this government after what occurred here. I’m very disappointed,” she said on Tuesday.

“Obviously, I’m on the record as saying I can’t defend this for the Liberal Party. I feel, therefore, I need to return my seat in the upper house to the Liberal Party. I’m disappointed in the sense that I still have five years left in my term and I enjoy being an MP.”

“Scott Morrison is practised at bullying and getting his own way,’’ she told News.

“We are in the middle of a massive catastrophe here in the northern rivers. So outrageous, it’s just outrageous. It is so petty. He’s obviously not happy with the NSW government.

“He’s blaming us, for him having some bad media or something. Obviously not happy with me for wanting the disaster funding, extra money to be released to the other local government areas who were also flooded.”

Extra disaster funding was given to federal Nationals-held council areas Lismore, the Clarence Valley and Richmond Valley. It was initially denied to the Byron, Ballina and the Tweed shires, which are within a Labor-held federal seat.

On Monday, NSW Premier Dominic Perrottet announced $20,000 grants to help flood victims rebuilding their homes after two major flood events in six weeks. The grants had been delayed as the state waited for the federal government to pitch in.

Ms Cusack said she thought Mr Morrison would face a “tough time” if he decided to campaign in the Lismore area ahead of the looming federal election.

“The community attitude towards the federal government is very hostile at the moment,” she said.

“I would say it’s on fire, actually.”

She said she agreed with ousted senator Concetta Fieravanti-Wells, who described Mr Morrison as a bully in a fiery budget night speech last week.

“Connie and I aren’t in the same thought group. I’ve always been a moderate. I don’t necessarily agree with everything she’s done in politics, but I would endorse her assessment of Scott Morrison. That completely accords with my experience of him,” she said.

Senator Concetta Fierravanti-Wells also revived the issue of Mr Morrison’s conduct during an ugly 2007 preselection battle for the seat of Cook, in which his opponent, Michael Towke, alleged he had been subjected to racist slurs.

Mr Morrison has repeatedly denied the allegations, which have been laid out by Mr Towke and a preselector for Cook in statutory declarations.

Ms Cusack told News that many Liberal Party members were fed up with Mr Morrison – and the only way to deal with his behaviour was to stand up to him.

“I think he’s clueless when it comes to women,’’ she said.

“Problem women. Yes. That’s why he has a problem with problem women, because we just don’t go along with him,’’ she said.

“I mean, we have our own opinions. And we ask questions and disagree. And he appears to think that’s completely unacceptable.”

“He got what he wanted at the expense of destroying our rules-based selection system and disgusting virtually every member of the NSW division,” she said.

The NSW Supreme Court will hand down its ruling on Mr Morrison’s attempt to install his chosen contenders and prevent challenges to sitting MPs on Tuesday afternoon.

Are you an undecided voter? The New Daily wants to hear from you as part of a weekly series counting down to election night. Email us at editorial@thenewdaily.com.au if you are interested in taking part