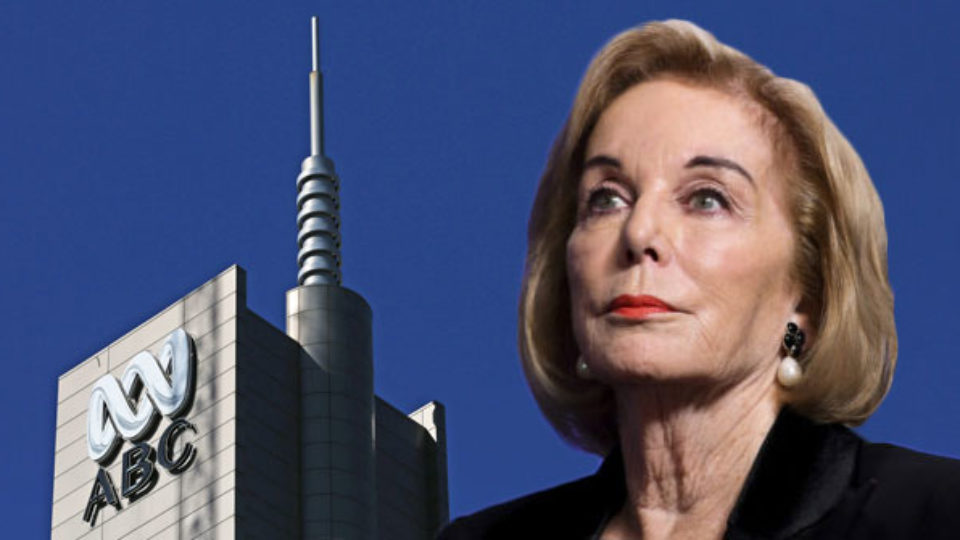 Labor has promised five year funding terms for the ABC after chair Ita Buttrose said the broadcaster's independence was under attack. Photo: TND

Anthony Albanese is making support for the ABC and SBS an election issue by promising to provide certainty for the national broadcasters with five-year funding terms under a Labor government.

The pledge comes just days after ABC chair Ita Buttrose accused the Morrison government of threatening the independence of the national broadcaster via Senator Andrew Bragg’s decision to launch a Senate inquiry into ABC complaints handling.

“It is essential to bolster the independence and stability of the national broadcasters as a guard against political interference in Australia’s democratic institutions,” Opposition Leader Anthony Albanese in a statement released late Friday.

“Where misinformation has the capacity to undermine public order, health and safety, the ABC and SBS are trusted sources of news, information and entertainment for all Australians,” Mr Albanese said.

Both the ABC and SBS are currently funded on a three-year basis.

As chair of the Senate’s environment and communications committee, Senator Bragg announced last week a review into the “complaints handling arrangements” at the ABC and SBS.

He claimed “complaints are not being seriously addressed and this is undermining the organisation”, alleging the broadcasters were not doing enough to “swiftly resolve” any “mistakes”.

The ABC last month commissioned an independent review of complaints handling and editorial policies, including training, remedies and transparency.

Mr Bragg’s inquiry was met by a swift and furious response from ABC chair Ita Buttrose, who in a strongly-worded statement on Sunday branded the inquiry an attempt at political interference in the broadcaster.

Ms Buttrose repeated the sentiment on ABC radio on Monday.

“What we have here, really, is a partisan political exercise under the guise of using its Senate legislation committee for government senators to undermine the ABC’s independence,” she said.

And despite an “exclusive” report in The Australian on Sunday night that Senator Bragg had gone “rogue” in announcing the inquiry without party support, the move appeared to have the blessing of Prime Minister Scott Morrison by Monday.

Mr Morrison told a media conference that the ABC was “not above the scrutiny of how they conduct themselves using taxpayers’ money”.

Mr Albanese said increased funding certainty outside the electoral cycle would improve the capacity of the two national broadcasters to innovate as well as plan for the future.

“In addition to five-year funding terms, a Labor Government will review options for delivering a greater level of financial stability and certainty to the national broadcasters to safeguard against arbitrary ideological cuts and political interference,” he said.

“The Morrison-Joyce Government simply can’t be trusted on the ABC and SBS.”

The federal government in 2018 imposed a three-year indexation pause on ABC funding, meaning the broadcaster was effectively left with a shortfall because its funding no longer kept pace with inflation.

“After promising ‘no cuts to the ABC or SBS’ the Liberal National Government slashed their budgets and has launched repeated attacks on them, including two attempts to increase prime-time advertising on SBS and various attempts to meddle with the ABC Charter,” Mr Albanese said.