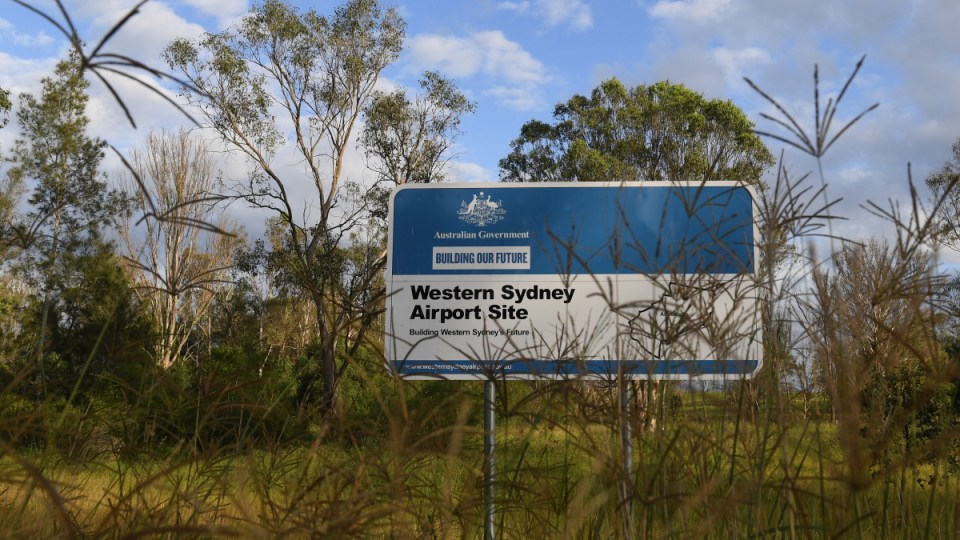 Police have found nothing wrong with the government paying 10 times above market value for land. Photo: AAP

The federal government’s purchase of land near Western Sydney Airport at 10 times the market value has been cleared of fraud, bribery and abuse of public office.

The Australian Federal Police has found no evidence of criminal conduct in the $30 million purchase of the 12-hectare plot worth $3 million in 2018.

It investigated the Leppington Triangle land sale at Bringelly on referral from the Australian National Audit Office.

The ANAO found “information that we cannot explain and is suggestive that the commonwealth may have been defrauded”.

They looked at whether there was sufficient evidence to support any commonwealth offences, primarily focusing on bribery, conspiracy to defraud and abuse of public office.

“The investigation did not identify any evidence of criminal offending by commonwealth officials or other people involved in the purchase,” the AFP said on Wednesday.

“The financial analysis undertaken as part of the investigation found no evidence of commonwealth officials obtaining a personal benefit from the acquisition, or other persons receiving or paying corrupt payments.”

The AFP determined the purchase to be in line with requirements under the Lands Acquisition Act, and authorised by appropriate commonwealth officials and authorities.

The ANAO last year found the federal government paid 22 times more per hectare than the NSW government did for its portion.

There was a $26.7 million difference between the purchase price and the “fair value” reported in the infrastructure department’s financial statements.

ANAO determined the infrastructure department did not exercise due diligence in its acquisition of of the land and fell short of ethical standards.

The department’s approach to valuing the land was not considered appropriate, which inflated its value and led to the government paying more than was proper.

Western Sydney Airport is slated to open in 2026.