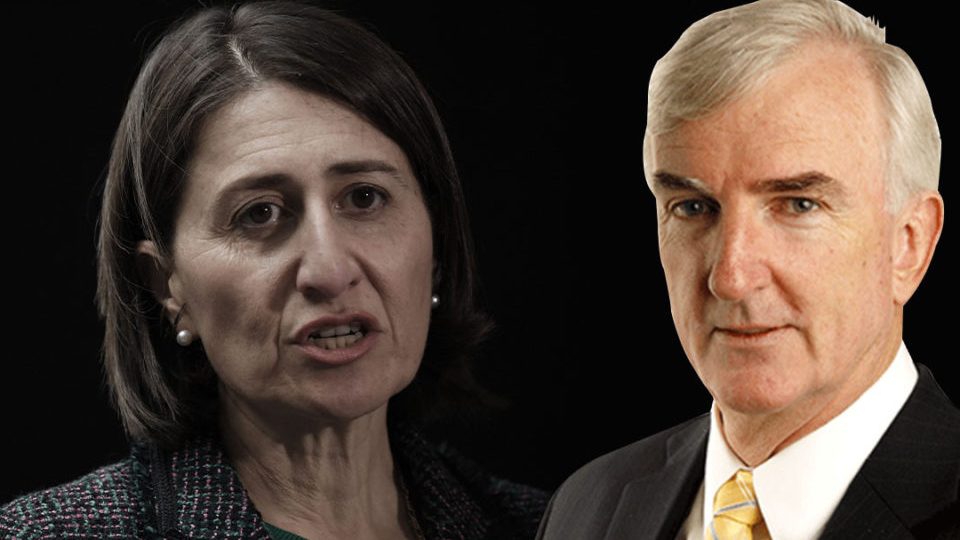 You might wonder if it’s purely coincidental that Sydney’s first radius-limited lockdown delivers an area four times greater than what Melburnians had to play in.

You wouldn’t want to think anyone was trying to make a political point that should have died with Delta.

But you might also wonder how serious the New South Wales government is about the lockdown when it tells Sydney citizens they must be brave in limiting their exercise roaming to 314 square kilometres.

That’s what a 10km radius of your house means. It’s big.

A cynical soul might wonder if within the NSW Cabinet’s reported disagreements about the lockdown, someone might have said something like: “Well, if we’re going to have a lockdown and Melbourne had a five kilometre radius, we’ll have double – 10km!”

Maybe they had forgotten or never knew the way geometry works, that doubling the five kilometre radius of a circle quadruples the area. π x r2 and all that.

So Sydneysiders have four times the 78.5 square kilometres Melburnians had for lockdown wandering.

Thanks to a tip on the serendipitously named Pedestrian site, meet KM From Home, allegedly a popular tool during Melbourne’s lockdown for drawing exercise borders.

The KM From Home tool quickly demonstrates just how far Sydneysiders can travel to exercise, or meet one friend at a time to share a walk or run.

From the heart of Gladys Berejiklian’s Willoughby electorate, the Premier, if she wished, could ramble from St Ives in the north to Redfern in the south, from along the Manly beach to Ryde. That is a very large swathe of Sydney.

If someone from the COVID hotspot of Auburn wanted to exercise with a Willoughby friend, KM From Home shows they could happily walk the foreshores of Canada Bay or ramble the grassy hectares of Concord’s Yaralla Estate together.

Looking at the map another way, people in pretty much the whole south-west Sydney area of concern have been told they can travel to Lansdowne Park or enjoy Chipping Norton Lake, albeit only in groups of two.

Which all makes it a rather strange version of a lockdown.

It’s rather like the request to only go shopping for essentials and no browsing while you’re at it, but any shop is allowed to be open.

An IKEA store, for heaven’s sake, designed to entrap people in its maze, has delivered 2000 close contacts because it’s just absolutely essential for people to have a FJÄLLBO shelving unit.

According to the IKEA web site and the 10km radius rule, people from Greenwich to Granville, Belmore to Beecroft, can go to exercise their way through the Rhodes’ store labyrinth today.

Within the odd messaging, Sydneysiders have been given the choice of not exercising outside their local government area or their 10km radius.

For the vast majority of people, that is like saying they have to keep a speed limit of 60 kilometres per hour or 200km/h. There are only a half dozen LGAs in greater Sydney bigger than 300 square kilometres – most are smaller than 100 square km, many much smaller.

Of course most people aren’t stupid or misinformed enough to exploit the NSW government’s mixed messaging, the split between those who would let it rip now with the quaint idea that business would be better off with an exponentially spreading plague overwhelming hospitals vs those who would like to quash the virus until we’re sufficiently vaccinated.

But the messaging being “a little bit pregnant” will encourage some folk to indeed be misinformed, stupid or both.

Having missed the opportunity for the lesser states’ “short sharp snap” variety of lockdown, Sydney this week went with the meandering one – all 314 square kilometres of it.

Peter Dutton touted as next Liberal leader as he claimed victory in Dickson
‘The urgency of the situation’: WHO steps in as monkeypox cases erupt around the world
Volodymyr Zelensky: How war will end as Ukraine ‘breaks backbone’ of Russian army
Jim Chalmers decries Coalition waste as Labor hits the hustings amid downpours in Queensland
Anthony Albanese, Scott Morrison cast their votes in Sydney
Australian aces at French Open out to show there’s life after Ash Barty
Premiers and a ‘shape-shifting’ PM take a beating in Coronavirus battle
Today's Stories

Michael Pascoe: The NSW government’s idea of a COVID lockdown is 314 square kilometres to roam