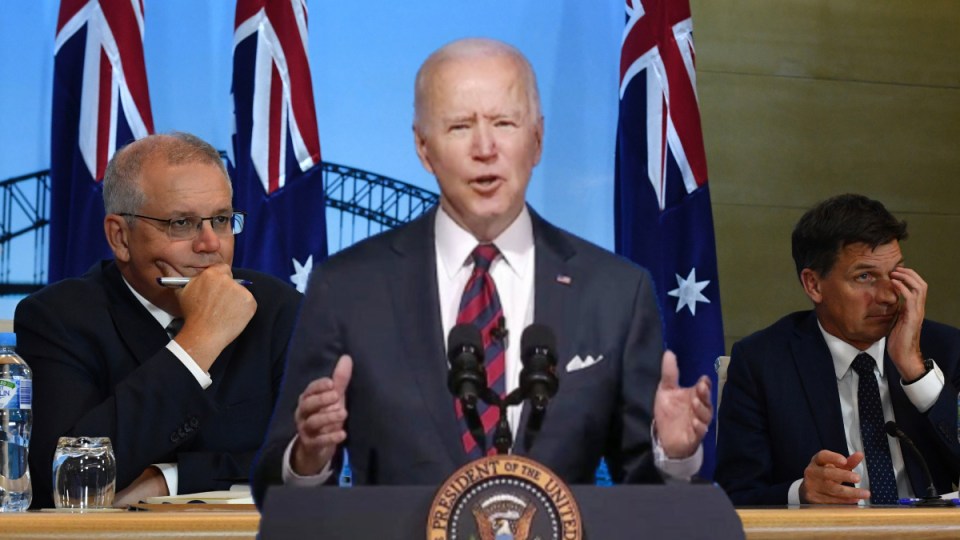 I have sat through countless speeches on climate change from world leaders, both working for the government and outside it, and Prime Minister Scott Morrison’s rant at President Joe Biden’s climate summit last night was one of the worst performances I have ever seen.

Technical glitches and the dreaded mute button were the least of Morrison’s worries, as he mounted the (virtual) stage, armed with three-word slogans, self-congratulations, and downright dodgy greenhouse gas emission numbers.

Most major nations before him (and there were many) had pledged stronger climate targets or concrete policies to curb carbon pollution.  Japan and Canada vowed significant increases on their 2030 targets. India and the Republic of Korea announced new partnerships with the United States. Even Brazil, a highly problematic country in the climate space, announced it would advance its carbon neutrality target by a decade.

In contrast, Morrison’s speech was heavy on bluster, light on policy. No new commitments were brought to the table, further cementing Australia’s inadequate Paris target of a 26-28 per cent reduction in greenhouse gas emissions by 2030. Then like the dinner guest that turns up to a pot-luck empty-handed and complains about what others have brought, Morrison dismissed the serious efforts of other nations whilst offering nothing himself.

When it came time to talk numbers, Morrison’s claim that we have reduced emissions by 19 per cent broadly and 36 per cent excluding exports, had me and many others dumfounded. Where did these numbers come from? What dodgy accounting tricks were at play? Turns out 19 per cent is cherry-picked from the middle of the pandemic and the 36 per cent number is just off the reservation. The PM is reinventing UN accounting rules, asking the world to forget about the rising emissions from the production of gas and coal we export!

If there is one thing we can establish, Morrison can always be relied upon for accounting tricks. Until recently, the Morrison government tried to cash in on leftover carbon credits from the last climate agreement, to avoid reducing emissions required under the current Paris Agreement. This is akin to attempting to use an old Starbucks loyalty card to pay for a Big Mac. Only after he was named and shamed by his international peers did Morrison back away from this dodgy loophole.

Much like a guest knows there are topics you do not talk about at a dinner party, every world leader knows the formalities and conventions of a climate summit. Every world leader it seems, bar Morrison. After undermining the speakers before him by belittling ‘targets’ and ‘promises’ with a tone-deaf arrogance, Morrison went on to awkwardly name-check his big-polluting industry mates, and claim Australia would somehow replicate the US’ success in Silicon Valley through our own ‘hydrogen valleys’.

Morrison rattled off ‘pioneering Australian companies’ from BHP to RioTinto, seemingly forgetting he was speaking on the international stage not addressing the Business Council of Australia at some inner-city wine bar. Perhaps most bizarre, was the name-dropping of Allan Finkel. While most Australian’s probably don’t know who Allan Finkel is, let alone the rest of the world – those who do, likely know him as the former Chief Scientist whose controversial views on gas sparked an open letter from leading Australian scientists.

In December 2019, when I watched Angus Taylor address the United Nations climate talks in Madrid without acknowledging the catastrophic bushfires that were devastating the nation, I thought I’d seen Aussie climate diplomacy at its worst. Then came Morrison’s performance at this summit.

Fortunately, the US had placed Morrison so far down the speaking list that President Biden had already left the room.

The United States – the world’s largest economy and second-largest polluter after China kicked off the event by announcing it would at least halve emissions by 2030, a target that Australia Institute research shows Australia should replicate. If it did, then we would have something to brag about.

Richie Merzian is Climate & Energy Program Director at The Australia Institute. You can follow him on Twitter at @richiemerzian.