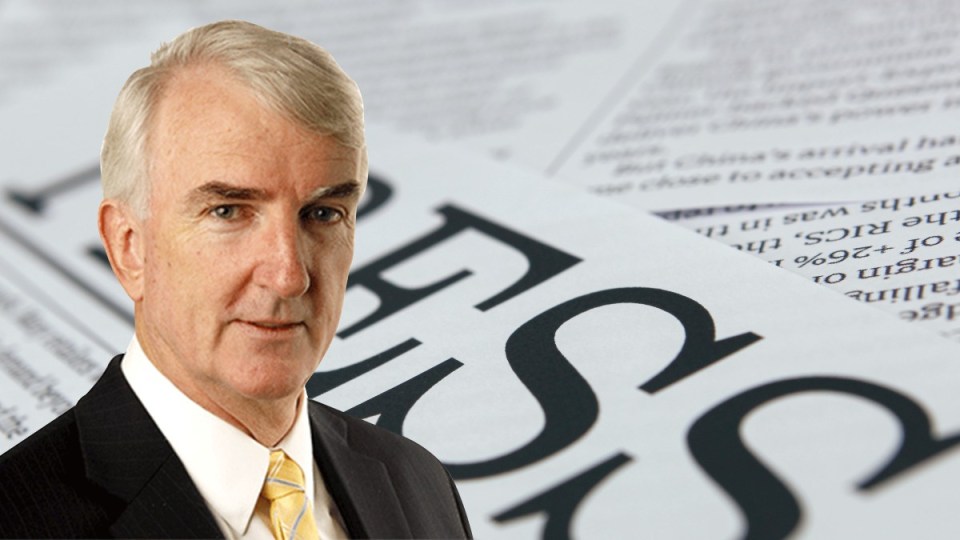 The messages sent by PM Scott Morrison are a warning, Michael Pascoe says.

Scott Morrison’s dirt unit – the one that briefs the Prime Minister on gossip about press gallery bureaux but apparently not about alleged rape in a minister’s office down the hall – is worse than it seemed last week.

And it seemed bad enough. Loading the PM with a “glass houses” line to fire at journalists should the going get tough was not a good look.

His Bill Shorten/Christian Porter “whataboutism” was already wearing thin and he scored no points earlier this month when lecturing journalists as part of his Linda Reynolds defence.

“I’m sure that all of you have found yourself, at a time of frustration, perhaps saying things you regret,” he said.

No, in modern newsrooms alleged rape victims (do we really have to keep saying “alleged”?) are not described as “lying cows” by their bosses to their staff.

But last week’s targeted allegation of Sky News having a HR complaint about a woman being harassed in a toilet went a big step further and backfired much more spectacularly.

First Mr Morrison was caned for apparently publicly airing an allegation that might have been against the wishes of the victim.

What stung him though – and earned an uncharacteristic apology in record time – was News Corp denying his claim. The Prime Minister had his gossip wrong.

Yet that doesn’t change the message Mr Morrison was sending: “You’re free to make your criticisms and stand on that pedestal, but be careful.”

The worst thing about this particular stunt wasn’t airing an allegation that perhaps shouldn’t be aired.

It wasn’t that he was wrong.

It was what he was trying to do: Telling individual journalists he would use his office to go after them, that his people would background against them as they had backgrounded against Brittany Higgins’ partner.

Play along with the government and you’ll be looked after, given a leg up with stories. Annoy us enough, we’ll make you sorry way beyond merely excluding you from the drip.

It was pathetic behaviour. It demeaned the Prime Ministership that someone in the role would threaten to spread gossip about journalists who cause trouble.

Displeased Prime Ministers have certainly been up to delivering a red-hot earful, sometimes very “colourful” earfuls, to journalists and editors. Those who received them generally wore them with pride as badges of courage, indications that they were doing what they should do.

Threatening to spread gossip though or, in last week’s case, trying to spread false gossip, was not the behaviour of a decent or confident Prime Minister secure in his job. Neither is attempting to close down independent publications.

It seems The New Daily displeases this government. Rather than accepting the role of an independent voice holding the government to account, party hacks have sought ways to close TND down.

The government’s proposed super changes include “The New Daily” clause, partly aimed at scuppering @TheNewDailyAu What a strange, vindictive bunch we have “running” the country. https://t.co/JShlJjhbgD

All they have achieved so far is to pressure the ABC to end its commercial relationship with TND – a sad day for the ABC.

Bravo ABC for killing a bad deal with super propagandists: my take in the @dailytelegraph.https://t.co/MbXPThwsXA

Another blow to media diversity. Defies logic and any sense of reasonable behaviour. @TheNewDailyAu has been a loyal customer and passionate supporter and deserved greater consideration. Political pressure wins out. https://t.co/7qsqOJLDMo

He would have us believe his sources don’t tell him what they should while telling him falsehoods that they shouldn’t, mishearing old gallery gossip.

False accusations are dangerous things, as Mr Morrison and News should know better than most.

It was utterly false and defamatory allegations by senior NSW Liberal Party figures that delivered Scott Morrison’s preselection for the seat of Cook in 2007.

Mr Morrison had been defeated for the job by Michael Towke 82 to 8 – but then a Liberal dirt unit went to work, feeding lies to four journalists at the Daily Telegraph.

Such were the lies that a new vote was ordered and Mr Morrison won.

The lies ended up costing the Daily Telegraph a successful defamation action by Mr Towke, who was completely cleared of the allegations, but they had achieved their purpose.

Michael Pascoe: Morrison’s mud throwing is worse than it seems