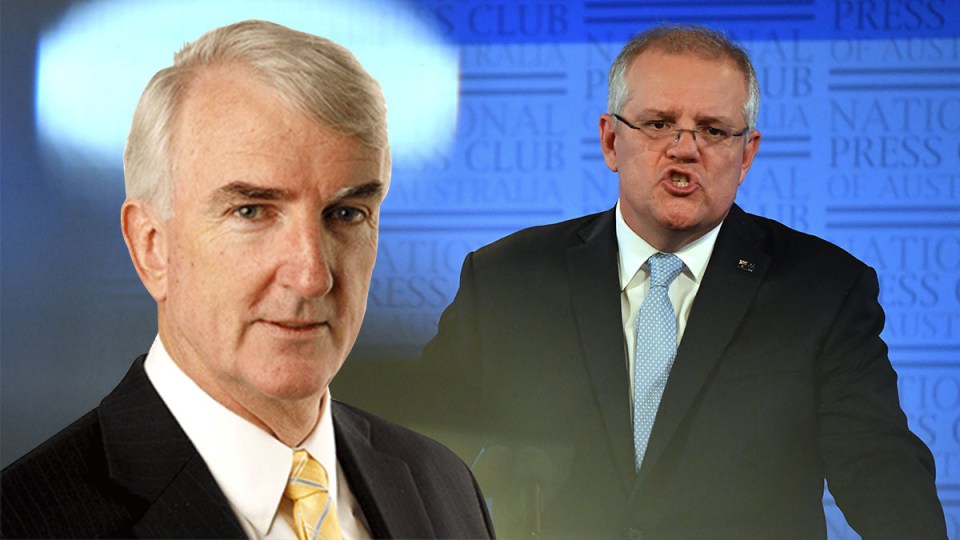 Michael Pascoe says the Morrison government should heed the advice of an esteemed bureaucrat. Photo: TND

Here’s what the government doesn’t want to hear from one of our most distinguished former bureaucrats: It’s barking up the wrong tree on economic recovery policy, blowing money that mostly won’t do what’s required to restore our economic health.

Dr Michael Keating – no relation to the other Keating though he was head of Mr Keating’s Department of Prime Minister and Cabinet – has provided an economic primer that even the average Treasurer could understand.

Writing in The Conversation, he carefully spells out why we’ve run out of interest rates to cut, why concentrating on “supply side” reforms won’t work, what the present Treasury secretary curiously omits in identifying our key problem, and what the government should be concentrating on to get the Australian economy moving again.

Unlike just about every other economist, it’s not the standard “infrastructure spending” recommendation.

“These projects typically employ few people and have either no business cases or business cases of dubious value,” he writes – a little harshly, methinks, but not without reason.

“Nor will it come from general fiscal support, including income tax cuts for high earners with high propensities to save.

“Long term, it will have to involve boosting the earning potential of low earners.”

The Prime Minister and Treasurer have both plighted their troth to the “supply side” with their belief in trickle-down economics, meaning their announced recovery plan concentrates on alleged assistance for business.

Dr Keating is dismissive of supply constraints being the problem: “In the US, former Treasury secretary Lawrence Summers has pointed out that if supply-side constraints were the principal problem, inflation would have been expected to accelerate as capacity to supply fell short of demand, whereas in fact it has decelerated.

What’s more likely is there is insufficient demand for the goods and services the economy is able to supply.

“This would explain why firms are reluctant to invest (and invest in new technology) to make more goods and services, a reluctance that might itself be slowing technological progress and the rate of increase in potential supply so that it better matches the slow increase in demand.”

Dr Keating says that could explain why interest rates have been falling for many years, not just because of the pandemic.

“Businesses don’t need funds to invest on the scale they once would have, however widely available those funds are.”

Dr Keating’s solution will be anathema for this government: “For fiscal policy to be effective from here on, it will need to be directed toward Australians with high propensity to spend and away from Australians with a high propensity to save. This means it will have to adopt as a goal a more egalitarian distribution of incomes, and perhaps wealth.”

Can’t see the present Liberal Party being prepared to consider such heresy, despite ample evidence of the challenge.

It is not just an Australian problem.

Former US Labour Secretary, Robert Reich, has published a short video that highlights one aspect – growth in corporate wealth since the late 1980s has relied on suppressing wages, profits growing at the expense of wages not growing.

Dr Keating finds it surprising that the present Australian Treasury secretary Steven Kennedy doesn’t include changes in our income distribution as a reason for the “savings glut” pushing down interest rates. (Remember that the Reserve Bank was cutting rates because the economy was soft well before COVID hit.)

We’re not as bad as the US, but the trend is present.

“In addition, the unequal distribution of wealth has worsened dramatically.”

Dr Keating gives the government credit for its initial response to the COVID crisis with JobKeeper and the higher JobSeeker payments being of most benefit to lower-income earners.

Beyond that though, Dr Keating’s prescription for a better economic future and the government’s plan agree on only one element – education.

“This will mean, as a first priority, boosting spending on education and training in order to improve skills and earning power and better suit skills to needs.”

Instead, he wants the quality of, and access to, government services improved.

“Services such as aged care have suffered from underfunding, denying employment opportunities to low earners and denying others support.

“In addition, cutting the cost of child care and revamping its means tests would encourage many women to increase their hours of work and thus their family income, as well as creating more jobs for carers.”

Michael Pascoe: What the economy needs next is redistribution