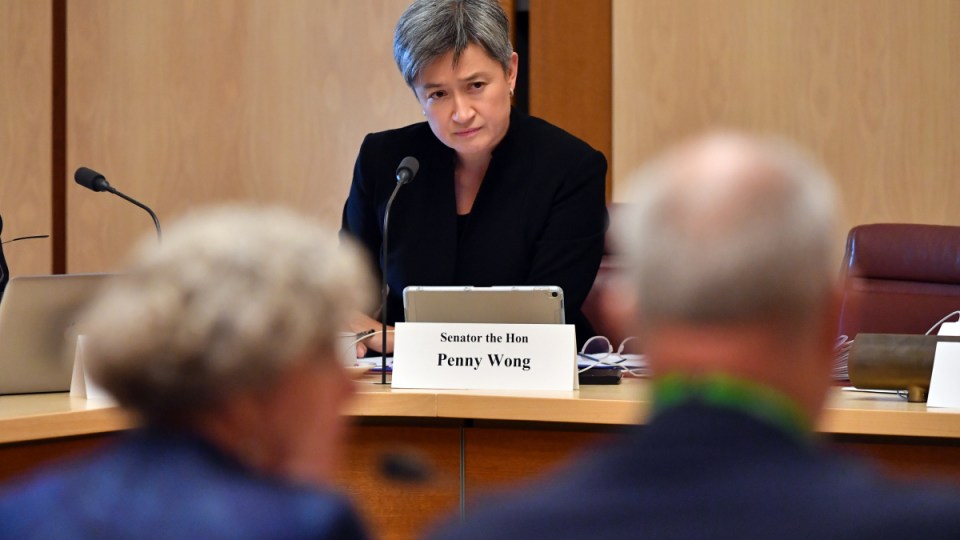 Penny Wong has accused the government of "corruption" in the ongoing sports rorts saga. Photo: AAP

Labor’s Senate leader Penny Wong has accused the Morrison government of “corruption” over the sports rorts affair during a fiery Senate estimates.

Accusing former sports minister Bridget McKenzie of backdating a document to allow funding to flow to marginal seats after the federal election was called, Senator Wong told Parliament it was “probably a criminal offence”.

“I put to you that Senator McKenzie backdated the brief,” Senator Wong said to Finance Minister Mathias Cormann on Monday.

“Just because you make an outrageous allegation against a senator doesn’t make it true,” Senator Cormann said.

The New Daily has contacted Senator McKenzie’s office for comment and a clear denial the documents were backdated.

The claims centre on the fact that Senator McKenzie emailed Prime Minister Scott Morrison on April 10, 2019, outlining the sports grants she intended to approve under the $100 program.

However, the next day, she sent correspondence to Sport Australia claiming grants were finalised on April 4.

Asked again if the documents were backdated, Senator Cormann replied, “To my knowledge, absolutely not.”

Senator McKenzie was forced to quit the front bench after she was found to have broken ministerial rules by not declaring potential conflicts of interest relating to gun club memberships.

“You know what we are asking about but you are hiding this information because it shows that the Prime Minister is up to his neck in this corrupt sports rorts program.”

But Senator Cormann accused Labor of dialling up the outrage to get on the news.

“That is outrageous. You are trying to get on the television. Quite frankly that is a ridiculous assertion,” Senator Cormann said.

It also emerged on Monday that there is only one permanent member of the committee that decided Senator McKenzie’s fate as a minister – Mr Morrison.

“I ask, can he confirm that he is the only permanent member of the cabinet office policy committee?” Labor leader Anthony Albanese asked in question time.

“Is there a lot of disagreement in this committee and are the meeting of this committee held in the prime minister’s head? Isn’t this just an abuse of the cabinet, designed to hide government documents?”

“I can confirm that the government’s committee of cabinet regularly has attending its meetings myself, the Attorney-General, the Deputy Prime Minister and the Treasurer,” he said.