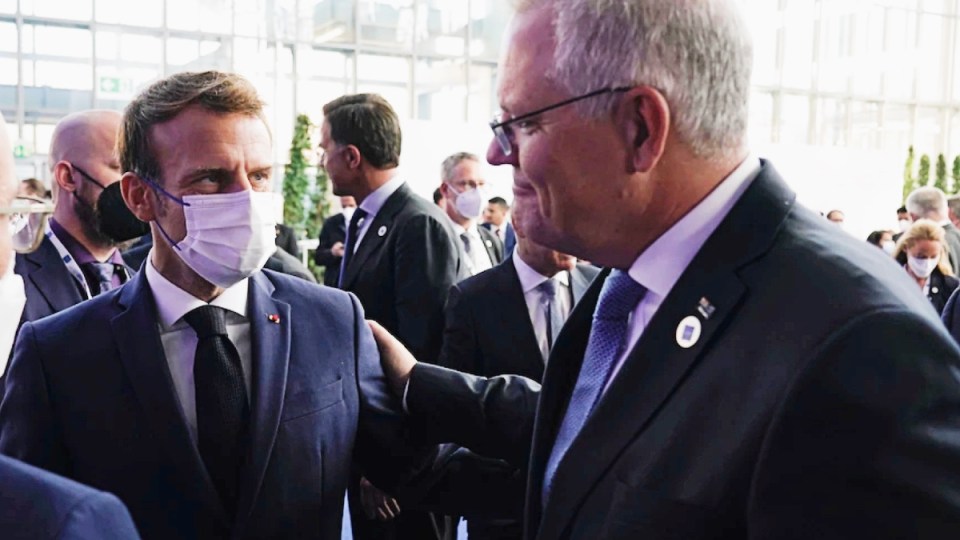 Not long before Scott Morrison was given the boot, France announced that it no longer viewed Australia as one of its partners in the Pacific.

Foreign policy experts say Anthony Albanese’s visit to Paris this week is as much about repairing one of Australia’s oldest partnerships as reviving one of its newest, a powerful asset for competition with China.

Mr Albanese left on Sunday for a NATO leaders summit that reflects the growing links between the south Pacific and northern Europe.

The security grouping’s leaders summit in Madrid will include the PM and his counterparts from Japan, South Korea, and New Zealand, the first addition of such a sizeable Asia-Pacific contingent.

But while he has held off on an RSVP for Ukraine’s President Volodymyr Zelensky, Mr Albanese has announced he will make time to see French President Emmanuel Macron.

That is a natural choice, as the two countries have displayed their commitment to a broad set of values and relationships through many tests dating back to the First World War, according to John Blaxland, a professor of international security and intelligence at ANU.

Though Australia sees the Pacific as vital to its future, France is a much larger part of the region than many realised, he said; it shares a border that splits the less than 1100 kilometres between Brisbane and Noumea.

“France [is a neighbour] to some of the territories in the Pacific that the Chinese Foreign Minister, Wang Yi, has been visiting lately,” Professor Blaxland said.

“They’re an enduring Pacific power […with] a role to play in influencing, and in stabilising, and in consolidating influence, and security and stability and aid.

“France has a not inconsequential military presence in the Pacific and that has been a significant force for good.”

But as Australia has recently declared its intentions to focus foreign policy on that region, talking increasingly tough about responding to China’s rise in the region, a strategy for doing so had been wiped out.

Months before Malcolm Turnbull’s time as prime minister ended, Mr Macron declared the partnership between France and Australia the foundation of an “Indo-Pacific axis” that would foster law and trade across the region.

Not long before Scott Morrison was given the boot, France announced that it no longer viewed Australia as one of its partners in the Pacific.

“But now with Macron re-elected and Anthony Albanese elected here in Australia, this is a significant inflection point.”

Mr Macron’s foreign policy has been welcomed by some critics of Chinese influence as being assertive.

But it has also been described as taking a different tack to the Atlanticism or staunch alignment to Britain and America pursued by his predecessors.

“They put forward ideas that sometimes rub against the policy priorities of the United States or of other western European powers, or of Australia, but which remain broadly in alignment with our interests,” Professor Blaxland said.

“The bottom line is that they recognise that we are in a competition with China over influence in the Pacific, and that Australia is a natural and enduring partner in the pursuit of French interests.”

As Australia joins negotiations on the possible future expansion of NATO, Mr Albanese could find a restored relationship with the French President useful as he sizes up more distant events, such as those in Ukraine.

“For someone like Albanese who’s looking to be a good US ally, but an independent foreign policy actor for the pursuit of Australia’s own interests, conferring with someone like Macron makes eminent sense,” he said.