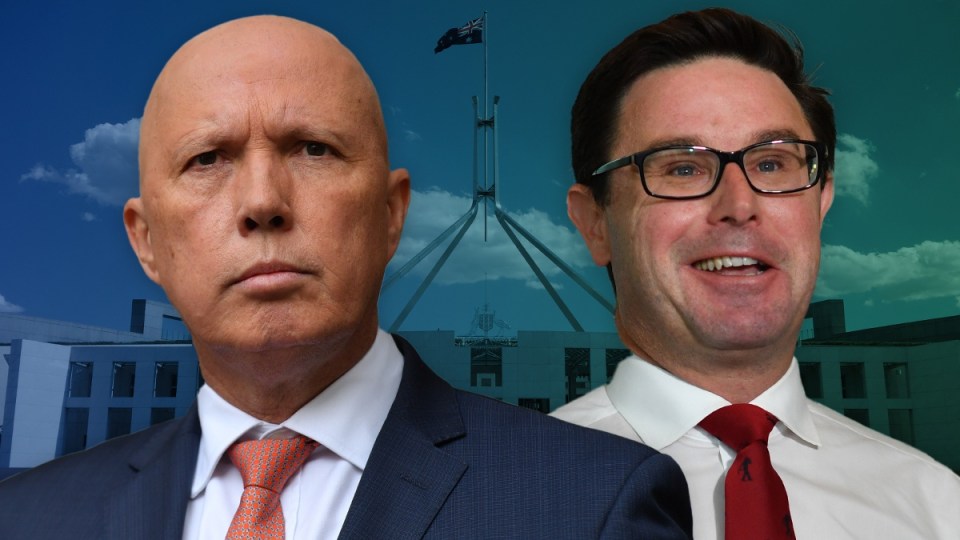 Opposition Leader Peter Dutton has rewarded conservative key allies on a significantly reshuffled front bench that also increases the representation of women and the junior Coalition partner, the Nationals.

“What you’re seeing in this line-up is some fresh faces,” Mr Dutton said. “We have incredible depth of talent.”

A total of 10 women have been named to Mr Dutton’s first shadow cabinet of 24, a rise from seven under former prime minister Scott Morrison.

“It’s important for us to have as many women as possible on the front bench,” Mr Dutton said.

A failure to connect with women voters was listed as a key factor in several election post-mortems; the party lost six greater metropolitan seats to women MPs known as the “teal independents”.

Mr Dutton’s changes to the shadow cabinet reflect a desire to reconnect with women but also include a clutch of promotions for MPs drawn from the party’s conservative wing.

Women ascending the batting order include Victorian Senator Jane Hume, an early backer of Mr Dutton’s who becomes the opposition spokeswoman for finance, and Anne Ruston, who, as predicted, fills a spot left by Greg Hunt in health.

Deputy Sussan Ley will take on skills and training, women and small business, and Michaelia Cash will move to employment and workplace relations.

One woman conspicuously absent from her portfolio is former foreign minister Marise Payne.

New South Wales Liberals had been cautiously jockeying in the expectation that she would announce her retirement from politics – but Mr Dutton said he convinced her to stay in the ministry as shadow cabinet secretary.

Her replacement, Simon Birmingham, has been drawn from the depleted ranks of the moderate wing of the Liberal Party.

But many of the other changes have been to members of the faction of the Liberals of which Mr Dutton had been leader, known as the National Right.

One of Mr Dutton’s early boosters, Angus Taylor, has been named shadow treasurer.

Mr Taylor said he would seek to serve the aspirations of “families and businesses, particularly small businesses across the regions, the suburbs and the cities”.

Also from the faction are Andrew Hastie, who takes Mr Dutton’s old gig as defence spokesman.

Alan Tudge returns to education after a scandal concerning his relationship with a former staffer left his position ambiguous.

Conservative Michael Sukkar is another major promotion; he takes on portfolios for the homelessness, the NDIS and social services.

Factional chieftain Alex Hawke, who leads the “centre-right” grouping in NSW, has been booted off the front bench altogether.

The former immigration minister and ally of Mr Morrison’s had been on the nose with many Liberals who accused him of factional game playing over preselections.

Former employment minister Stuart Robert was another of the former prime minister’s staunchest allies, and reported to have had an eye on the Treasury portfolio, but has instead been allocated the role of assistant shadow treasurer.

Julian Leeser is a new addition and will serve as the shadow attorney-general.

Tasmanian conservative Claire Chandler will be the assistant spokeswoman on foreign affairs.

Senator Chandler had been an ally of failed candidate Katherine Deves on the issue of transgender women in sport, which many party moderates were quick to distance themselves from after the election.

New Nationals leader David Littleproud has won an extra spot for the Nationals, who will take six portfolios under a renegotiated Coalition agreement.

He keeps agriculture, while new deputy Perin Davey is the water spokeswoman.

The promotion most indicative of Mr Littleproud’s new priorities and his strengthened hand is the assumption of the coveted trade portfolio by Kevin Hogan, the northern NSW MP who made a show of moving to the cross bench in protest of challenges to the leadership of former prime minister Malcolm Turnbull.

“The trade portfolio has a long and proud history with the Nationals,” said Mr Littleproud, touting a “revitalised” front bench.

A role has been found for Barnaby Joyce, albeit in the relatively junior position of the shadow minister for veterans affairs.

In the outer ministry, former leader Michael McCormack becomes spokesman on the Pacific and international development, less than three years after he made statements about the region that were taken as a major diplomatic affront in the region.

After a Pacific Island Forum leaders meeting failed to secure Australia’s agreement to a communique proposing the phase out of coal, Mr McCormack said that Pacific islanders would survive because of “aid assistance” and “because many of their workers come here to pick our fruit”.

Mr Dutton was once caught unawares by a microphone making a seeming joke about the climate crisis in the region, comments for which he has had to apologise.

Net-zero opponent and former resources minister Keith Pitt has been given the boot.