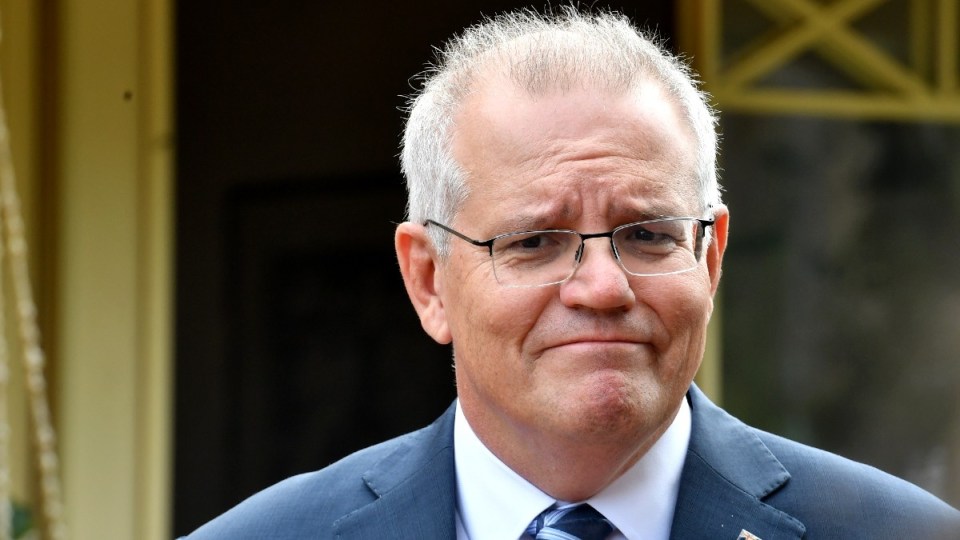 The PM has been forced to deny reports he racially vilified a preselection rival in 2007.

Prime Minister Scott Morrison has been forced to deny reports he used racist slander in his campaign to first enter Parliament, just days before he is due to bring on May’s election.

Last week Liberal Senator Concetta Fierravanti-Wells called Mr Morrison unfit to be Prime Minister and said he had campaigned against a preselection rival, Michael Towke, because of his Lebanese heritage.

The contents of statutory declarations signed in 2016 by Mr Towke and a preselector, Scott Chapman, were made public this weekend – first reported by The Saturday Paper – and included claims Mr Morrison had made comments about the political downsides of Mr Towke’s race while spreading misplaced rumours that he was a Muslim.

“These are quite malicious and bitter slurs, which are deeply offensive, and I reject them absolutely,” Mr Morrison said while campaigning in Tasmania on Sunday.

“I could not reject this more fundamentally.”

All agreed Mr Towke had been hit by a barrage of damaging falsehoods but none could say they had personally seen evidence Mr Morrison was directing it.

“They were all spurious,” he said.

“He just sat there languishing with all the allegations around him.”

Mr McInerney, who was aligned to the party’s conservative wing, says the faction’s votes swung in behind Mr Morrison only after party bosses intervened to annul Mr Towke’s victory and hold another vote.

“None of them wanted it,” he said of the vote. “But there was an appreciation that [Morrison] was … crafty.”

Another Liberal involved in the preselection, who declined to be quoted by name, citing party rules against speaking to the media, said material had been circulated among preselectors attempting to link Mr Towke to local cases of disorderly behaviour.

The emergence of new details about the cloudy circumstances in which Mr Morrison entered Parliament could not have come at a worse time for the Prime Minister, who is trying to sell voters on his budget handouts and has been preparing to formally initiate an election campaign.

It is also not the first time Mr Morrison has been forced to categorically deny accounts that he had sought to seek advantage from bringing race into politics.

Former Liberal candidate and writer Irfan Yusuf said that Mr Morrison, while the boss of the New South Wales Liberals in 2001, had revealed a plan to run a “heavy anti-refugee campaign [that] would destroy Pauline Hanson by stealing her policies”.

A decade later it was reported that Mr Morrison, then opposition immigration spokesman, had suggested before shadow cabinet that the Coalition appeal to voter concerns about “Muslim immigration”.

Mr Morrison said he found that report an “ugly and repugnant” lie.

Ramping up its campaign on Sunday, Labor seized the opportunity to revive questions about Mr Morrison’s character, which had been running hot before Parliament began this year after leaked texts allegedly showed a front-bench colleague calling the Prime Minister a “complete psycho”.

“There’s a pattern here: The people who know Scott Morrison the best, who’ve worked with him the closest, have the lowest opinion of him and are the least likely to trust him.”

Mr Morrison has just two weeks left to officially start the campaign period for a May 21 poll, though last week Coalition MPs believed the poll would be called imminently.

“Scott Morrison told me that, if Michael Towke were to be preselected, there would be a ‘swing against the Liberal Party in Cook’ because of Mr Towke’s Lebanese background,” Mr Chapman said in the untested statutory declaration, according to a report by Nine newspapers.

Mr Towke did not respond to a request for comment on Sunday, nor did Mr Chapman, whose statutory declaration was reported on.