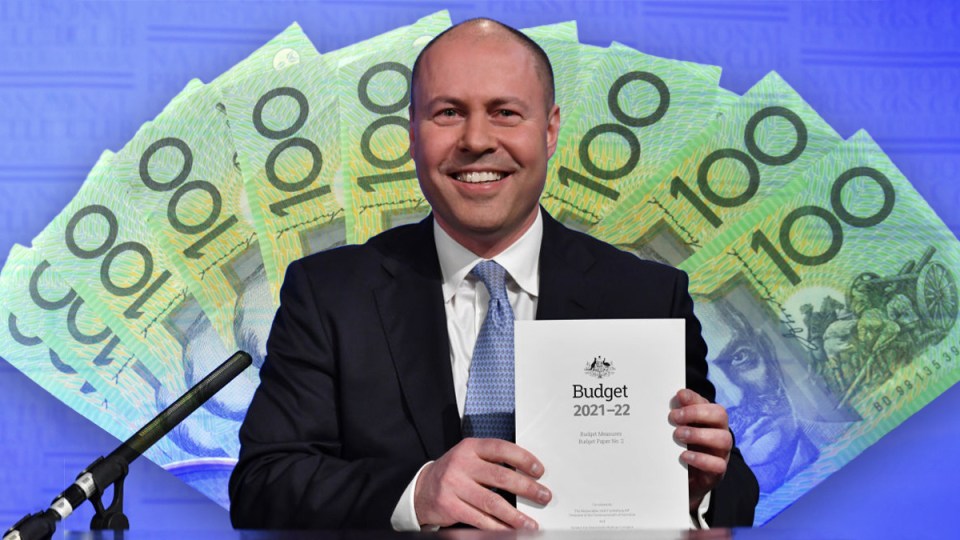 The government is preparing a spending splurge but also a fiscal cutback. Photo: TND

Prime Minister Scott Morrison has strongly suggested petrol tax will be cut in next week’s budget as the government struggles to balance its competing aims of reducing the deficit and giving voters cost-of-living handouts.

As fuel prices surge on the back of Russia’s invasion of Ukraine, Mr Morrison dropped an unmistakeable hint on Monday that the government would proceed with a cut or delayed rise to petrol duties, currently set at 42 cents a litre.

The Prime Minister said the government was paying attention to the rising cost of living in general and fuel in particular.

“Fuel prices just don’t hit the economy and hit family budgets when they fill up [their cars], but they have a knock-on effect across the economy,” he said in Queensland.

“We’ve been carefully considering our response.”

This was a marked shift from Mr Morrison’s non-declarative statements last week and, just days before that, a minister’s flat denial the government was even considering tinkering with the excise.

Experts have urged caution over the unintended consequences of cutting the fuel levy or freezing its rate of increase but others, including state premiers, have been pressuring the government to act.

Even Mr Morrison admits the fuel excise is a perfect example of the difficult balancing act the government will seek to achieve in its pre-election budget.

Some in the government, including Treasurer Josh Frydenberg, are stressing government plans to repair the budget.

Spending ballooned during the first two years of the pandemic, leaving net debt on track to hit $914 billion this year – a figure that leaves most economists untroubled but which concerns many in the Coalition party room.

Mr Frydenberg last week promised a substantial improvement to the bottom line, as well as lower debt and a focus on a return to normal in government finances after two years of massive spending.

But the fiscal discipline focus risks being undermined by policies such as a cut to the petrol tax and many other expensive pre-election handouts expected to find their way into the budget.

The sheer size of the additional pandemic spending over the past two years may allow the Treasurer to say he is still cutting spending overall while also adopting many generous pre-election policy measures.

But the nation’s top economic minds have their eye on the ball and are warning the government not to jeopardise the budget with pre-election giveaways.

Deloitte Access Economics revealed on Monday that surging commodity prices will add an additional $30 billion in tax revenue to the national coffers.

But Canberra’s most influential economic analysts were strident in warning the government not to be complacent about the potential for pre-election sweeteners to undermine the proper direction of economic policy.

Chris Richardson, one of the nation’s most respected commentators on the federal budget and a partner at the firm, told The New Daily one-off measures to increase spending that did not address major policy shortfalls were poor economic policy.

By releasing more money into an already strong economy, such policies run counter to central bank efforts to control inflation by regulating growth in money supply.

“I have got no doubt that [the department of the] Treasury would not approve of such ideas,” he said.

“They also just do not solve any underlying [policy] aims.

“We have to pay for the budget. It’s not in peril, but you want it to be strong enough to withstand the next crisis.

“There is a big gap between good politics and good policy. This stuff is dragging us away from where we need to be headed.”

Among the other budget giveaways insiders expect to be in the mix include the aforementioned beer and petrol excise cuts, an extension of the low-to-middle-income tax offset, and a one-off cost-of-living cash payment of up to more than $200 in value.

Most economists flinch at the ideas.

But there is political precedent for such election giveaways.

In 2001, John Howard found himself in a cost-of-living pickle and froze the fuel excise, stopping its regular increases in line with inflation.

(That freeze cost the budget a cumulative $46 billion, the Australia Institute found, until indexation was restored in 2014).

Mr Howard also paid a one-off, $300 bonus to aged pensioners, after previously offering the same group and self-funded retirees another handout to cope with costs relating to his controversial Goods and Services Tax.

Liberals privately say that the competing concerns are at risk of depriving the budget with much of a clear story to tell.

By trying to achieve budget repair and help voters struggling with price rises, the budget risks being perceived as not doing enough about either.

“This won’t be a very exciting budget, certainly not for one so close to an election,” one Liberal told The New Daily.

“At best it’s going to be steady as she goes.”

But it remains to be seen to what extent these handouts and other last-minute additions will come at the expense of what Coalition insiders say had until recently been slated for inclusion in next week’s budget.

Those include new policies to make home ownership easier and promote women’s economic security, on top of new initiatives on defence and cyber security and new money for aged care.