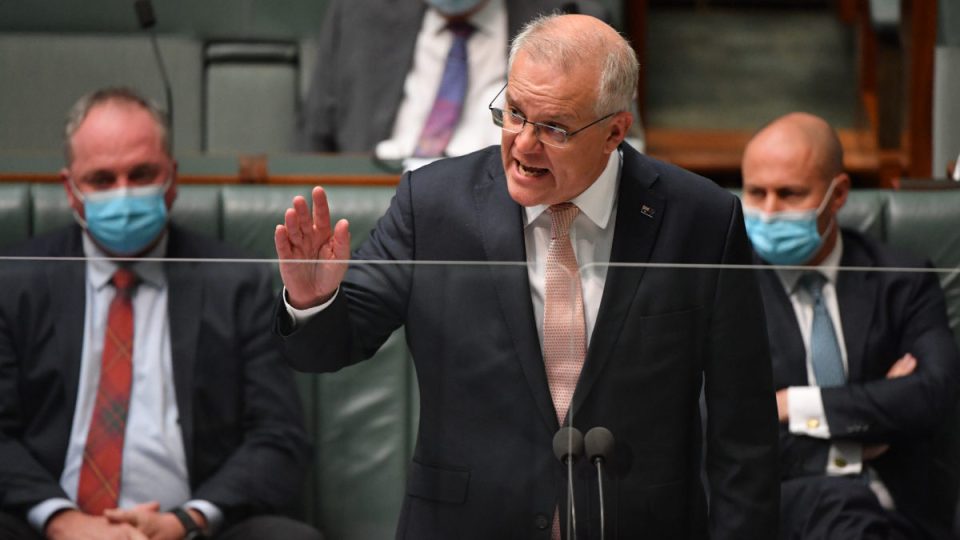 Prime Minister Scott Morrison’s office is refusing to comment on reports he only apologised to abuse survivors in Parliament House last week at the last minute and to avoid being upstaged by Labor.

Last Tuesday Mr Morrison apologised to all staffers and others who had been the victims of sexual assault, bullying and harassment.

“I am sorry; we are sorry,” the Prime Minister said in a speech directed to former Liberal staffer Brittany Higgins and others in the public gallery.

But the sincerity of that declaration is now in question.

A journalist with The Saturday Paper Karen Middleton reported that Mr Morrison never had any intention of addressing Parliament as part of a scheduled apology to victims of abuse.

Middleton reported that only the Speaker of the House of Representatives and president of the Senate were due to deliver apologies until Monday, when Opposition Leader Anthony Albanese signalled his intention to speak.

Only then did Mr Morrison decide he wanted to speak as part of the apology.

But when contacted by The New Daily on Sunday and asked to comment about whether Middleton’s account of events was inaccurate, the Prime Minister’s media team declined to comment.

Ms Higgins and others had been set to miss out on seeing Tuesday’s apology and only secured their place in the public gallery after an intervention from independent MP Zali Steggall.

The former Australian of the Year, child sexual abuse survivor Grace Tame, said the dispute reflected a lack of concern with the substance of the problems which include sexual abuse and workplace culture inside Parliament.

“Their top priority is preserving their own image, not the well-being of the people who’ve been traumatised on their watch,” she said on Twitter.

“This is just further evidence of that.”

Ms Tame and Ms Higgins jointly addressed the National Press Club the day after the apology.

Ms Higgins last year went public with allegations she had been raped while working at Parliament.

The matter is before the courts.