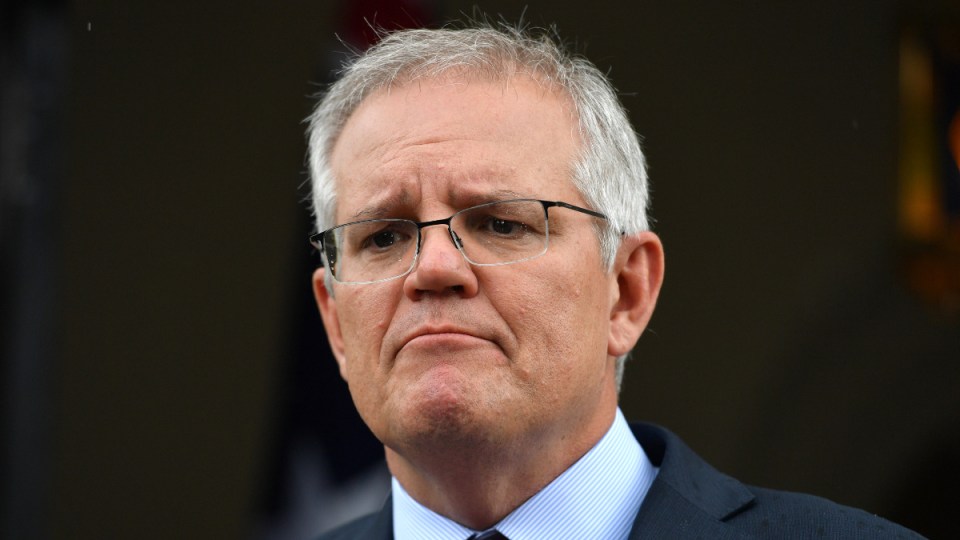 Scott Morrison has fronted Parliament for a statement of acknowledgement on workplace issues. Photo: AAP

Former Australian of the Year Grace Tame has lashed the federal government after formal apologies in parliament on Tuesday for those who have been sexually assaulted, abused, bullied or harassed while working in the building.

Speaker Andrew Wallace gave the extraordinary statement on the first sitting day of 2022 on Tuesday.

It was the first of 28 recommendations of sex discrimination commissioner Kate Jenkins’ review into the toxic culture at Parliament House.

Mr Wallace said parliament had failed to make meaningful change to cultures and practices in the past but would listen to people who had participated in commissioner Jenkins’ review.

“Parliamentary workers feel pride in working for the country and the privilege and honour of making a difference or the Australian people. However, for far too many, it has not been safe or respectful,” he said.

“While we know we cannot undo the harm that has already been done, we are committed to acknowledging the mistakes of the past, and continuing to build safe and respectful workplaces.”

The review was triggered after former Liberal staffer Brittany Higgins went public last year with allegations she had been raped inside the office of then defence minister Linda Reynolds.

Ms Higgins was among a handful of women who have alleged abuse or assault at parliament who were in the House of Representatives’ public gallery for Tuesday’s apologies.

Ms Tame, a sexual abuse survivor, was not there. But she blasted Tuesday’s speeches as a “stunt” in a tweet shortly after – and demanded more “proactive, preventative measures”.

Ms Higgins reportedly left the gallery in tears. She was briefly comforted by another former Liberal staffer Rachelle Miller – who has levelled allegations of abuse against Coalition minister Alan Tudge during a consensual affair (he denies the claims).

Ms Miller returned to the gallery, but Ms Higgins did not. Afterwards, Ms Miller said she felt vindicated by the apology.

“It felt like, finally, what I’ve been saying all along – that this culture is  unacceptable – was being recognised and acknowledged,” she told the ABC.

“But it is only the first step. I thought the Prime Minister’s words were genuine but again, it’s just words and we really need now to see action.”

Prime Minister Scott Morrison used his own speech to thank Ms Higgins directly for her role in bringing to light the issues facing many employees, particularly women.

“Whose experience, and more importantly courage, is the reason why we are all here today,” he told Parliament.

“I am sorry to Ms Higgins for the terrible things that took place here. The place that should have been a place for safety, that turned out to be a nightmare.

“I am sorry for far more than that. All those that came before Ms Higgins … but she had the courage to speak, and so here we are.”

Mr Morrison said the people responsible for the bullying and harassment would be exposed.

“The light will come to those behaviours, as it must,” he said.

“We cannot undo what is already done. But if we have the will, we can break out of the cycle for good. Together,” he said.

“A lot of staff members have been failed over the years. But they still had the grace to show us the path forward.”

“You have torn through a silence that has acted as the life-support system for the most odious of status quos,” he said.

“To describe your experiences is to relive them.”