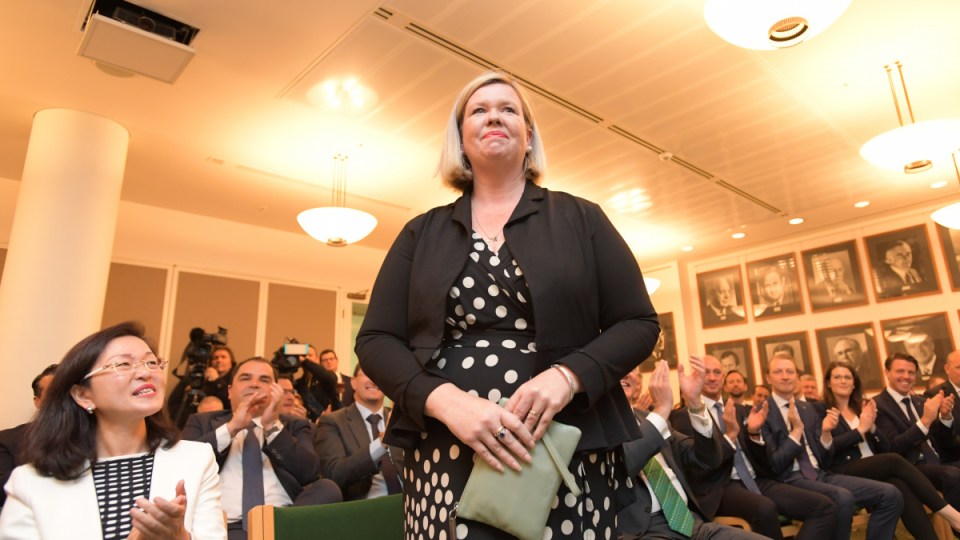 The Morrison government reached a fractious compromise on its first major political test of the year on Tuesday over a proposed law to protect the rights of schools to observe religious beliefs without breaching anti-discrimination law.

The question of whether the political hot potato would be kicked into Labor’s court to decide as early as Wednesday was shaping up to be hanging by a thread.

Proposed religious discrimination legislation would protect the rights of schools to voice their views on potentially deeply divisive questions of faith while having certain immunity to anti-discrimination laws.

A majority of government MPs, even those from a previously dissident bloc of party moderates, were on Tuesday evening lending their support to the proposed legislation.

But a compromise only came after a protracted internal debate that at one point left the legislation almost certain to die before its introduction to the House of Representatives.

The threat of potentially legislating to allow independent schools to discriminate against students on issues of gender fluidity – but not a student’s sexual orientation – drew some high-profile opponents.

The bill, which has been rejected twice before, was amended before its reintroduction on Monday to expressly include a promised bid to outlaw discrimination against students on the grounds of sexual preference.

But that exemption did not cover transgender students.

So called moderates, including Senator Andrew Bragg and MPs Bridget Archer, Jason Falinski and Trent Zimmerman, spoke out in opposition to the plan, on the grounds of potential discrimination on gender identity.

“There seemed to be a philosophical gap which the party could not bridge,” one Coalition MP told The New Daily.

“The Prime Minister [Scott Morrison] looked around, sensed the depth of feeling and realised he wasn’t there.”

Accordingly, the government scrapped plans to debate the bill on Monday and instead sent it back to the party room for further debate after question time.

Some party MPs, such as Tasmanian Senator Eric Abetz, spoke forcefully in favour of schools’ right to discriminate on matters of sincerely held religious belief but did little to win over the undecided in the party room.

Attorney-General Michaelia Cash struck a philosophical note about the dividing line between assuring children’s safety but removing the right for religious institutions to uphold views on gender failure.

In the end, MPs say it was a speech from the unlikely corner of conservative MP Kevin Andrews that won over the majority of members in the spirit of brokering an agreement.

Compromise, Mr Andrews said, was important and necessary if it were to ensure that people no longer viewed the act as being about discrimination, instead of protecting a sincerely held belief.

One MP, previously in opposition, said their view had been swung around by a promise to have the Australian Law Reform Commission review the law’s effect on transgender children and others one year on from implementation.

“This will not increase discrimination; it will prevent it,” the MP said.

But while that view may reflect the perspective of a majority within the party room, the government’s one-seat majority is vulnerable to even the slightest of internal opposition.

Whether it can get across the line in Parliament, where insiders predict it will be introduced as early as Wednesday, depends on a handful of previously defiant MPs.

Ms Archer earlier told Parliament she was “horrified” about the potential of the bill.

“I fear it may risk lives,” she said.

Others said that Nationals renegade George Christensen was also likely to oppose the bill but for ideologically inverse reasons. (Conservatives oppose the bill, generally, because they do not think it goes far enough to enshrine religious protections.)

That leaves the bill – and a chance to make Labor responsible for a final ruling on the fraught issue – hanging in the balance.

For now, a majority of opposition MPs will be doing their own sums between choosing to stop potential discrimination or fight the perception that the party has been too unfriendly to religious communities.

Whether they face up to such a difficult decision day will depend on a handful of Coalition holdouts such as prominent moderate Mr Zimmerman, who was refusing to take calls on Tuesday night.