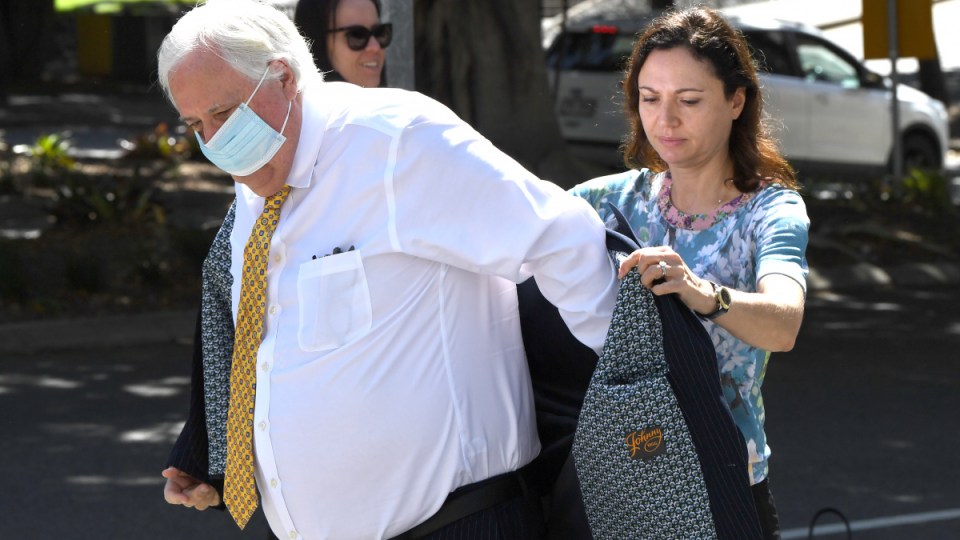 Businessman and political aspirant Clive Palmer has been taken to hospital for another COVID test after being sick for at least two days at his Gold Coast home.

Queensland Ambulance Service said one patient was picked up from a Paradise Point home and transported to a private hospital on Thursday afternoon.

It followed multiple media reports that Mr Palmer and his wife Anna had both been taken from their Sovereign Island home to hospital.

The 67-year-old, who’s unvaccinated, has been sick with “flu-like symptoms” for at least two days after testing negative for COVID-19.

It is understood that Mr Palmer isn’t being admitted for treatment, but has been taken to hospital for another test. He was sent home from hospital later in the day.

It comes two days after Mr Palmer, who is also president of the United Australia Party, cancelled a speech to the National Press Club in Canberra because of what a spokesman said were “flu-like symptoms”.

Mr Palmer is a trenchant supporter of protests and court action against vaccine mandates and health-related restrictions. In December, he told the Federal Court he was not vaccinated against the virus.

Sources told the Nine newspapers on Thursday that while Mr Palmer arrived at the hospital with “COVID-like” symptoms, he had not been formally diagnosed with COVID.

The newspapers said Mr Palmer has a long history of breathing difficulties, including suffering asthma as a child and sleep apnoea as an adult.

Last week, Mr Palmer was in court in Sydney to give evidence in his defamation trial against Western Australian Premier Mark McGowan. The trial relates to comments about WA’s strict border rules.

Mr Palmer held the Queensland federal seat of Fairfax from 2013-2016.

He is the United Australia Party’s candidate for the Senate in Queensland at this year’s federal election. His party will stand candidates in seats in both houses.

Last election, Mr Palmer spent more than $80 million on advertising. That is expected to be replicated in the lead up to the 2022 poll.