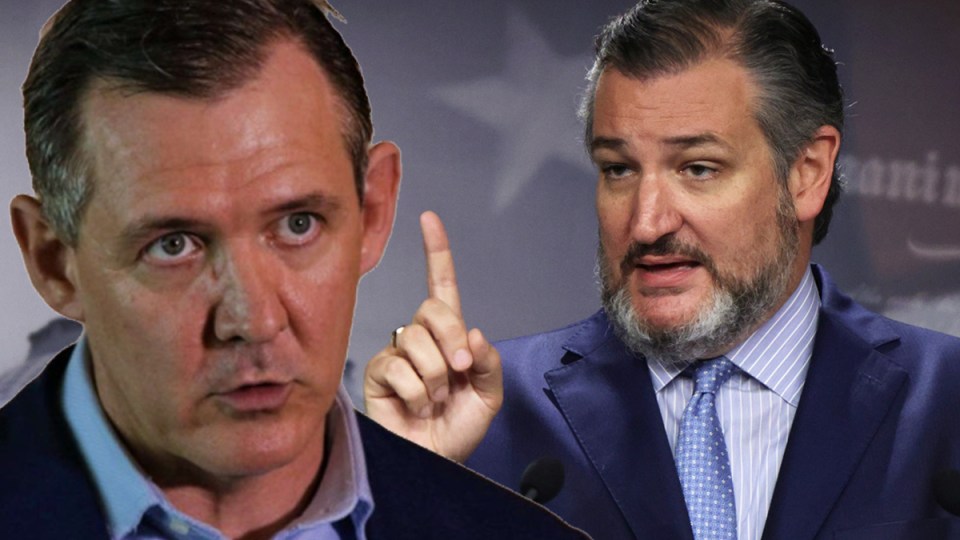 The Northern Territory’s chief minister has taken brutal aim at a controversial US senator who accused Australia of “COVID tyranny” over vaccines.

Michael Gunner blasted Ted Cruz, telling him “you know nothing about us” after the Texas senator weighed in on the NT’s decision to require thousands of workers to be vaccinated against the virus.

“I love the Aussies. Their history of rugged independence is legendary; I’ve always said Australia is the Texas of the Pacific,” Senator Cruz wrote on Twitter last week.

“The COVID tyranny of their current government is disgraceful and sad. Individual liberty matters. I stand with the people of Australia.”

Senator Cruz’s tweet, which drew an extraordinary response online, included a video clip of Mr Gunner announcing the NT would require everyone working in a public-facing role to be fully vaccinated.

The mandate includes workers involved in “essential infrastructure, food or essential goods security or supply, or logistics in the Northern Territory”.

They must have received at least one dose by November 12 and their second by December 24. Those who don’t will be banned from their workplace, and face fines if they flout that.

“If your job includes interacting with members of the public then you need to get the jab,” Mr Gunner said during his announcement.

In Texas, as in many American states, COVID vaccination remains controversial. Last week, Governor Greg Abbott barred all COVID-19 vaccine mandates – by any entity, including private employers – and described a call by President Joe Biden’s administration for mandatory vaccines as “bullying”.

Senator Cruz’s intervention was particularly unwelcome in Darwin, with Mr Gunner penning a stern reply on Monday – offering “a few facts about COVID down here”.

“Hey Ted Cruz, g’day from the Northern Territory in Australia. Here are some facts. Nearly 70,000 Texans have tragically died from Covid. There have been zero deaths in the Territory. Did you know that?” he wrote.

Mr Gunner pointed out that vaccination was key to protecting Indigenous people, who belonged to “the oldest continuous living culture on the planet”.

“We’ve done whatever it takes to protect the Territory. That’s kept us safe and free. We have been in lockdown for just eight days in 18 months. Our businesses and schools are all open. Did you know that?” he said.

“We don’t need your lectures, thanks mate. You know nothing about us. And if you stand against a lifesaving vaccine, then you sure as hell don’t stand with Australia.

“I love Texas (go Longhorns), but when it comes to Covid, I’m glad we are nothing like you.”

Vaccination rates in the NT lag much of Australia, with 59 per cent of over-16s fully vaccinated according to the latest federal government data. Just under 71 per cent are partially vaccinated.

‘You know nothing about us’: NT Chief Minister’s blast for Ted Cruz