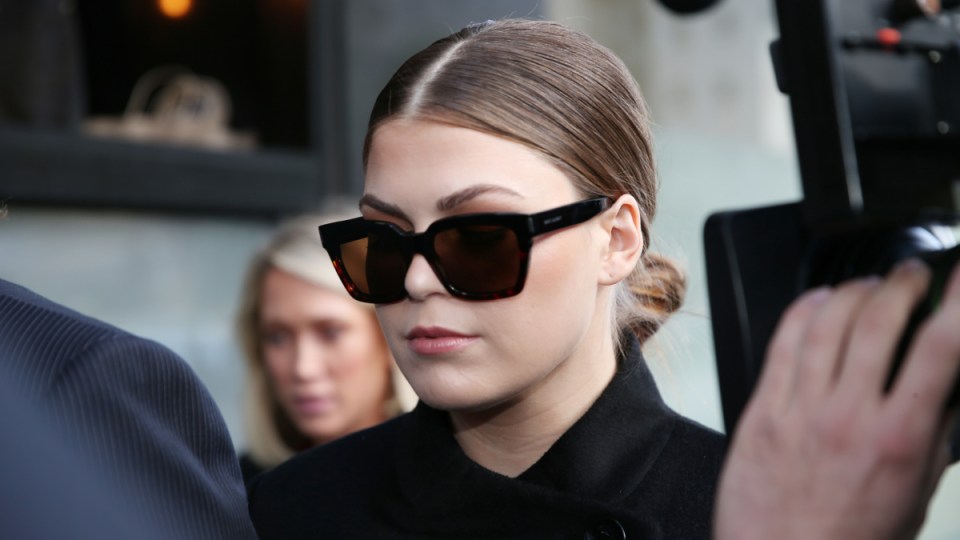 Belle Gibson leaves the Federal Court in Melbourne in May 2019. Photo: AAP

Cancer fraudster Belle Gibson’s Melbourne home has been raided more than two years after she failed to pay a fine imposed for falsely claiming she cured herself of brain cancer.

The Sheriff’s Office of Victoria raided the 28-year-old’s home in Northcote, in Melbourne’s inner-north, on Wednesday.

Items were seized to sell to recoup Gibson’s unpaid fine, which was initially $410,000 but has grown to more than half a million dollars with costs and interest.

“Consumer Affairs Victoria is committed to recovering the debt Ms Gibson owes the Victorian public and will continue to pursue Ms Gibson until it is repaid in full,” a spokeswoman said.

Gibson last appeared in court in June 2019, when it was revealed she had spent more than $90,000 in two years, including $13,000 on clothing, accessories and cosmetics. She had also travelled to Bali and Africa.

“I don’t believe your figure is correct,” she told the Federal Court at the time.

Gibson told the court a man named Clive – who she said lived in the Northcote home with her and her son — was helping with her living costs.

She also said Clive paid for her African trip – but he was not her partner and she did not know what he did for a living.

However, Gibson said she could not pay the penalty.

The court imposed the fine in September 2017 after Gibson was found guilty of misleading and deceptive conduct. It found she misled her readers when she claimed alternative therapies and nutrition had cured her brain cancer.

Gibson made $420,000 through a social media empire, cookbook and app based on the claims. She claimed to have donated much of her profits to charities but actually donated only about $10,000.

Consumer Affairs Victoria launched an investigation and brought a civil case against Gibson and her company Inkerman Road Nominees, which has been shut down.