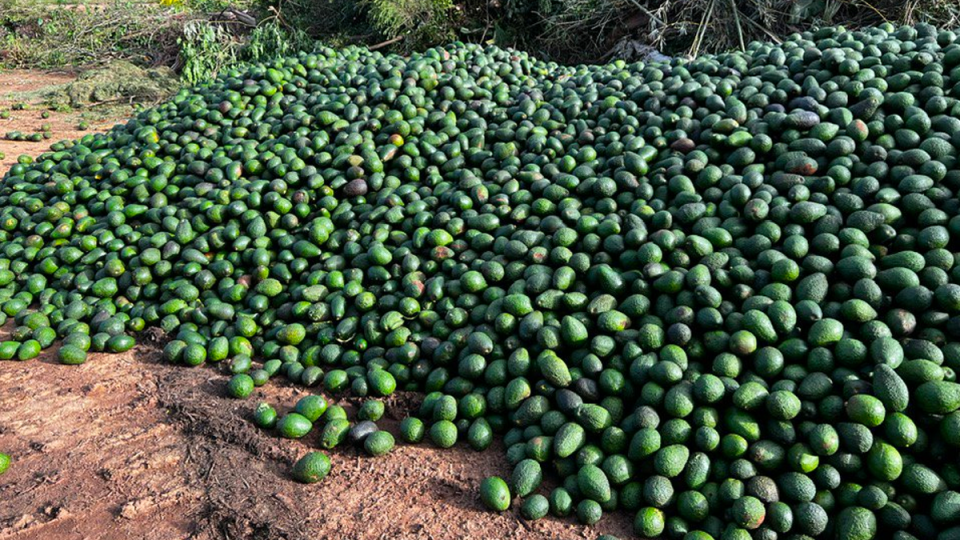 The dumping of "truckloads" of avocados in Atherton, Queensland, has sparked outrage online. Photo: Facebook

Avocado farmers have been forced to dump their harvests as low prices prevent them from recouping transport and labour costs.

Grocery comparison app Frugl recorded an average price of $1.65 at Woolworths and $1.75 at Coles for Hass avocados in May.

The downside to these bargain prices is that farmers are suffering.

One viral video from the weekend shows 50 to 100 tonnes of Hass avocados grown in the Mareeba area that were dumped at a landfill site in Atherton, Queensland.

Landfill workers affirmed the veracity of the video to The New Daily.

The video sparked outrage on social media about Australian avocados supposedly going to waste, thanks to cheap imports from New Zealand.

However, the Far North Queensland avocado crop is predictably strong at this time of year, meaning imports don’t enter the market until much later on.

A spokesperson for Avocados Australia pointed out that these dumped avocados in the viral video weren’t suitable for consumers in the first place.

“The product is basically a combination of process grade [fruit] and other fruit with insects/disease/misshapen/sunburn that may not be acceptable in process grade,” a spokesperson told TND.

“The probable financial return in trying to place this fruit somewhere was so low as it would be difficult to even recover costs of labour, packaging, freight, which all have increased significantly.”

Even though these avocados weren’t necessarily good to eat, low prices in store for consumer-grade fruit mean that farmers have had to cut back on labour and transport across the board, and that includes the disposal of sub-par fruit.

According to Frugl, Hass avocado prices in supermarkets have remained below $2 all year.

However, the current average prices of $1.65 at Woolworths and $1.75 at Coles are still higher than the lows of $1.10 seen several months ago.

Prices could fall again as fruits grown around Bundaberg ripen in a few months’ time.

But don’t feel bad about taking advantage of these low prices at the checkout.