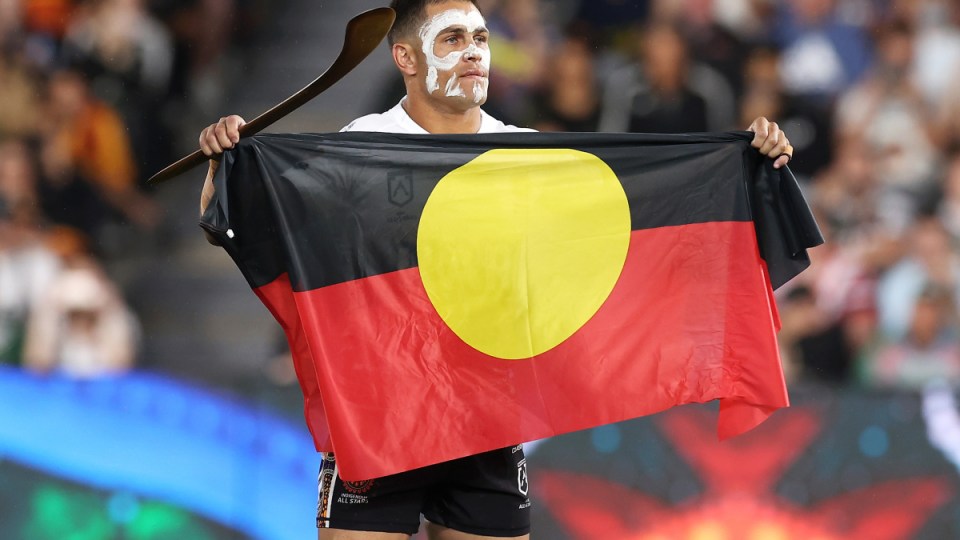 The Indigenous artist who designed the Aboriginal flag received more than two-thirds of the $20.05 million paid by the federal government to secure its copyright.

In a Senate estimates hearing on Friday, the National Indigenous Australians Agency revealed artist Harold Thomas received $13.75 million and retains the moral ownership of the flag as the creator.

The two companies previously given exclusive rights to the use of the flag by Mr Thomas – WAM Clothing and Wooster Holdings – received $5.2 million and $1.1 million respectively.

The federal government spent an additional $500,000 on legal advice during the negotiations for the copyright deal.

Department representative Blair Exell told the committee the deal did not affect funding for any planned future NIAA programs.

The government announced the deal, which allows the flag to be freely available for public use, a month ago.

As part of the agreement, it was announced an annual scholarship will be provided to Indigenous students in Mr Thomas’ honour, and an original painting celebrating the flag’s 50th anniversary will be displayed by the government.

Mr Thomas has said he will use $2 million to make an Australian Aboriginal Flag Legacy non-profit.

Dennis Atkins: Morrison lost an election he should not have lost. And he still doesn’t get why
Australia launches new $10m business brand
Today's Stories