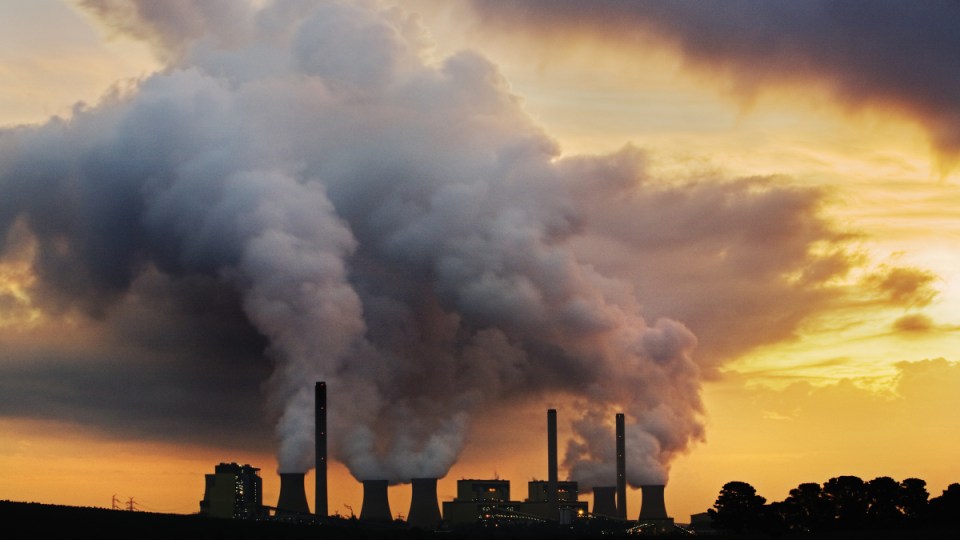 Australia might exploit a range of loopholes to get to net zero, writes Richie Merzian. Photo: Getty
opinion

If you’ve ever seen the TV food series Nailed It!, or if you yourself are an amateur cook with a colourful track record, you’ll know that things don’t always turn out the way they look on the packet.

This month, Prime Minister Scott Morrison will likely announce a net-zero emissions by 2050 target. On the packet, the concept of a net-zero 2050 target looks good.

A well-executed long-term target could be used to shape interim targets, hold governments to account, and drive the actions needed over the next decade to curb catastrophic climate change.

A poorly executed long-term target, however, is meaningless at best and a greenwashing ploy to prolong the fossil fuel industry at worst. It is almost certain that Morrison’s target will fall into the latter category.

Any commitment to net-zero emissions by 2050 is a fraud if gas and coal are allowed to expand.

There is a wide array of net-zero loopholes Morrison might exploit in order to cheat on climate action once again.

To spot the loopholes, it’s helpful to consider what makes a good practice net-zero target. This recipe can be whittled down to a few core ingredients.

To begin with, a good practice net-zero target should cover all sectors, all greenhouse gases, and all sources of emissions.

The idea of excluding entire sectors or sources sounds brazen, but the Morrison government already has a poor track record in this regard.

A good practice net-zero target should be legally binding, to ensure the government is held to account and to compel industry compliance.

It should be enshrined in law, not a mere preference (this goes for states like Western Australia, as well as the federal government).

The bill would have bound Australian governments to enforceable targets, much like in the UK, which is on track to cut emissions 68 per cent this decade.

Instead, the Climate Change Bill was rejected by the government-stacked parliamentary committee in July, including by ‘moderate liberals’.

The bill has been updated with stronger short-term targets and will be reintroduced by Ms Steggall on October 18 before COP26.

The government is currently crowing about reducing emissions 20 per cent in the past 15 years – yet most of that fall has come from misleading land-use changes.

Take that away and emissions, including in the high-polluting energy sector, have gone up. Australia remains heavily reliant on dirty fossil fuels.

Land-use changes are controversial and are often the result of state land-clearing laws, not federal climate policy.

This has been a long-running controversy both in meeting government targets and in generating carbon credits.

Only last year the government was still planning to ‘cheat’ its way to meeting targets using dodgy old credits generated from land-use changes in the 1990s.

Most importantly, a good practice net-zero 2050 target should have an immediate impact.

And that is what the Glasgow Climate Conference is about – increasing, not delaying short-term action.

The Australia Institute’s Climate of the Nation 2021 survey comes out on Wednesday, October 13.

The longest-running survey on climate attitudes will show most Australians want a net-zero pathway that immediately halts new coal, gas and oil projects and plans to phase out coal power stations.

Yes, it is unlikely Prime Minister Morrison will follow this credible net-zero recipe. But it is almost certain he’ll claim he’s nailed it.

Unlike a comical recipe fail, Scott Morrison’s net-zero target fail will be deliberately orchestrated – a delicate balance between appeasing his Nationals colleagues and delivering the absolutely bare minimum required to get through the Glasgow summit and upcoming election.

It will be a target informed by marketing, not science, steeped in greenwashing and served with a side of the predatory delay.

It’s why The Australia Institute has put out an advertisement of its own to explain that net zero by 2050 is a fraud if gas and coal continue to expand.

We’ve already had a taste of the perverse loopholes this target might include, with the Nationals’ proposed ransom bill of a $250 billion mining fund in exchange for net zero by 2050.

As Australia Institute research director Rod Campbell told The New Daily, this price tag could “buy the entire coal industry … and shut it down in an orderly fashion”. Probably with change to spare.

When the Prime Minister fronts the media armed with net-zero announceables and claims of climate pragmatism, be sceptical.

At the end of the day, the PM wants to pat the back of the fossil fuel industry with one hand, assuring them that nothing much will change, while publicly unfurling a list of his climate change achievements with the other.

He can’t have his cake and eat it too.

Richie Merzian is the climate & energy program director at independent think tank, The Australia Institute. Follow him on Twitter @RichieMerzian

Richie Merzian: Net zero by 2050 is a fraud if fossil fuels flourish