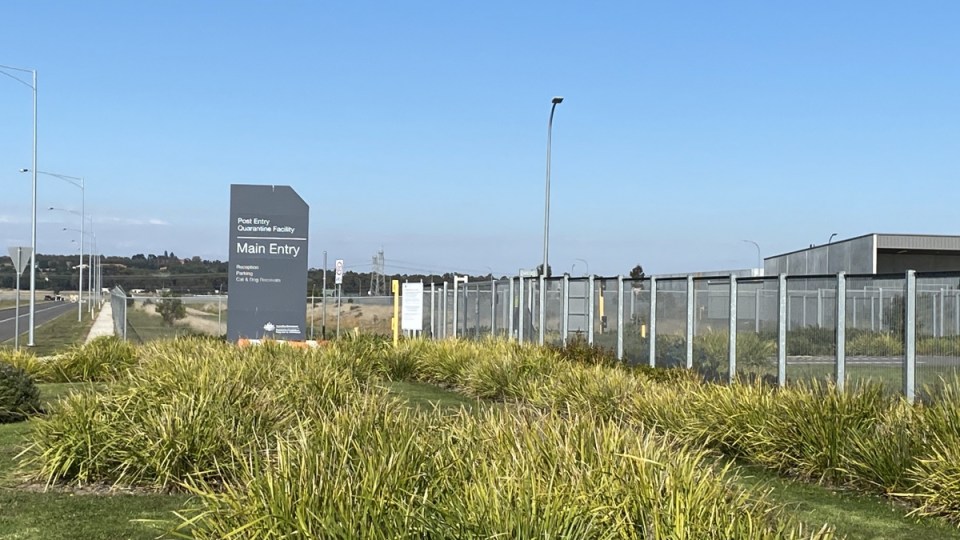 The Victorian government’s pledge to build a first-class quarantine hub in Melbourne’s north could be little more than a headline grab.

The New Daily revealed invested parties were not aware of the plan until it was announced to media on Thursday.

The proposed site is on Commonwealth land, next to the Mickleham Post Entry Quarantine facility used by the federal Department of Agriculture to quarantine cats, dogs and other animals that have come to Australia from overseas.

When TND visited the site early on Thursday, staff members at the pet quarantine facility and agriculture department appeared surprised by the media attention.

One staff member said they were aware the Victorian government was investigating several potential sites to build a quarantine hub, but only found out this particular location had been chosen after reading a news report on Thursday morning.

The local council was also blindsided.

“Council has requested an urgent meeting with the Victorian Government about its proposal to establish a COVID quarantine facility in Mickleham,” Hume City Council wrote on Twitter on Thursday night.

“Council has not been consulted prior to today’s announcement and is seeking further clarification.”

Notably, the project would not begin construction until September at the earliest.

The big catch? It would need approval, and $100 million just for the initial build, from the federal government.

Mr Merlino said the Morrison government should pay for the hub’s construction and “ultimately take ownership of this facility”, as quarantine was constitutionally a federal government responsibility.

If it goes ahead, the proposed quarantine hub will solve many of the issues related to hotel quarantine that epidemiologists have been warning us about.

Located more than 30 kilometres north of Melbourne’s CBD, the site is far away from densely populated areas – something Professor Adrian Esterman, an epidemiologist at the University of South Australia, has been recommending for months.

It will be based on the Northern Territory’s Howard Springs model, which involves individual cabin-style buildings that have open windows to allow for fresh air.

Proper air ventilation is a key concern of Professor Mary-Louise McLaws, an infectious diseases expert at the University of New South Wales and member of the WHO’s COVID-19 response team.

She has long called for hospital-grade ventilation systems and open windows at quarantine facilities to help stop the virus from spreading via airborne particles.

Plans for the quarantine hub also include dedicated catering, laundry and other services.

There were 10 sites investigated for their potential use, with proximity to the airport, CBD and health services all part of the business case.

Mr Merlino said the state would immediately begin design and planning work “to ensure we don’t waste any time”.

It is anticipated it would take four months to design and plan the facility, and a further four to construct the accommodation, meaning it could be operational by the end of the year.

Over to the federal government…