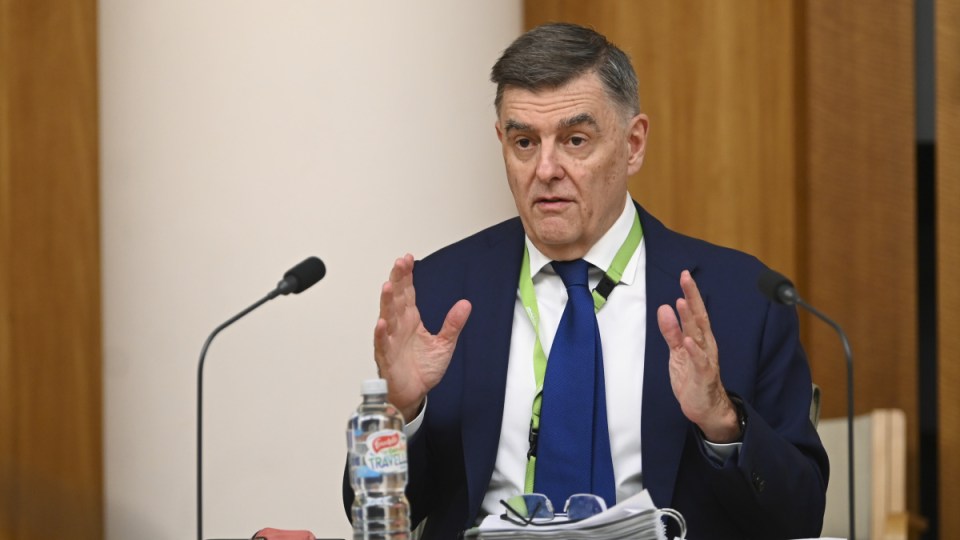 After months of repeatedly assuring Australians public our vaccine rollout is on track, health department secretary Brendan Murphy has conceded it is behind schedule.

“Clearly our rollout was slower than we originally anticipated,” Professor Murphy told a Senate estimates hearing on Wednesday.

Prime Minister Scott Morrison initially promised four million vaccinations would be delivered by March, with the entire nation receiving a jab by October. That timetable was soon kicked out to April, but there are questions about whether even that delayed target is achievable, considering vaccine supply delays and issues with the booking system for GPs.

In a positive step, however, the first batch of Australian-made AstraZeneca doses has been approved. About 500,000 doses will be produced each week.

On Wednesday, Dr Murphy revealed only 312,502 vaccinations had been administered across Australia by Monday night. He blamed the delay largely on the European Union’s decision to send us only 700,000 AstraZeneca doses so far, instead an expected 3.8 million.

“At various stages early in the program, we anticipated if we got all of the international doses, we could’ve achieved that four million dose [target] that was talked about at the time,” he told the hearing.

“But that was patently unachievable given that we didn’t get those international doses.”

‘Why then, was the Prime Minister predicting as early as the 7th of January that we would administer four million vaccines by the end of March?” Senator Murray Watt said.

Professor Murphy: “Because, at that time, AstraZeneca were confidently saying that they could deliver those 3.8 million doses.”

He maintained that if those doses had arrived as expected, along with planned deliveries from Pfizer, Australia would have reached its target of four million shots.

Health Minister Greg Hunt declared “the trucks are rolling” as CSL’s locally produced AstraZeneca vaccines set off across the country on Wednesday.

“This provides the security of supply for the Australian general population rollout, which is fundamental,” he said.

Professor Murphy said the government’s decision to locally produce jabs at CSL in Melbourne was “the single best thing we’ve done in this vaccine rollout”.

“The most important thing is that, as of right now, we’re rolling out 830,000 AstraZeneca doses from the CSL factory,” he said.

“We are now, for the first time, seeing rollout no longer dependent on very insecure international supplies.”

The government is also looking to expand production through CSL, potentially beyond one million doses a week.

However, despite saying the local vaccine supply puts Australia “in a great position”, Professor Murphy refused to “put a specific number” on how many doses would be administered by the end of March.

He reconfirmed the Morrison government’s commitment to all  Australians having at least their first dose by the end of October.

Meanwhile, AstraZeneca has tried to send more doses to Australia but has been hampered by EU export blocks.

“There have been various attempts to make additional shipments,” Professor Murphy told the committee.

“We have no expectation that we will get the additional international AstraZeneca any time soon.”

Another 159,000 doses of Pfizer vaccines have arrived in the country.