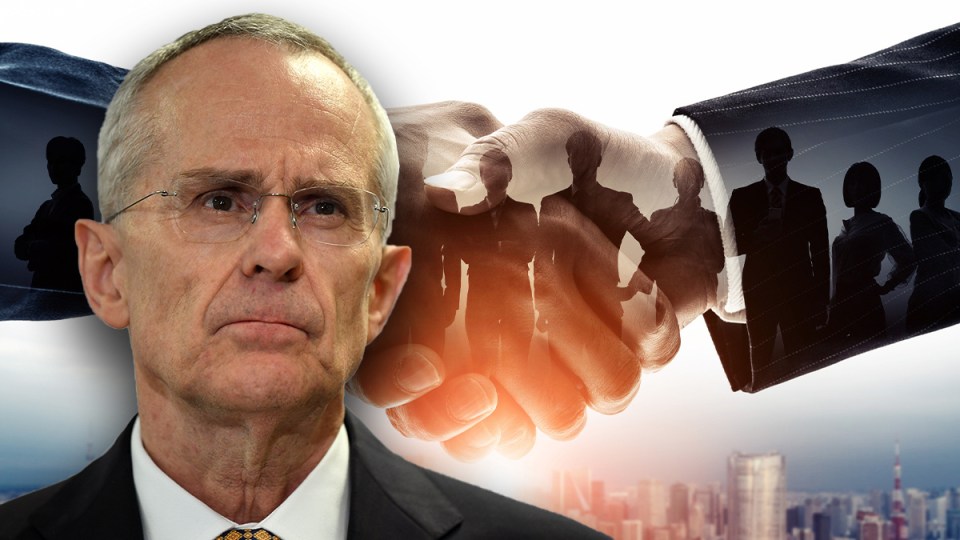 A battle over the future of corporate takeovers is looming, with the Australian Competition and Consumer Commission preparing to push the government for stronger merger laws to stem a tide of harmful business consolidations.

ACCC chair Rod Sims has outlined a push for reform as a key priority for the consumer watchdog this year, arguing that the current regime has failed to cope with high-profile tie-ups such as Nine’s $1.6 billion buyout of Fairfax in 2018.

Long-standing problems with the laws have allowed businesses to manipulate their way through the courts despite opposition from the ACCC, costing consumers and holding back innovation across the economy.

One example is a tie-up between electricity giant AGL and Macquarie Generation in 2014, which went ahead despite protestations from the ACCC and resulted in higher prices for consumers, Mr Sims told The New Daily.

“AGL had a very large share of the electricity generation capacity in NSW, Victoria and South Australia … it gave them the ability to increase prices,” he said.

“It’s almost as if we’re finding reasons to clear mergers rather than taking a more sceptical view about the impact on competition, and therefore consumers.”

Appearing before a parliamentary committee on Wednesday, Mr Sims said the controversial Nine-Fairfax merger, which the ACCC approved, was bad news for media diversity and demonstrated systemic flaws in the country’s legislation.

“Our merger laws couldn’t deal with it,” he said.

Mr Sims said the deal – the most consequential for media diversity in more than a generation – was a “classic merger issue” that exposed the difficulty of defining modern markets when enforcing competition law.

And such definitions matter, because they have serious implications for determining whether a company has too much power within a specific industry.

“Is it [online print]? In which case, Nine wasn’t in that market much at all, because it mainly, before the acquisition, was a TV company,” he said.

“Once you broaden it out … there’s many more players, so it’s a complex issue.”

The ACCC is undertaking a wide-ranging review of merger laws and will recommend changes to the government later this year.

But Mr Sims would not be drawn on what advice the regulator will provide.

The government has yet to flag reforms to merger laws, instead opting to address market power issues posed by companies like Facebook and Google through more piecemeal reforms like the media bargaining code.

Mr Sims has left open the door to calling for changes to a key legal test that requires the ACCC to prove a proposed deal would likely “substantially lessen” competition.

The regulator has argued current laws are open to manipulation from businesses looking to rush their deals through the courts, because cases focus too heavily on what could happen if mergers don’t proceed.

“We have so much focus on what’s going to happen with and without a merger that we sometimes just lose the fact that we’re going to lose a lot of competition,” Mr Sims told The New Daily.

In other words, Australia’s merger control regime is overlooking the likely anti-competitive effects of mergers, approving deals without properly considering their effect on economic growth and equity.

And that means consumer prices are higher than they otherwise would be, as there are fewer businesses competing and disrupting the giants.

Labor MP Andrew Leigh, who questioned Mr Sims on Wednesday, said the ACCC’s concerns should be a wake-up call for the Morrison government.

“They haven’t realised competition isn’t just about fairness; it’s all about growth.”

Research for the government in 2019 found market concentration was increasing in Australia, particularly in industries already exposed to poor competition, such as telecommunications.

And concentration in that industry worsened in 2019 when the ACCC lost a federal court bid to stop TPG and Vodafone from merging. At the time, the regulator described that as a once-in-a-generation failure.

Other tie-ups like the Tabcorp and Tatts deal in 2017 have also proceeded, despite the ACCC warning that this would lessen competition.

But the watchdog has succeeded elsewhere, blocking BP’s bid to purchase hundreds of Woolworths service stations in 2017.

Mr Sims said Google’s acquisition of Fitbit and Facebook’s purchase of Giphy were still under investigation, despite already proceeding overseas.

Mr Sims said: “[There have been] 400 acquisitions by the big five tech companies, none of them blocked by any regulator around the world.”