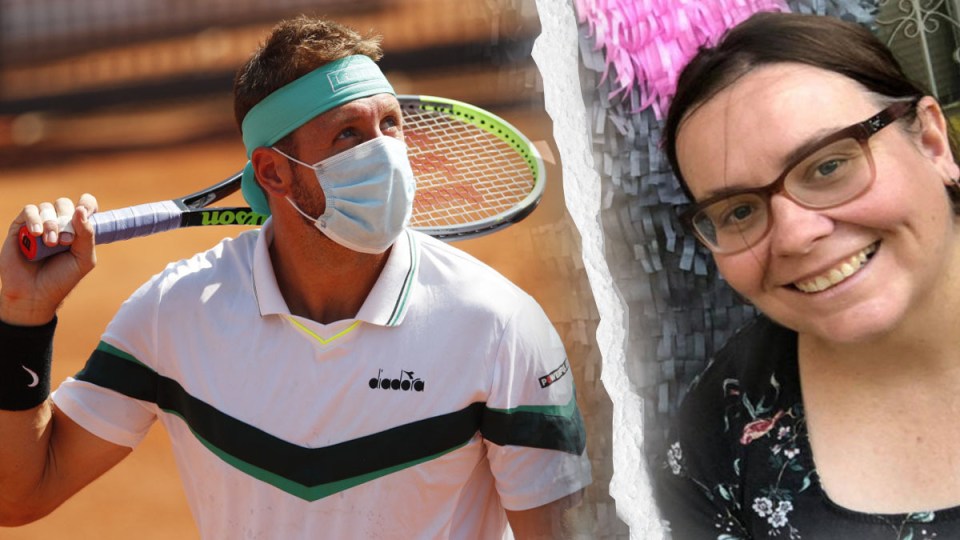 International sports stars have been allowed into Australia while citizens like Kym Bramley have been left stranded overseas.

Outraged Australians stranded overseas say it is “a joke” that sports stars have been allowed special entry into the country while citizens have no way of getting home.

The growing backlash comes as big-name tennis stars including Venus and Serena Williams, Rafael Nadal and Naomi Osaka touched down Thursday night to begin their quarantine ahead of the Australian Open on February 8.

The decision by state and federal governments to allow both the Indian cricket team and international tennis players to jet in has outraged Australian citizens who have been trying to get home for months and say the quarantine spots should have gone to them.

Kym Bramley, 43, is one of aproximately 37,000 Australians who has been stuck overseas for nearly a year and is desperate to be allowed to come home.

Ms Bramley is staying in the desert city of Hermosillo in Mexico, which was in lockdown when Prime Minister Scott Morrison told overseas Australians to come home last March.

Ever since then, she’s been trying – and failing – to get home.

They say ‘we don’t have enough spots’ but they seem to be able to create them for celebrities, cricket teams, tennis players,” Ms Bramley said.

“They are allowing tennis players from the same countries we can’t get home from.”

Ms Bramley travelled from Melbourne to Hermosillo in 2019 before the pandemic to be with her partner, Hector, who is Mexican.

Without knowing that it would soon become nearly impossible to return home she followed the advice of the Australian government which was to “shelter in place”.

“Then my flight got cancelled, I started looking for another one, and I couldn’t find one for under $10,000,” she said.

Because the price of flights had skyrocketed, Ms Bramley was forced to withdraw her superannuation in order to pay for one.

Her unplanned extended stay can’t be covered by health insurance and she is running out of money – fast.

Ms Bramley is terrified her flight will be cancelled or delayed because of the recent changes to the caps on arrivals.

They say ‘the caps are low in Victoria because it is recovering from the outbreak’, but they managed to find 1200 spots at the drop of a hat.”

Due to concern over the new UK strain of the coronavirus, the amount of hotel quarantine spots will be slashed until mid-February in New South Wales, Queensland and Western Australia.

The cuts mean the number of Australians allowed home will drop from 6700 arrivals a week to just 4200.

This comes as the Australian Open and Victorian government were forced to issue explanations on Thursday after allowing world number 50 Tennys Sandgren to travel from the United States to Australia despite testing positive for COVID-19.

But overseas, anger is growing among Australian citizens who feel abandoned by their country.

Stephen, who asked The New Daily not to use his real name because a family member is applying for an Australian visa, is stuck in the Philippines.

He and his wife decided they would sit tight and wait it out, but now his mother is dying and the need to return has become urgent.

“My mother has dementia. She is 84-years-old, and in November her condition started deteriorating,” Stephen said.

“So that’s triggered the incentive to get home, basically to see her before she dies. It’s getting to that point.”

The former St Kilda local said the decision to bring in 1200 tennis players and their staff was a “gut-breaker”.

“The states are running hotel quarantine and they’re just scared of getting re-elected, but for Daniel Andrews, it’s gone from winning votes to bringing in money.”

The Victorian government has defended its decision to push ahead with the Australian Open at the same time as 8000 Victorians are stranded interstate, and many more overseas.

“I understand and have great sympathy for the circumstances that many Victorians find themselves at the current time,” Victorian Health Minister Martin Foley said on Friday.

Queenslander Ian Fleming, 66, has been trying to get his 35-year-old son back to Australia from the Phillipines. The ex-police officer said it’s almost impossible.

“He’s stuck in Manila, he’s out of work, he’s got serious health problems,” said Mr Fleming, who helped his son apply for a $2000 loan to buy a flight in November.

“He is not even able to try and book a flight. They say it’s going to take a couple of weeks but it takes nearly three months – if you’re lucky.”

Mr Fleming said the federal government, the Department of Foreign Affairs and Australia’s diplomats had abandoned them.

“It’s just not always easy,” he said about getting Australians back this week.