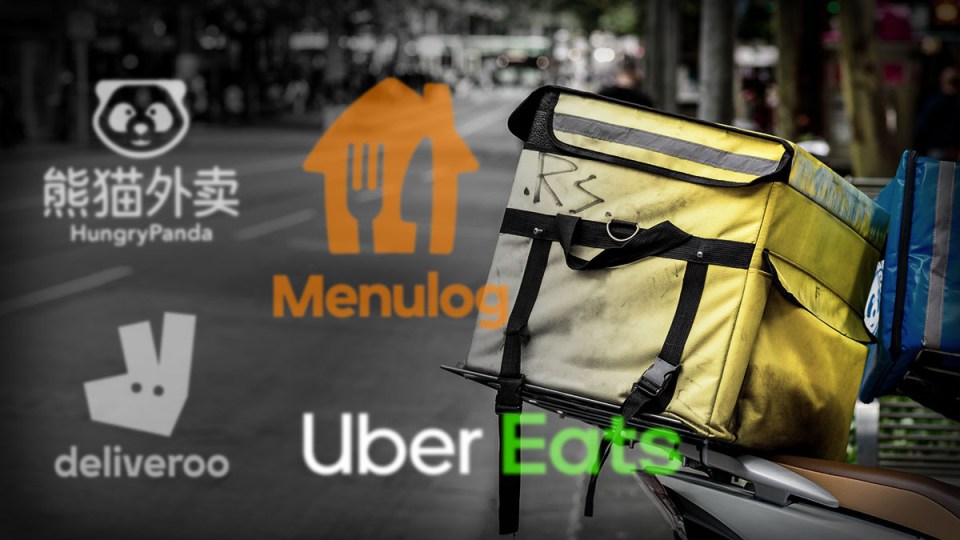 Five delivery riders working for apps including Uber Eats, DoorDash and Hungry Panda have been killed on the job in the past two months.

On Monday, an as yet unnamed rider died while working for Uber Eats in Sydney, just two days after the death of another Uber Eats rider, Bijoy Paul, on Saturday.

The deaths follow those of DoorDash rider Chow Khai Shien in Melbourne on October 24, Hungry Panda rider Xiaojun Chen on September 29, and and Uber Eats rider Dede Fredy on September 27.

The deaths have shone a light on the precarious and dangerous conditions facing gig economy workers who are classified as independent contractors and lack many of the rights and protections enjoyed by employees.

Food delivery workers are also often on temporary visas and have been excluded from the Morrison government’s pandemic safety nets JobSeeker and JobKeeper.

This leaves them little option but to take on low-paid, insecure and risky gig economy jobs to survive.

A Transport Workers Union survey of delivery riders in September showed that average earnings after costs were just over $10 an hour.

Nearly 90 per cent of riders reported their pay had decreased, and 70 per cent said they were struggling to pay bills and buy food.

On Wednesday, food delivery riders and TWU representatives held a vigil for the five riders killed since September and laid flowers in front of Uber Eats’ Sydney headquarters.

The TWU called on the federal government to step in and “stop the carnage”.

Delivery riders kneeling in grief for the loss of their work mates outside ⁦@UberEats⁩ in Sydney #RightsForRiders pic.twitter.com/G3ie7XlvA5

“It’s not good enough that states are in a piecemeal way trying to address the problem these billion-dollar global tech giants have created. We need the federal government to act and regulate.”

Companies such as Uber have “been allowed to get away with trampling on workers’ rights and risking their lives”, Mr Kaine said.

New South Wales has established a taskforce and parliamentary inquiry into the gig economy, but the findings not expected to be released until late 2021.

Riding advocates Bicycle Network said the inquiry’s findings “must be expedited so a better workplace for food delivery riders can be made as soon as possible”.

“We cannot wait 12 months until reforms are made to bring gig-economy standards into line with what Australians expect and deserve,” a statement from the organisation said.

Bicycle Network called on federal and state governments to “create safer road environments that can stop crashes from happening or reduce their severity”.

Regulation, not consumer boycotts, the answer

Consumer boycotts could help food delivery companies “see the light” by “making them hurt financially”, but the onus to fix the problem must be on the government, not consumers, Dr Boersma said.

“It’s up to the government to regulate the so-called gig economy properly.

“They have left it unregulated for such a long time that we now have basically a two-tiered employment system where we have people, in the name of the gig economy, effectively doing piecework.”

Dr Boersma pointed out that gig economy companies have a history of pouring eye-watering sums into lobbying against workers’ rights.

In California, Uber and Lyft recently spent more than a-quarter-of-a-billion dollars to successfully fight law reform that would have seen gig economy contractors classified as employees.

‘Problem exists’, but it’s up to states to fix it: Porter

Federal Attorney-General and Minister for Industrial Relations Christian Porter this week acknowledged that a “problem exists in relation to delivery riders”, but argued it is up to states and territories to fix it.

“Every worker, no matter how their employment arrangements are structured, has the right to a safe working environment and to come home to their families at the end of each day,” Mr Porter said in a statement issued on Tuesday.

Despite arguing the Commonwealth “has no direct authority to make changes in this area”, Mr Porter said the federal government” can play a leadership role on issues such as this”.

“That is why I intend to have rider safety added as a priority agenda item for the next meeting of national work health and safety (WHS) ministers,” he said.

“I will seek agreement from ministers for Safe Work Australia (SWA), as the national WHS and workers’ compensation policy agency, to urgently consider education and awareness strategies, including necessary prevention measures, to improve safety outcomes for all gig workers, including delivery riders.”

“Recent events have been devastating for the families and friends impacted and for the wider delivery community,” an Uber Eats spokesperson said.

“Safety is fundamental to us and we have instituted a number of measures over recent years to keep those who use the platform safe, including onboarding modules covering road and bike safety, an annual cycling safety test, and cycling specific navigation.

“We also have a partner support package should something go wrong while a delivery partner is using the app, which Uber funds at no additional cost to partners.”

Road safety is “a complex area, which requires industry co-operation with experts and government stakeholders,” the spokesperson said.

“Uber Eats is committed to an industry response and in recent weeks we have begun conversations with other delivery businesses and the restaurant community on safety standards for the industry,” they said.

“We will continue to advocate for minimum insurance standards across platforms to ensure all those earning through independent work have access to insurance regardless of which app they are using.”

A spokesperson for DoorDash said the company is “committed to helping ensure a safe and healthy work environment, and we continue to constantly evaluate and refine our policies to support the Dasher community”.

“In July, DoorDash and the Transport Workers’ Union signed a landmark agreement on COVID-19 protections for Dashers in Australia,” the spokesperson said.

“This agreement focused on a broad range of protections for Dashers, including insurance to cover Dashers for on the job injuries; financial assistance for Dashers who are affected by COVID-19; and the provision of personal safety equipment, including gloves, masks and hand sanitiser.

“All Dashers receive occupational accident insurance at no cost to them or opt-in required, which covers injuries while on a job and accidental deaths.On average, Dashers in Australia earn more than $25 per hour that they’re on a delivery.”

A spokesperson for Deliveroo said the company “is saddened by the recent tragic deaths of the food delivery workers and our thoughts are with the families and rider communities during this sad time.

“Deliveroo provides every rider with free personal injury and income protection insurance, which activates as soon as a rider logs on to the app, and up to an hour after their last delivery,” the spokesperson said.

“Compensation for dependents or family in the event of a death or permanent disability is included in the insurance policy. We also provide free public liability insurance.

“There is no doubt that the issues of road safety are complex and require the input of experts, industry and government to build solutions. We are committed to working with stakeholders to achieve this.”

A spokesperson for Menulog said “the safety of everyone operating on the Menulog network is our top priority”.

“While the drivers involved in these incidents were not delivering for Menulog, we absolutely recognise the increasing need for initiatives that will help ensure the safe operation of delivery services and the safety of food couriers, particularly as the industry continues to expand and more people turn to on-demand services for flexible work,” the spokesperson said.

“As such, we have recently put insurance in place that provides coverage for our entire courier network in the instance of, for example, accidental death and injury. We are in the process now of rolling this out to our network.”

Hungry Panda did not respond by deadline.