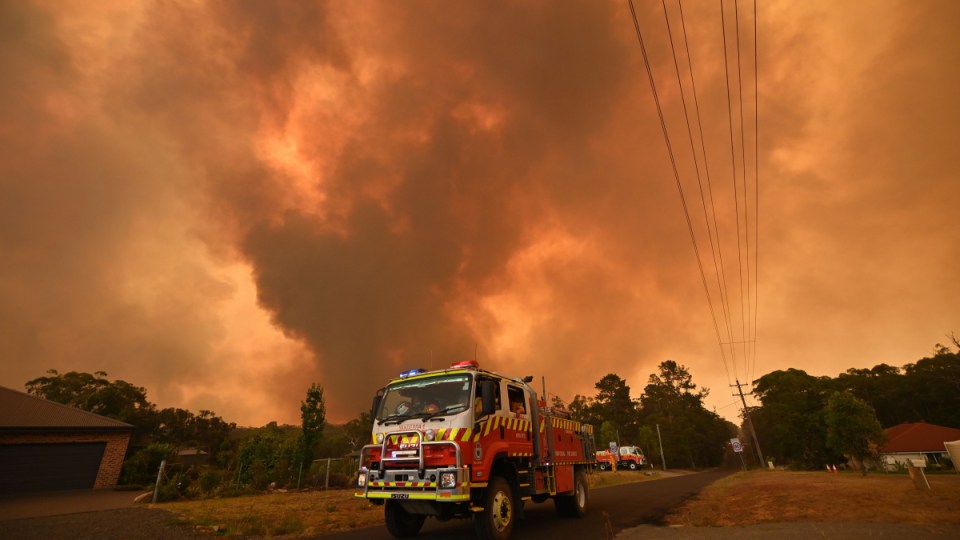 The State of the Climate report predicts we should get used to extreme weather events. Photo: Getty

The year 2019 was Australia’s hottest year on record.

But one day in the next 100 years, we will remember it as among our coolest.

That’s the warning from the latest State of the Climate report, released on Friday by the Bureau of Meteorology and the CSIRO.

And so far, their predictions of rising temperatures have come true.

The report, released every two years, shows that not only is Australia continuing to warm, we are also experiencing more frequent extreme weather events like bushfires, droughts and marine heatwaves.

Since the 1950s, Australia’s fire weather has become more extreme and our fire seasons have become longer – especially in southern Australia, the report found.

Sea levels have risen 25 centimetres since 1880 as a result of melting ice and thermal expansion, said Dr Jaci Brown, director of the CSIRO’s Climate Science Centre.

“That’s quite confronting,” she said.

The researchers also found the nation’s climate has warmed on average by 1.44 degrees since 1910, while the oceans around us have warmed by about one degree.

To the average reader, this increase may not sound like much.

But the difference just one degree can make to our weather systems is enormous.

First of all, you can say goodbye to our Great Barrier Reef.

If our planet heats up by more than two degrees, coral reefs and entire ecosystems will collapse, according to the Intergovernmental Panel on Climate Change (IPCC).

Up to several hundred million more people become exposed to climate-related risks and poverty such as tsunamis.

Emissions from fossil fuels are the main contributor to the observed growth in atmospheric CO2, the report found.

About 85 per cent of global CO2 emissions in the decade from 2009 to 2018 were from fossil fuel sources.

Without action, it’s going to get worse.

“In fact, we think of this decade being hot, but this decade will be one of the coolest in the next 100 years.”

What weather changes should we expect?

Put simply, weather events are going to get more and more extreme.

Heatwaves will be hotter and longer, and droughts will be even more devastating.

In a cruel twist, when rain does come, it will likely bucket down and may lead to flooding on hardened landscapes no longer able to soak up the much-needed water.

“We will see sea levels continuing to rise, heatwaves becoming more frequent, and tropical cyclones – we’re expecting fewer, but when they do come they’ll have higher intensity,” Dr Brown said.

“The cool season rainfall through southern and eastern Australia will continue to decline.

“The rainfall – when it does come – you may see more heavy rainfall or intense rainfall events and, of course, the longer fire season and more dangerous fire weather.”

These changes are already happening.

Earlier in January, as bushfires raged across the ACT, Canberra suffered a freak hailstorm in which abnormally large hailstones fell from the sky and destroyed homes and cars.

Meanwhile, hundreds of Queenslanders living in the state’s south-east are still recovering from a recent hailstorm on October 31 that left some residents homeless.

Giant hail was reported in Logan, south of Brisbane, while hail up to 7cm in diameter fell at Ipswich and the Lockyer Valley to the city’s west.

This is why Australia’s response to climate change must cover mitigation, as well as adaptation, Dr Brown said.

Cooked: Another year of record heat, and it’s only going to get worse