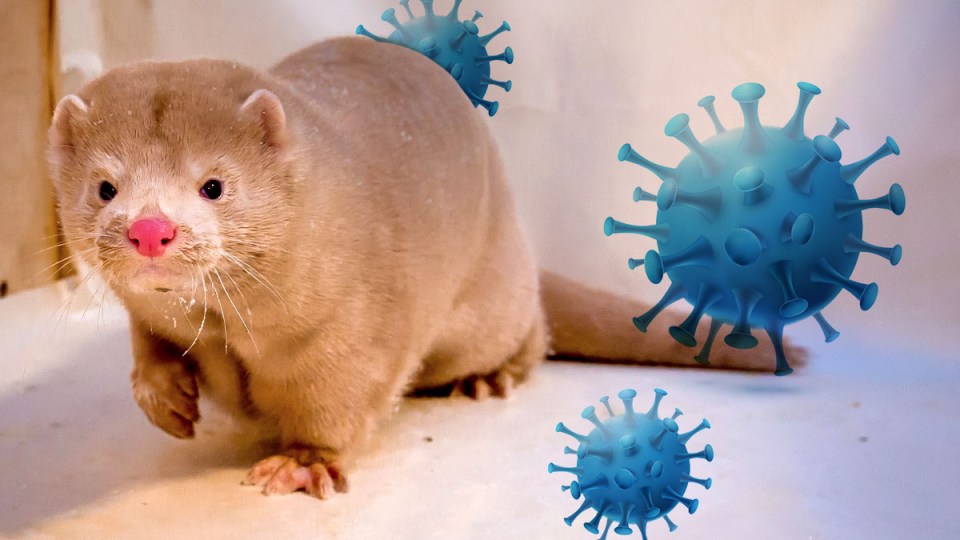 The culling of minks in Denmark has raised concerns about Australia's biosecurity threats. Photo: TND

The mass culling of Denmark’s farmed mink population amid coronavirus concerns has sparked fears of a similar biosecurity threat in Australia.

But health experts and the federal government say the risk of a coronavirus outbreak spread by animals here is low.

It comes after the Danish government apologised for ordering the cull of up to 17 million minks without a legal basis after scientists detected a new coronavirus strain in some of the animals.

Scientists have warned the mink-related mutation could spark a new global pandemic and hinder vaccine developments.

The Danish government still plans to go ahead with the mass cull, but will now put forward legislation to back up its order.

However, the issue isn’t going away.

Instead, it has shone a light on the deadly biosecurity threats posed by animals – and whether Australia is doing enough to stop it.

Could the problem in Denmark happen here?

Unlike Denmark or the Netherlands, there is no large-scale fur farming industry in Australia.

Most of the fur we import comes from China and is subjected to extremely strict biosecurity laws.

“For us to get something like that (in Denmark) is extremely unlikely, mainly due to our quarantining process,” Professor Thompson told The New Daily.

Rowland Cobbold, an associate professor in veterinary public health at the University of Queensland, agreed that the risk of COVID-19 transmitting through animals in Australia was very low.

“Minks are more susceptible to the virus than other animals because they have the same cellular receptor that we do – the ACE2 receptor,” he said.

“But we don’t really have animals that have that degree of susceptibility here.”

In a statement to The New Daily, a spokeswoman for the Department of Agriculture, Water and the Environment said: “There is no evidence that Australian animals carry the SARS-CoV-2 virus, and no evidence that they can be a source of infection for humans”.

She said the government would continue calling for a global crackdown on places like wet markets that allow “high-risk human-wildlife interactions”.

Professor Cobbold said the crowded conditions at mink farms such as those in Denmark increased the risk of a virus outbreak.

“They farm those minks in incredibly intensive situations, which means once the virus gets in, it spreads like wildfire,” he said.

“We do intensive farming here of animals like pigs, cattle and chooks … but the risk for us is moving through the human population as we’ve already experienced.”

Could  COVID-19 mutate and spread through other animals?

“We believe there are some different strains floating around, some more aggressive than others.

“That’s why with vaccines, you need to be ahead of the curve all the time.”

Of all emerging human infectious diseases, at least 75 per cent come from animals.

Though very small, there is always a risk that a virus present in some species could mutate and spread to humans.

“The coronavirus came via bats in Wuhan and it seemed to be through the wet markets there so that’s how these things do happen,” he said.

“It’s really hard for bugs to transfer – to mutate and land in humans – but that’s why we study these things and try to keep ahead of it all.”

Animal problems of our own

Rather than only pointing the finger at Denmark, we should look at what’s happening in our own backyard, said Bruce Poon, national president of the Animal Justice Party.

“We do have a lot of animal agriculture in Australia and we have similar problems with zoonotic disease outbreaks like that in Victoria,” he said.

And although there is no large-scale fur farming in Australia, fur products continue to enter the market, Mr Poon said.

Every year, millions of rabbits are killed for their fur to make Akubra hats.

As part of a joint investigation with Four Paws Australia, the Animal Justice Party discovered real fur products made from animals slaughtered in China were being sold as fake at markets across Melbourne.

Other items labelled as rabbit fur were found to be raccoon and raccoon dog.