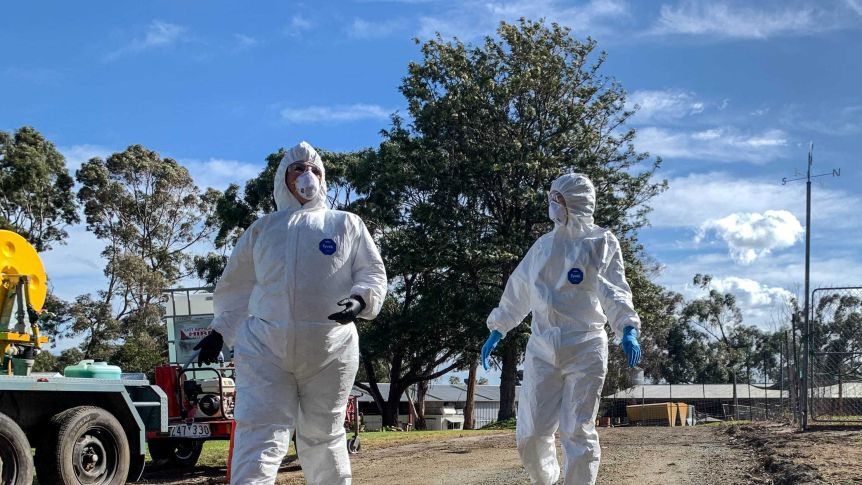 This year, Australian farmers have dealt with one of the worst outbreaks of avian influenza. Photo: ABC News

Scientists are warning Australia’s biosecurity system needs a major overhaul, with the threat of severe biosecurity events like COVID-19 increasing.

Even a tripling of investment over the next 10 years would result in an increased biosecurity risk, a report released by the CSIRO on Wednesday warned.

CSIRO’s director of health and biosecurity Rob Grenfell said the coronavirus pandemic was a stark reminder of why biosecurity was so important.

“We need to take this unique opportunity to transform Australia’s biosecurity system so it can cope with the growing volume and complexity of threats,” Dr Grenfell said.

“At least 75 per cent of emerging human infectious diseases are zoonotic. This underlines how human, animal, and environmental health are all interconnected.”

This year Australian farmers have already dealt with one of the worst outbreaks of avian influenza, an incursion of fall armyworm, which destroys crops, and a new weed is detected every 18 days.

The increase in biosecurity risks is fuelled by global trade and travel, urbanisation, climate change, biodiversity loss, and antimicrobial resistance.

Andreas Glanznig, CEO of the Centre for Invasive Species Solutions, said Australia was under a level of pressure never seen before.

The report made 20 recommendations including a national surveillance program and long-term investment from government in new technologies and data systems.

“Environmental DNA genetic surveillance is already poised to make a significant contribution in being able to detect new bugs, new diseases, new risks, before they even get to Australia,” Mr Glanznig said.

“The opportunity is how we can harness new technology to really bring communities into our community-based surveillance system, so we’re not reliant on just sheer luck.”

Kathleen Plowman, CEO of Animal Health Australia, said a long-term approach was needed, and the report called for a decade-long investment in overhauling biosecurity systems.

“Even with all the money in the world it won’t be sufficient because we have growing volumes of trade, growing movements of people, we have more complexity in our systems,” she said.

Minister for Agriculture David Littleproud said the government would consider the recommendations outlined in the report.

“Biosecurity is one of the key pillars that supports the Australian agricultural industry’s ambitious goal of earning $100 billion by 2030,” he said.

“The Australian government is investing $873 million for biosecurity and export programs in 2020-21.”