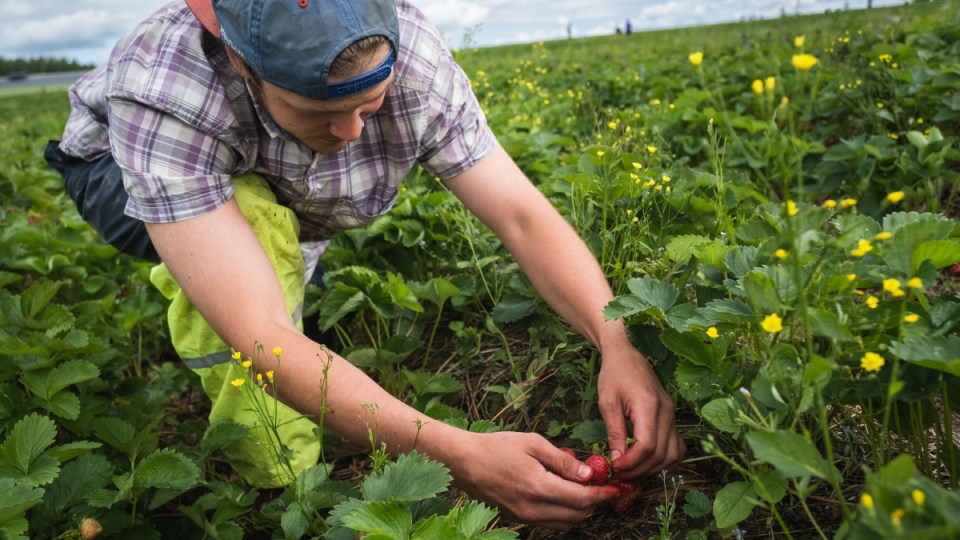 Unemployed Australians say they are being rejected from farm jobs as calls to clean up the industry grow. Photo: Getty

The government and peak farming body have been left scrambling to find ways to help unemployed Australians land fruit picking work after The New Daily revealed that finding a farm job is almost impossible for locals.

Following The New Daily’s report – which revealed that job seeker Lukus Muir had been rejected for 20 farm jobs – the government announced it had teamed up with the National Farmers Federation to deliver a $6000 incentive for anyone willing to take a job in the country.

The farmworkers’ union has come out swinging, claiming growers’ preference is to employ cheap, easily exploitable foreign workers over locals, a practice the union says will continue if the industry is not “cleaned up”.

This is despite the coronavirus pandemic throwing Australia’s fruit and vegetable picking industry into crisis, with an expected worker shortage by March of 26,000, and billions of dollars of produce at risk of being wasted if it can’t be picked.

But locals looking for picking jobs say the government’s cash incentive won’t help if farmers continue refusing to employ them.

The New Daily has spoken to unemployed locals across the country who say they are struggling to find farm work, with many applying for almost 30 jobs and hearing nothing back.

Maree Lewis, 46, has picked fruit on and off while finishing her masters degree in counselling.

Along with a group of mates Ms Lewis has been working on and off at farms picking fruit for years but said it has become almost impossible to get a job.

“I enjoy doing the farm work, but this year there have been five of us doing it, we’ve been knocked back by 27 farms, and that’s mostly in the last month,” she said.

They’ve tried farms in NSW, central Queensland and the Sunshine Coast but have had no luck. She said farms want to take backpackers because they can underpay them.

They’re looking for backpackers because they get them cheap,” Ms Lewis said.

On top of poor pay, many jobs also required workers to stay in local hostels, which don’t come cheap.

The going rate can be upwards of $250 per week for a bed in a dorm. Don’t agree and you don’t get the job.

“I have my own caravan, I’ve been to SA and I’ve worked there and it was $360 for a caravan site, and then you have power on top of it.

You’re only making $80 a day. This is where the industry has gone wrong.”

The industry is crying out for boots on the ground, and the government is struggling to find creative ways to fill the gap.

Under a new scheme, working holidaymakers, as well as visa holders, can now extend their stay for up to 12 months to work for approved employers.

Ray Tanson, 65, is part of a group of older Australian ‘grey nomads’. They travel the country looking for seasonal work, including fruit picking.

He said the government needed to get creative about forcing farmers to employ Australians who want jobs.

I would say I’ve applied for 30 jobs in six weeks. I only got two days to work on a clean up on a passionfruit farm,” Mr Tanson said.

He said he had visited one farm in Brooloo, Queensland, recently and was blatantly told they don’t give work to Australians.

“There were six backpackers waiting to see if they could get work. He said ‘Are you Australian? Don’t bother, I won’t even hire you’,” Mr Tanson recounted.

The fruit picking industry is a rip-off rort. That’s why backpackers are loved, because they don’t complain.”

Mr Mahar said he had never heard of farmers tying jobs to accommodation, and that there are currently “thousands of positions vacant” across the country.

When asked if he had heard of farmers prioritising backpackers over local workers, Mr Mahar again said he had not heard of it.

When asked what the barriers were to unemployed Australians, of which there are currently 1.83 million Australians, getting work on farms Mr Mahar said many just did not want to do it.

“We’ve always known some people aren’t attracted to agriculture work, it can be in rural and remote locations,” he said.

“It’s the type of work, picking mangoes or asparagus or sitting in the tractor, isn’t everyone’s ideal occupation.”

Mr Mahar said the seasonal nature of the work was another big barrier, and that the higher JobSeeker rate had discouraged people from working.

“The other factor is, there’s no doubt things like JobSeeker … is making some people say ‘I’m getting some sort of assistance, why would I go to the bush to get a job?’” he said. “There’ll be some people for whom that is a factor.”

The government has been loudly banging the drum to get Australians into farm work, with Deputy Prime Minister Michael McCormack recently sparking controversy by saying they should “do it for the ‘gram”, as it will make “a great Instagram story”.

Mr Littleproud said he “would encourage our farmers to take up more Australians who want to work in the sector”.

“I want to see more Australians takes up jobs in agriculture,” he said.

Mr Littleproud said the states need to make it easier for Australians to take up these jobs by adopting the Agriculture Workers Code – which enables workers to cross borders easily.

United Workers Union farms director Jannette Armstrong told The New Daily that some farms have paid fruit pickers as little as $4.60 an hour.

“UWU investigations have found that in some of those hotspots the average hourly rate is around $14, but we absolutely know of cases where workers have been paid as little as $4.60 per hour,” Ms Armstrong said.

While stressing some spots were ‘‘worse than others’’ on the harvest trail, she said supermarkets needed to lead the charge to ensure their produce was ethically picked.

Better infrastructure is also needed to make sure workers can get to, and stay at, picking regions, Ms Armstrong said.

“We need to acknowledge and support existing horticulture workers, who are a combination of Australian and migrant workers, to build power, expose, and fight back against exploitation and poor compliance in their industry,” she said.

“Rather than hampering unions, government and producers should welcome UWU involvement and improve worker access to unions, because we play a crucial role in cleaning up the sector.”