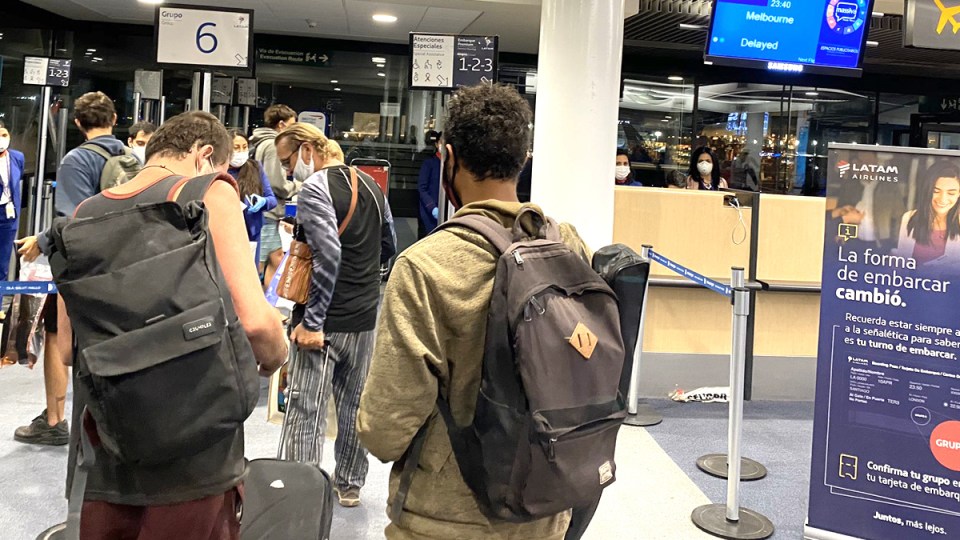 The cap on international arrivals will be a pressing topic at Friday's National Cabinet meeting. Photo: AAP

Scott Morrison has been accused of seeking to “bludgeon” the states into allowing more Australians to return from overseas.

The Prime Minister will meet with state and territory leaders for national cabinet on Friday when an agreement to boost quarantine is expected.

Ahead of the meeting, Mr Morrison called it a “decision, not a proposal”.

He even put a figure on it, saying NSW, Western Australia and Queensland would all accept an extra 500 people each week.

Other jurisdictions are expected to take the rest.

But the premiers are yet to confirm how they will boost their hotel quarantine capacity, which will be key to reducing the risk of returned Australians spreading coronavirus.

“The indication from Jane Halton is there’s massive hotel capacity around the country to bring Australians home,” he told the ABC.

“To bring our sons and daughters home, to bring our parents, to bring people who want to return to their own country, home.”

“The national borders are a mess,” he told the Nine Network.

“If you are an Australian overseas right now, you are faced with a bill of thousands, north of $10,000 in some cases, to just get home.”

More than 27,000 Australians stranded overseas are waiting to return.

But with an existing weekly cap of 4000 incoming passengers, airlines have warned it could take well into next year to bring them home.

WA Treasurer Ben Wyatt said it was unfortunate the Prime Minister had been conducting negotiations in the media instead of around the national cabinet table.

“I don’t think any state has said no to this but having a Commonwealth simply try to use the bludgeon attempt to get an outcome is not a particularly sophisticated one,” he told the ABC.

Labor has suggested using government aircraft to get some Australians back but Mr Morrison says there are plenty of commercial aircraft available.

Labor accuses PM of attempting to force quarantine changes through