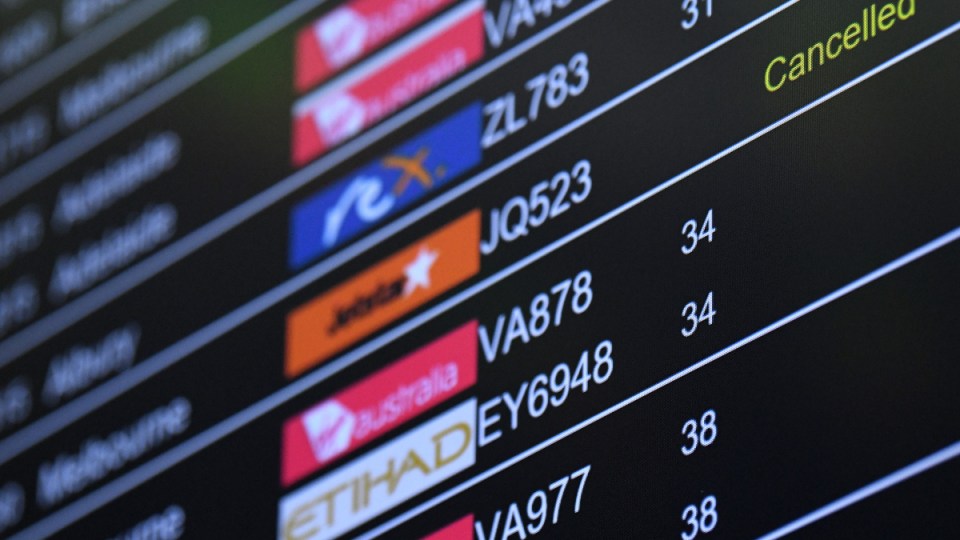 The federal government is pushing the states to boost their capacity to accept Australians returning from overseas, wanting the cap on international arrivals lifted by thousands to help bring home more stranded citizens.

On Wednesday, Deputy Prime Minister and Infrastructure Minister Michael McCormack said he had written to all state and territory governments, saying the federal government wanted the total cap boosted from about 4000 a week to nearly 6000.

“We want more Australians to come home and every capital city airport has the capacity to do just that,” Mr McCormack said.

The government hopes the leaders will formally agree to the proposal at Friday’s national cabinet meeting.

We want to make sure more Australians can get home.

We will lift the number of returning Australians from 4000 to 6000.

That’s why I have written to Premiers & Chief Ministers to make that possible, we will increase existing caps so we can bring those stranded overseas home. pic.twitter.com/EY8RdZ19q5

In a letter to all premiers and chief ministers, Mr McCormack proposed NSW, Queensland and Western Australia take an extra 500 people a week, while South Australia would take an extra 380. He wanted “to see as many possible in Tasmania, NT, the ACT”, but Victoria would not yet be asked to share the load because of Melbourne’s ongoing COVID situation.

Arrivals to Australia have been capped at 4000 for several months to help ease the strain on hotel quarantine programs run by state and territory governments.

The cap has been blamed for numerous incidents of Australians being left stuck overseas, with airlines running only small numbers of flights and allegedly prioritising business class passengers on expensive tickets – leaving many people either bumped off flights, or forced to fork out for pricey upgrades.

Some 35,000 Australians are registered with the Department of Foreign Affairs and Trade as being overseas, with about 26,000 saying they want to return. The true numbers in both categories are thought to be even higher.

Mr McCormack’s office told The New Daily that the government’s proposed increases were formulated after assessing each state’s hotel and medical capacity, and had been approved by federal health officials.

Deputy chief medical officer, Dr Nick Coatsworth, said each state’s hotel quarantine system had been the subject of a recent nationwide review, and said he was confident the systems could handle a 50% increase in capacity.

“We have learnt about how to refine those systems and processes, to make sure that the risk is… as low as humanly possible,” he said Wednesday.

Dr Coatsworth said lessons from Victoria’s hotel quarantine blunders, including making sure guards were properly trained in infection control, would be applied nationwide.

There are plenty of empty seats on planes landing in Australia. The major constraint on arrivals are state caps on quarantine rooms.

This Labor stunt wouldn’t even address the real problem. How does Labor propose increasing properly supervised quarantine capacity instead? https://t.co/inXjCFcouM

The state governments run hotel quarantine and have resisted upping arrivals caps, amid concerns the system might struggle to cope.

Under the federal plan, NSW would increase its cap from 2450 to 2950 passengers a week, with Queensland to double from 500 to 1000, and WA from 525 to 1025. NSW Premier Gladys Berejiklian quickly said her government would consider the plan, calling it a “fair request” – but only if Queensland and WA also agreed.

“I was given an assurance [from the Prime Minister] other states would also take that load and on that basis I was very pleased to do our bit,” Ms Berejiklian said on Wednesday.

“It would still only be about a third of what NSW is doing, but it certainly means they’d be sharing the load more.”

The government has said it would consider extending Australian Defence Force assistance to an expanded hotel quarantine network.

Mr McCormack said Queensland should consider quarantining arrivals on the Gold Coast or in Cairns, to ease concerns about Brisbane hotels.

“There are plenty of empty hotel rooms in these capital cities and I want them filled with returning Australians,” he said.

The federal government has also rubbished proposals that Commonwealth facilities such as Christmas Island, or detention centres in remote areas of the Northern Territory and WA, could be used for quarantine.

TND understands those options are not being considered by Mr Morrison’s government. Those facilities are either housing violent or serious criminals or are otherwise at near capacity.