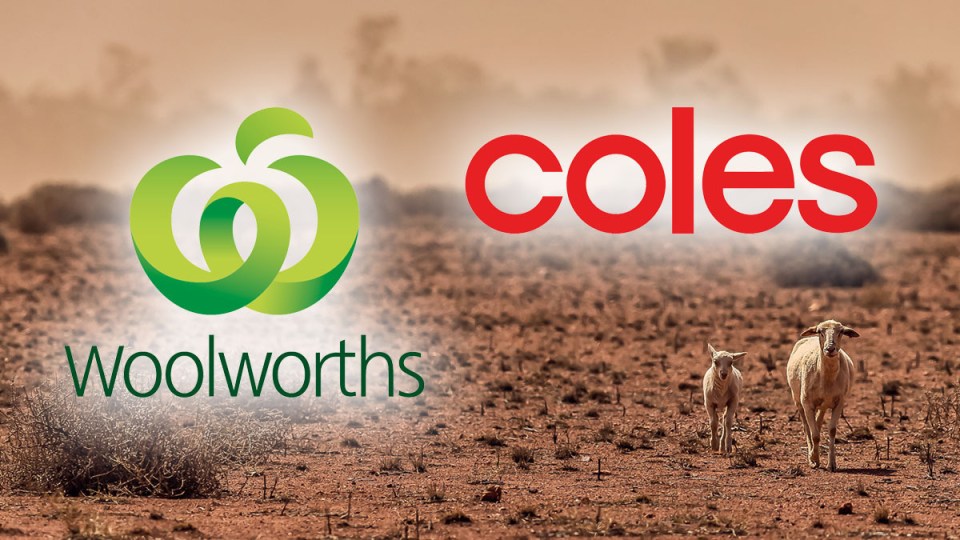 The corporate concentration in Australia's food supply is hurting the nation, the report said.

The strengthening duopoly of Coles and Woolworths has become one of the greatest threats to Australia’s food supply, a new report has found.

To combat their market dominance and ensure Australia’s food supply is sustainable, a national program to protect small and family-owned food producers, improve the health of soils and develop incentives for urban food producers must be implemented, the report compiled by the Commission for the Human Future declared.

“All aspects of the food value chain – seeds, agri-chemicals, processing, retail and production – are highly concentrated in a few corporations,” the report reads.

“Coles and Woolworths control around 60 per cent of fresh food and grocery sales. Kirin controls around 80 per cent of Australia’s drinking milk.”

The report also notes that processing facilities, including abattoirs, canneries and grain mills, and resources like seeds and livestock are increasingly concentrated among a few powerful multinational companies.

“And [George] Weston Foods and Goodman Fielder control around 70 to 75 per cent of the bread and bakery markets,” it reads.

A food chain that depends on a small number of corporate interests creates ‘‘perverse outcomes’’ for farmers and consumers, it reads.

“It forces them to prioritise efficiency and output at the expense of healthy and environmentally sustainable practice,” it reads.

Lead author and professor at the Crawford School of Public Policy, Australian National University, and former leader of the Liberal Party John Hewson said the duopoly was hurting farmers.

“We have such a heavy concentration of suppliers who can influence everything from the farm’s food processors to what is on the shelves, and that’s a very big power, “ Professor Hewson said.

“All to the detriment of the farmers.”

Pointing to the scandal last year where consumers put pressure on the huge supermarket chains to stop selling $1 milk, Professor Hewson said consumers could fight back.

But it would be an uphill battle.

“They’re constricting your choice as a consumer.”

Woolworths told The New Daily “the sustainability and security of Australia’s food system is critical” and says it has delivered more than $54 million in relief to dairy farmers through the dairy levy.

Coles said it had taken steps to improve supplier relations by strengthening codes of conduct, an internal supply charter and other initiatives.

‘One million jobs could be lost’

But it’s not just the concentration of companies.

Australia’s food supply chain is being threatened by environmental degradation, climate change, the quality of land and water and a decline in agricultural research and innovation.

The negative impacts of our food system cost the Australian economy at least $87 billion a year – $62 billion from obesity, about $21 billion from food waste, and $4 billion the loss in productivity from land degradation.

Without a federal plan, Australia could lose one million jobs, said co-author Professor Bob Douglas, a visiting fellow at ANU and a former director of its National Centre for Epidemiology and Population Health.

“By putting in that approach you would help protect the security of over one million jobs and help create more,” Professor Douglas said.

“You would grow the value of our $330 billion food value chain, including the $69 billion of agricultural and aquaculture products.”

One of the big issues is that food touches so many areas of government policy – from agriculture to defence, cost of living, indigenous affairs, welfare, he said.

“These don’t all work in silos,” he said.

“Australia lags behind its Western partners on food policy, such as Canada’s Food Policy for Canada or the UK’s National Food Strategy.”

Coles and Woolies duopoly is one of the biggest threats to Australian food security: Report