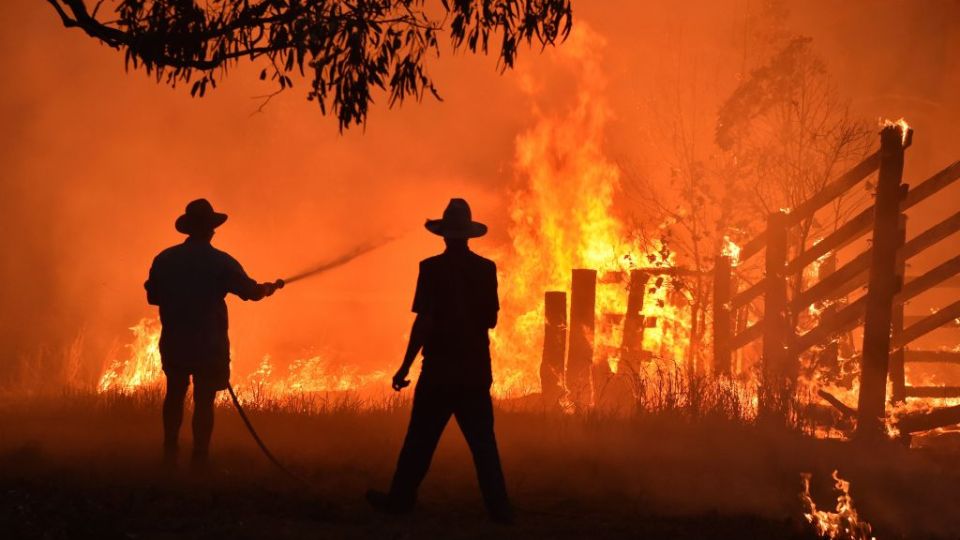 Scourged by the fury of the flames, vast tracts have burnt - and lives and homes with them. Photo: Getty

On December 10, an Liberal MP bucked a trend: he put climate change and the eastern Australian bushfire crisis in the same sentence.

“These bushfires have been caused by extreme weather events … the exact type of events scientists have been warning us about for decades that would be caused by climate change,” said NSW Environment Minister Matt Kean at the Smart Energy Summit in Sydney, where he pushed for the nation to be more reliant on renewable energy.

“We cannot allow ideology and politics to get in the way of … the health of our planet for generations of Australians.”

Climatologists worldwide agree that the perilous journey of climate change is underway, unfolding in Australia as hotter summers, bleached tropical reefs and, according to some, the bushfires still raging in NSW and Queensland.

Those fires have brought a stubborn smoke haze to Sydney that has spiked hospital admissions, kept schoolchildren indoors and smothered the city’s lucrative harbourside icons.

But not all scientists agree on what climate change is causing. Though all climatologists welcome any push toward renewable energy, not all say the phenomenon of climate change is bringing about the drought and bushfires. The New Daily investigates.

It’s hard to say definitively, according to the scientists TND interviewed.

“The answer is probably yes,” said Dr Floris van Ogtrop, an environmental scientist at the University of Sydney. “We will most likely experience longer and more intense droughts as the climate warms. And hotter, dryer conditions lead to increased bushfire risk.”

Professor Lesley Hughes, a Sydney University distinguished professor of biology and councillor at the independent Climate Council, reckons“caused” is the wrong word.

“You need three things for a fire: a spark, fuel and particular weather conditions,” she said. “At the moment, what is affecting the flammability of the fuel is the dryness – and we know that climate change is exacerbating the impact of drought, so it’s making the fuel drier.”

But according to Dr Andrew King, a climate scientist at the University of Melbourne, climate change is only “slightly exacerbating the drought”.

“It’s not the main factor,” he said. “It’s more of a function of a variable climate. With the droughts and the bushfires, these kinds of extremes have been happening for a long time.

“It’s really hard to tell if we could have had this bushfire event without climate change.”

Dr King said the science isn’t always clear. “Some of the exact links that are drawn with specific extreme weather events are often incorrect, and it’s potentially damaging to draw those links incorrectly,” he said.

“There are some types of extreme weather where we don’t fully understand what the climate change influence is.”

Prof Hughes, however, views the time of year that the bushfires are occurring as a clear indicator of climate change. “What we’re getting are fires in late winter and spring,” she said.

What is climate change known to be causing?

“For parts of Antarctica and Greenland we’re projecting to lose ice,” said King. “Even if we reduce our emissions that’s going to happen.” 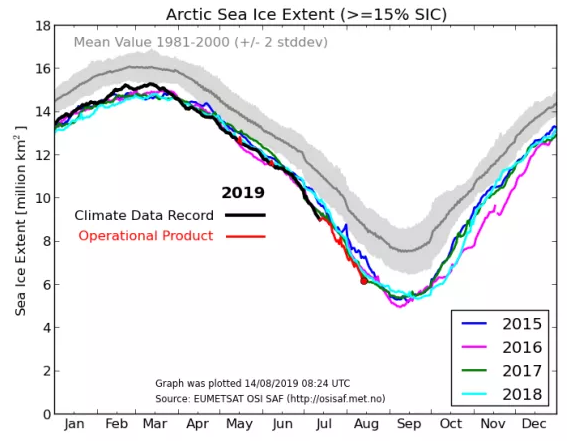 Further, the world’s tropical reefs are in peril. “We’re already damaging them at one degree of global warming,” said Dr King. “Even just another few tenths of a degree and they’re in massive trouble.”

Are we heading toward 50-degree days?

”It’s a possibility within a couple of decades,” said King, citing his own research as part of an Australian National University study in 2017. According to that study, under the Paris Agreement’s goal to keep the increase in global average temperature under two degrees, Sydney and Melbourne could experience 50 degree days.

Is Australian policy behind the rest of the developed world with regards to reducing greenhouse emissions?

Yes, according to a new report co-prepared by think tanks the NewClimate Institute, the Climate Action Network and Germanwatch.

“Australia is one of the largest exporters of fossil fuels in the world,” said Prof Hughes. “So it’s not just what we burn, it’s what we ship off elsewhere.

“We have some of the best renewable resources anywhere. We have no excuse.”

Is the world nearing a  “tipping point”?

“We don’t know where the absolute tipping point is,” said Hughes. “It’s like we’re in a bus, heading down a hill toward a cliff – but there’s a fog so we don’t know when we’re going to go over.

“But given we know we’re going down the hill and we can’t see the cliff, it would be prudent to put on the brakes.”

The link between climate change and our bushfire holocaust