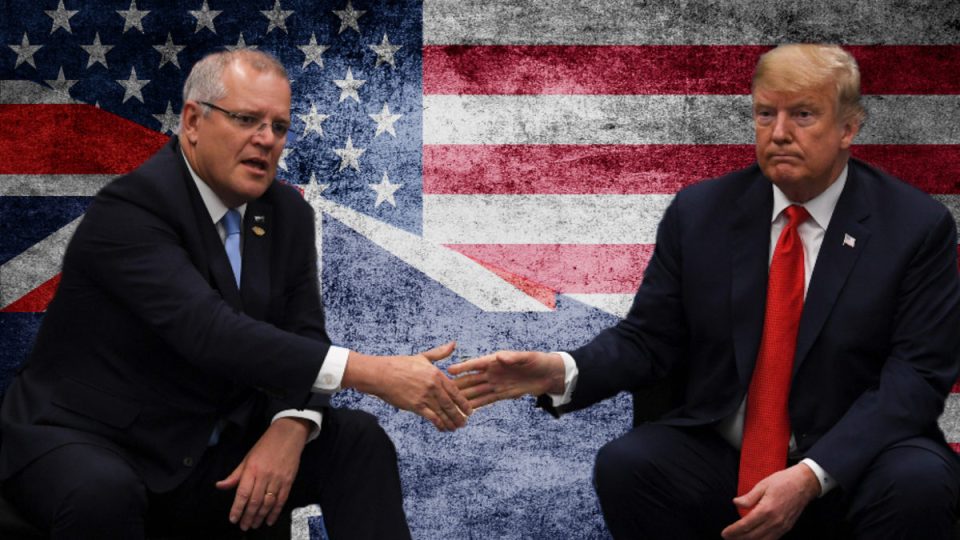 Prime Minister Scott Morrison has denied he was “bullied” by US President Donald Trump in a series of phone calls the president had with world leaders, reportedly described as “near-sadistic”.

In a statement to The New Daily on Tuesday, the Prime Minister’s Office denied the report was correct.

“The Prime Minister has only ever had polite, respectful and positive calls with the President,” a spokesman said.

A bombshell report, published by CNN from famed journalist Carl Bernstein – who broke the Watergate stories with Bob Woodward,  shared claims from those in Mr Trump’s inner circle that the President was “delusional” and ill-prepared for phone calls with world leaders.

In addition, he was “abusive to leaders of America’s principal allies” – including Mr Morrison.

“Everything was always personalised, with everybody doing terrible things to rip us off – which meant ripping ‘me’ – Trump – off.”

“He couldn’t – or wouldn’t – see or focus on the larger picture,” one US official reportedly said.

A US official reportedly called the phone calls “abominations”, while a German official said they were “so unusual” and “very aggressive”.

The report did not detail the content of the conversations.

Mr Trump and Mr Morrison have reportedly previously been on good terms.

The President called the PM “a man of titanium” when Mr Morrison visited Washington in 2019, in reference to former President George W Bush’s description of former prime minister John Howard as the “man of steel”.

On the same visit, Mr Morrison was honoured with a state dinner at the White House, only the second world leader to be feted in such a way by the Trump administration.

It’s not the first time that reports of an explosive conversation between Mr Trump and an Australian prime minister have made waves.

In January 2017, shortly after Mr Trump’s inauguration, an infamous phone call with Malcolm Turnbull made international news, as the President berated the then-PM over “a stupid deal” to accept refugees from Australian-run detention centres on Manus Island and Nauru.

“I think it is a horrible deal, a disgusting deal that I would have never made. It is an embarrassment to the United States of America,” Mr Trump said.

The deal was apparently brokered under the Obama administration, according to a transcript of the 2017 call reported by the Washington Post.

“I have been making these calls all day and this is the most unpleasant call all day. Putin was a pleasant call. This is ridiculous.”

Morrison denies he was ‘bullied’ by Trump in ‘abomination’ phone call