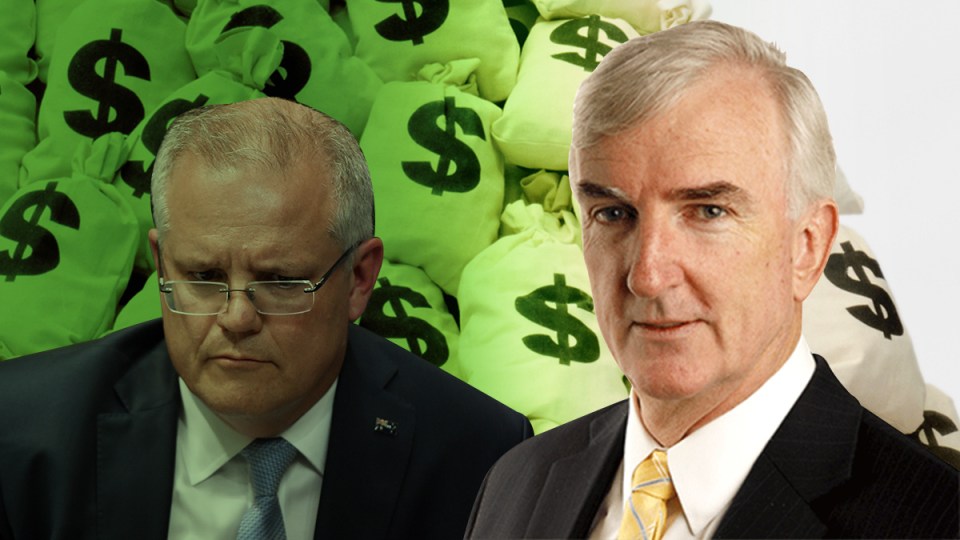 Prime Minister Scott Morrison is calling for an international COVID-19 inquiry, but what sparked it? Photo: AAP/TND

We could do with an investigation into whether our push was the result of a conspiracy or, shall we say, a stuff-up.

As usual with such blunders, the odds favour the stuff-up.

Many cool heads have observed that the way to achieve an effective international post-mortem on COVID-19 would have been to approach it behind closed doors in a spirit of co-operation, not by being seen to act as Donald Trump’s surrogate when the erratic US President and his myrmidons had been working hard to insult and bait China.

Scott Morrison officially launched his crusade for an international investigation on April 23 – the day after rushing to tweet he had “just got off the phone with US President @realDonaldTrump”.

Given Mr Trump’s constant baiting of “Chinah” and efforts to deflect blame for his administration’s ongoing monumental failures in dealing with the crisis, it was not a good look.

Those searching for a Trump-Morrison conspiracy have material to work with.

From an American perspective, what other loyal ally could Mr Trump call on to poke the mighty dragon? The sane Europeans are collectively over the toddler president.

And Scott Morrison has form when it comes to jumping on Mr Trump’s China-bashing bandwagon.

There was no upside in that for Australia, only downside in adding to our deteriorating relationship with our most important economic partner.

It was just one of several cases that raise the question of whether Mr Morrison goes beyond the usual Australian Prime Ministerial sycophancy with the US into the realm of being a Trump true believer, a MAGA mate.

Unsurprisingly, Beijing – a place that lives on conspiracies of one sort or another – was quick to think the worst, accusing Australia of being Mr Trump’s mouthpiece.

It wasn’t helped by the US Secretary of State, devoted Sinophobe Mike Pompeo, calling on the world to back Mr Morrison’s inquiry call.

That’s the Pompeo who, with Trump and Fox News and the Daily Telegraph, keeps suggesting the virus came from a Chinese laboratory in Wuhan.

It’s also the same Pompeo, a former head of the CIA, who has boasted the agency lies, cheats and steals.

On April 15, a week before Mr Morrison’s phone call with Mr Trump, the US President and Pompeo were busily running the “Beijing needs to come clean” about the Wuhan lab angle.

And the call for an international investigation had already opened off Broadway with Trump lackey Senator Josh Hawley performing on (where else?) Fox News on March 30.

But as appealing as the conspiracy theory might be that former spoke Mike Pompeo was pulling Scott Morrison’s strings, there’s as good a chance that it was a cascading stuff up set in motion by none other than the Today show’s Friday morning motor mouth Peter Dutton.

On April 17, the Home Affairs Minister launched into a characteristically blunt spray on the show, joining in the demands that China “come clean”.

Given the loose cannon status enjoyed by the under-bidder for the prime ministership, it might have gone no further – but two days later the ABC’s Insiders program interview of the day was with the Minister for Foreign Affairs Marise Payne.

Two of the three panellists on April 19 were dedicated China critics – The Australian’s Greg Sheridan and Nine newspapers’ Peter Hartcher.

After Sheridan delivered both predictable barrels, Senator Payne was introduced with video of Peter Dutton’s Friday performance calling for transparency from China.

The immediate first question to Senator Payne after Dutton was: “What questions would you like China to answer?”

“I think, ah, the key to, ah, going forward in the, ah, context of these issues is transparency,” she answered – and then was away, wanting transparency from China most certainly and transparency from “all of the key countries across the world who will be part of any review that takes place”.

The minister wanted an “independent review mechanism to examine the development of this epidemic, its development into a pandemic, the crisis that is occurring internationally”.

And from there we were off into an escalating battle of words from Beijing and Canberra, a battle that now could be a factor in trade issues.

With relations already second-rate between the Australian and Chinese governments, it is a fight that never had any upside for Australia.

We again have absolutely nothing to gain and plenty to lose by being seen as trying to stir up an international posse that, at least implicitly, accuses China of duplicity.

Given Scott Morrison’s record as a Trump devotee, how else could anyone expect China to take the grandstanding other than badly?

Mr Trump has his November election motives for wanting to cast as much blame as possible on China and deflect from his own record of failure.

But Australia? If we were genuinely interested in achieving Chinese co-operation and we weren’t utter failures at diplomacy, we wouldn’t pursue it so publicly and willingly as an American client state.

Bashing China might make Peter Dutton feel hairy chested on morning television, but now that our key relationship has been turned into a political pissing contest, it reeks more of a stuff-up than a conspiracy.

Or perhaps a conspiracy to stuff up.

Michael Pascoe: Morrison shoots up his own town, but did Dutton start it?