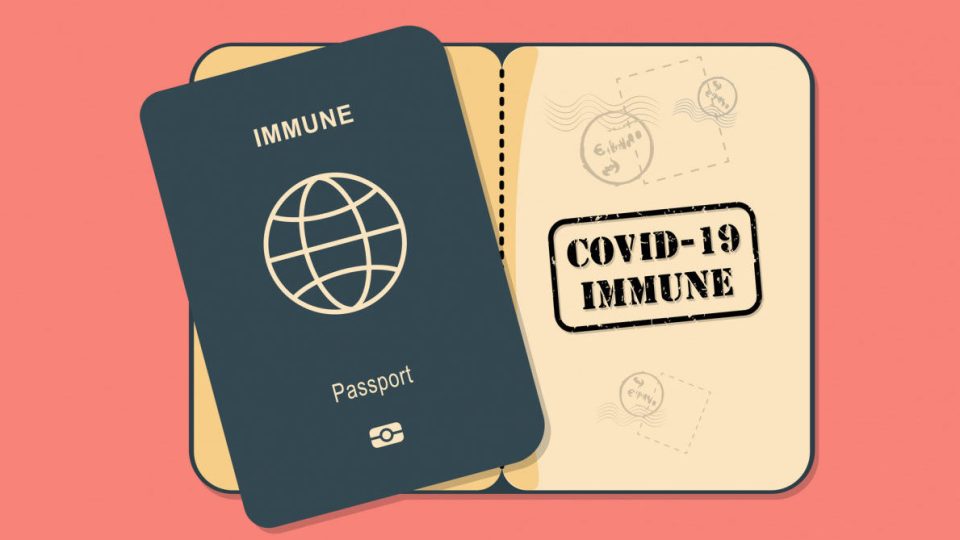 Countries want to give 'immunity passports' to COVID-19 survivors, but there's no proof they will be protected from re-infection. Photo: Getty

The number of coronavirus survivors is increasing worldwide, and some countries want to issue “immunity passports” that would allow them to get back to work.

The idea is that people who have recovered from COVID-19 will have developed antibodies that protect them from being infected by the virus a second time.

Certificates dubbed “immunity passports” would grant survivors the freedom to work, travel and visit family and friends without fear of contracting or spreading the disease.

The concept has appealed to countries such as Italy, Germany, the US and Britain as a way to emerge from economically crippling lockdowns.

But there is no evidence that “immunity passports” will work.

The World Health Organisation has warned it is simply too early to know if people can develop immunity after recovering from COVID-19.

In a scientific brief, the WHO has warned that handing out immunity passports might cause the virus to spread further.

“There is currently no evidence that people who have recovered from COVID-19 and have antibodies are protected from a second infection,” it reads.

“People who assume that they are immune to a second infection because they have received a positive test result may ignore public health advice.”

Even if people do develop immunity, we don’t know for how long it will last.

In the US, Dr Anthony Fauci, the White House’s leading expert on infectious diseases, said he was “really confident” that people who recovered would be protected against re-infection.

American survivors have spoken about how they have held dinner parties with others who have recovered from the virus, and have gone back to work or visited family.

On the way to my first ER shift in 3 weeks.

About half of the people are wearing masks.

Most of them are homemade.

I love New York and am forever grateful to live in this city. pic.twitter.com/UsZyd0Zdhx

Christy Karras, an American freelance writer and COVID-19 survivor, wrote in a Seattle Times column: “I am acutely aware of the privilege I have in not being afraid.”

But there is no evidence that shows people who have recovered from the virus are protected.

Immunity after any infection can range from life-long to almost no protection at all.

We also don’t know the exact moment when people who have been infected can no longer infect other people.

This is one of the reasons we need more testing.

In Germany, authorities are planning to test the entire population for antibodies in coming months to find out how far the virus travelled, how deadly it is, and if people are developing immunity to it.

One of the study’s key aims is to discover how many people, including those with no symptoms, have already had the virus.

Antibodies gathered from the bodies of those who have recovered may also be used to help others infected fight it off.

In the Chinese city of Wuhan, where the virus first emerged, the government has already introduced colour-coded health passes that allow healthy people to travel freely.

Residents who pass a health test will receive a green “health code” that enables them to travel freely beyond Wuhan and the surrounding Hubei province.

A yellow code indicates the holder should be in home isolation, and a red code shows the user is a confirmed COVID-19 patient and must be in quarantine.

On April 25, China reported no new deaths – with all but one of its new cases imported – for the 10th day in a row.

The prospect of building immunity against the coronavirus sounds alluring.

But for now, it is too risky to give survivors a free pass.