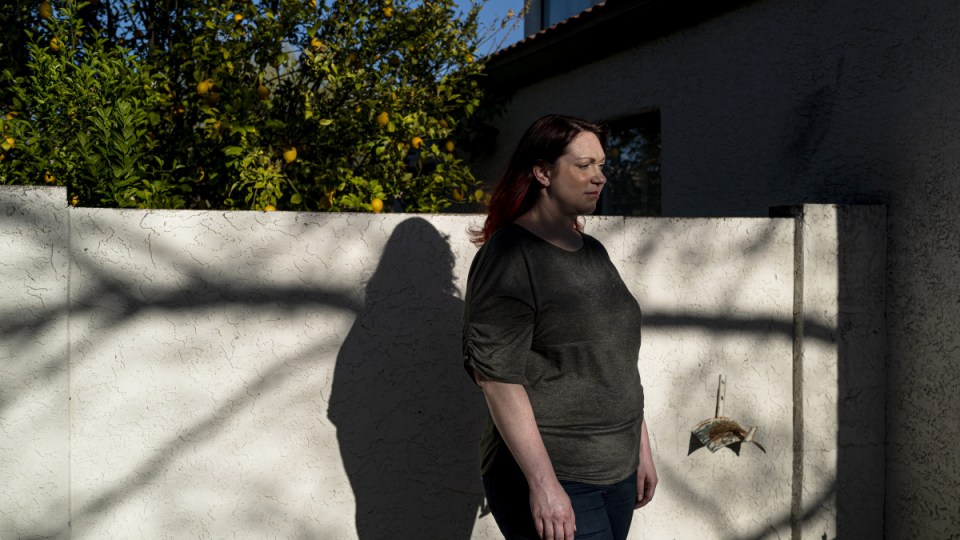 Re-entry into a society that is largely shut down can be isolating, Elizabeth Schneider, who recovered from the coronavirus, has found. Photo: The New York Times

Christy Karras and her husband received a tantalising text the other day from friends they had not seen since February, when all four were among the first people in the United States to be sickened by the new coronavirus.

“Dinner at our place?”

It had been a week and a half since any of them had experienced symptoms, past the point when COVID-19 patients are thought to be contagious.

And, assuming conventional virology wisdom applies, they were not at risk of immediate re-infection.

Karras had been told she was probably “one of the safest people in the country” by a researcher she asked.

She and her husband, Bill Harper, who had each endured a week-long headache as well as the disease’s hallmark fever and dry cough, longed for social interaction.

“Let me check our calendars,” Karras typed back.

“Oh, who are we kidding? Nothing on the calendar.”

So it was that the two Seattle couples entered a phase of pandemic life that most of America can still only dream of.

As recently as mid-March, fewer than 5000 people in the US had tested positive for the new coronavirus.

Some are still coughing or tethered to oxygen tanks.

But the first large wave of COVID-19 survivors, likely to be endowed with a power known to infectious disease specialists as adaptive immunity, is emerging.

They linger in grocery store aisles and touch doorknobs without flinching.

They undertake not entirely essential travel.

They have friends over.

With most Americans still desperate to avoid contracting the virus, and the number of known cases nearing half a million, several dozen spoke to The New York Times about what it was like to recover.

Healthcare workers who have fallen ill and bounced back fill the hospital shifts of colleagues who are still at risk.

Many who have overcome the infection, including some of America’s newly unemployed, donate blood to biotech companies and researchers seeking to manufacture treatments from their antibodies.

They are giddy; they are grateful.

“My son kept asking, ‘Is Daddy going to die? Is he going to die today?’” said Clement Chow, 38, a college professor who has changed his Twitter handle to “Clement ‘I beat COVID19’ Chow.”

The first COVID-19 patient at the University of Utah’s intensive care unit, he recently received his all-clear.

“It was good to be able to tell him no,” Chow said.

They are sometimes guilt-ridden, about possibly having spread the disease before its existence was widely known, and about recovering when others did not.

“The death toll from our ship is 11,” said Carl Goldman, 67, who spent 29 days in a Nebraska bio-containment unit after being evacuated from the Diamond Princess cruise ship, which in mid-February was home to the highest concentration of coronavirus cases outside China.

“That could have been any one of us.”

In Italy, some public officials have proposed issuing “immunity certificates” that would allow those with antibodies to the virus to move freely and return to work – an ethically fraught concept also under discussion by the White House’s coronavirus task force.

Even in the absence of public policy, people who have recuperated from COVID-19 say they are wondering about the responsibilities that come with the powers of probable immunity.

“I am acutely aware of the privilege I have in not being afraid,” Karras, a writer and editor in her mid-40s, wrote in a recent Seattle Times column.

While Dr Anthony Fauci, the nation’s leading expert on infectious diseases, has said he is “really confident” that people who recover are protected against re-infection, there is no perfect test for immunity, and it is not clear yet how long it may last.

Guidance from health officials as to the precise moment people who had been infected can no longer infect others is often conflicting, and testing is often not available to confirm when a person is virus-free.

Some COVID-19 survivors face stigma from neighbours who know they had been sick.

On the night of their outing, Karras and her husband brought good wine they had been saving for a special occasion.

Their friends ordered out from a local barbecue place.

Everyone talked loudly, the couple recalled, and often at the same time.

They agreed not to post any photos of the reunion on social media.

As much as they wanted to send a message of hope, they were at pains to avoid giving off the impression they were gloating.

“There aren’t that many people yet who had it and are well,” Karras said.

A daughter boards a flight

Elizabeth Schneider hated to appear to be violating rules that were meant to protect others and that she knew relied on collective determination to enforce.

But the state health department said people who had tested positive for the coronavirus were allowed to leave self-isolation seven days after their first symptom and three days after their last fever.

By those metrics, she was free to fly from Seattle to Tucson, Arizona, to visit her parents.

Schneider, 37, who holds a doctorate in bioengineering, had read the study about monkeys that indicated survivors of the new coronavirus would, at least at first, be resistant to further infection.

She would be more useful in Tucson, she had reasoned, as her family’s designated grocery shopper.

Especially since her mother has asthma, which puts her at a higher risk for a poor outcome should she contract the virus.

But re-entry to a society that is largely shut down can also come with a new sense of isolation, Schneider found.

“I thought to myself, ‘Should I mention to them that I had it?’” she said of her fellow passengers on her mostly empty flight, all of whom were talking about COVID-19.

“Ultimately I chickened out.”

A doctor returns to the ER

It was midway through Dr Dara Kass’s first 12-hour shift back in the emergency room on a recent Sunday that she received the most definitive news one can currently get about immunity to the novel coronavirus.

A few days before, Kass, who tested positive for the virus in March after treating COVID-19 patients at Columbia University Irving Medical Centre, had given a blood sample to a study that she hoped would help others with the disease.

The study, conducted by researchers at Mount Sinai Hospital, aims to use virus-fighting antibodies from donors who have recovered to treat patients who are currently sick.

To determine eligibility, the volunteers’ blood is screened for the right antibodies.

Those who have plenty are sent to a blood centre to donate plasma in an hour-long process that can yield enough to treat three patients.

She had already been prepared to step in on procedures, like for cardiac arrests, for colleagues who had not been infected.

“When you find out you have antibodies you have a sense of obligation to just help,” she said.

“Everyone else is doing a great job. But on some level, there’s a layer of, ‘You’re lucky enough to have had it’.”

On the way to my first ER shift in 3 weeks.

About half of the people are wearing masks.

Most of them are homemade.

I love New York and am forever grateful to live in this city. pic.twitter.com/UsZyd0Zdhx

Can I hug my grandmother?

“People have understood for a long time that surviving an acute infection provides immunity,” said Michael Oldstone, an emeritus professor of virology and immunology at Scripps Research Institute and author of the book Viruses, Plagues and History.

That history, though, does not quell all the questions now in the heads of those convalescing from the new coronavirus.

On Facebook groups like “Survivor Corps”, on their doctors’ voicemail, in messages to reporters, they ask questions that have no easy answers.

When is it safe to go out?

What does it mean that the fever is gone, but taste and smell have not returned?

Is it OK to hug one’s grandmother?

Some of the confusion has been exacerbated by a continued shortage of testing.

And some of the urgency is fuelled by the stigma now associated with being out and about.

Walter Lamkin, 69, general counsel for a company in St Louis, tested positive in March and was cleared by the St Louis County public health department in early April.

“I can’t infect anyone and I can’t be infected,” he said.

But as the designated grocery shopper for his extended family, “people are judging me,” Lamkin said, and wondering whether he should be out.

“Unless I get a negative test, I can’t answer that question.”

But he has been told that he cannot be retested to confirm that he no longer has the virus because tests are reserved for people with symptoms.

“OK, but if no one will test you, what are you supposed to do?” he asked.

Coronavirus immunity? Survivors explain what happened after getting over COVID-19