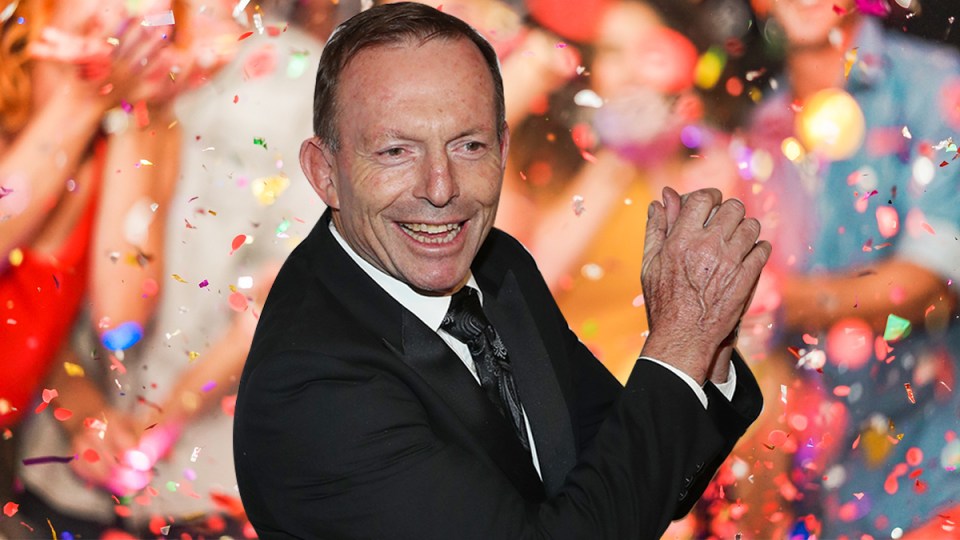 Malcolm Turnbull claims in his new book that reforms he made to MP travel expenses as prime minister have ensured “transparency and accountability in a way we’d never seen before” – but it seems not all his former Liberal Party colleagues got the memo.

The trio collectively billed taxpayers more than $6000 on flights, cars and hotels for their whirlwind visit to the Harbour City before flying back to their home states the following day.

A member of Mr Andrews’ family also flew up from Melbourne to accompany him in Sydney, with the $1218 cost of flights additionally claimed against the MP’s travel allowances.

Yet when asked about their use of parliamentary allowances for their respective trips, Mr Abbott’s dinner companions were not too keen on Mr Turnbull’s supposed era of “transparency and accountability”.

A spokesperson for Mr Andrews confirmed the MP was in Sydney on the day of Tony Abbott’s farewell dinner, but declined to say if his wife also attended the event or if government cars were used to travel to and from the venue.

The spokesperson claimed Mr Andrews, who is a close friend and ally of Mr Abbott, was in Sydney to attend an Aged Care Royal Commission consultation with the Prime Minister — though the commission’s website does not list any official meetings being held that day.

Both Mr Dutton nor Mr Abetz failed to respond to multiple requests for comment about the purpose of their trips to Sydney on the day of Mr Abbott’s gathering.

A fourth Liberal politician, ACT Senator Zed Seselja, also took an overnight trip to Sydney on the day of the farewell dinner and claimed more than $1200 in flights and government cars, but refused to even confirm he attended the dinner.

Treasurer Josh Frydenberg and Energy Minister Angus Taylor also attended the dinner and claimed the costs of staying overnight in Sydney on November 7, although both were already in the city for government business before the event.

The trips will again raise questions about federal politicians’ use of publicly funded travel allowances, which by law are only allowed to be used for travel with the “dominant purpose” of legitimate parliamentary business and in a way that achieves “value for money”.

MPs’ travel rules were toughened up by the Turnbull government in 2017 following a series of accusations about Liberal politicians misusing their entitlements.

The most damaging scandal involved then health minister Sussan Ley, who was forced to resign in January 2017 after being accused of using ministerial travel for flat-hunting trips to the Gold Coast.

Recounting the incident in his autobiography A Bigger Picture, which was published this week, Mr Turnbull says Ms Ley’s resignation prompted him to reform the parliamentary allowances system.

“[I] didn’t waste the crisis. I announced the government would establish an Independent Parliamentary Expenses Authority (IPEA) to monitor these travel and other entitlements for MPs and senators,” he wrote.

“As I observed, the term ‘entitlement’ is part of the problem. ‘These are not entitlements. They are no different to the business expenses that people have when they are travelling on behalf of their employers in the private sector. And they have to be justified.’”

The Parliamentary Business Resources Act 2017 states that all costs incurred by an MP or senator must relate “directly to the member’s role as a member” and must not be used for the financial benefit of themselves or another person.

Members in breach of the rules are subject to repayment of the wrongly claimed allowances plus a 25 per cent loading penalty.

The event also doubled as a Liberal Party fundraiser, with guests charged $175 a head or a discounted price of $130 for Liberal Party members.

Mr Turnbull was notably absent from the event.

The cost of each of the politicians’ trips to Sydney is disclosed in the latest set of federal parliamentarians’ spending reports published online by IPEA, which cover the months of October to December 2019.