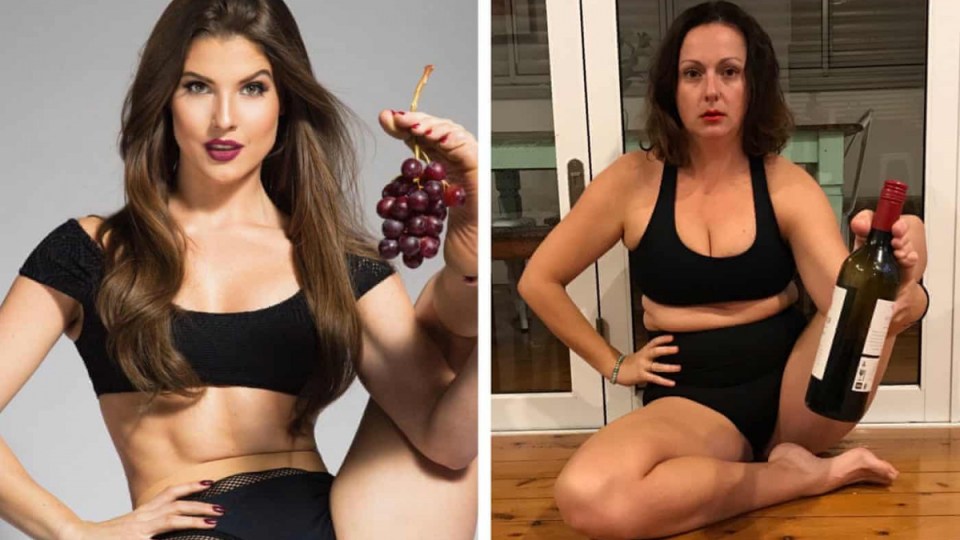 A fundraising campaign led by comedian Celeste Barber has surged into the millions as monetary support for frontline bushfire fighters and victims grows across the country.

The former All Saints star and sketch writer has mobilised many of her 6.4 million Instagram followers that frequently log on to watch her dorky imitations of glamour behaviour.

Barber drew pledges from as far as the UK, US, France and Italy.

This is my Mother in Law Joy Robin. She’s on the wharf in Eden. She’s amazing, I’m so proud. @ScottMorrisonMP I wouldn’t try and shake her hand. pic.twitter.com/qz9b9VfxF3

As The New Daily understands it, Barber began her campaign on Friday with a more modest target of $30,000, prompted by the plight of her mother-in-law, whose house in Eden, on the south coast of New South Wales, was in peril.

The comedian posted photos on Friday of a fire-red sky bearing down on her mother-in-law’s NSW house.

“It’s terrifying. They are scared. They need your help,” she wrote on Facebook.

On Saturday, she reported her family was being evacuated: “I feel sick.”

She posted photographs of the house on her Facebook page, where the plea for donation is being made.

By Friday morning, a million dollars didn’t seem out of the question. Since then her target has grown by the hour.

By Saturday evening, she was closing on $8 million, prompting Barber to set a new target of $9 million.

Other celebrities to have pledged donations include Nicole Kidman and Keith Urban ($500,000), Leonardo DiCaprio, Ellen DeGeneres, Pink and Hugh Jackman.

Where else can I donate?

Donations to the NSW Rural Fire Service directly benefit the volunteer firefighters on the frontline. You can contact your local brigade directly to help or donate here.

The Country Fire Authority in Victoria has two funds. Donations to a specific brigade can be made through CFA Brigades Donations Fund via this bank account:

In Queensland, Fire and Rescue suggests donations of money and items be channelled through the website service givit.org.au.

Givit is handy because it lists items that are needed, and not just in Queensland but in other states. It’s vital that well-meaning people don’t turn up with goods, as they might hamper emergency work.

In South Australia, donations to the Country Fire Service can be made here through the CFS Foundation.

To help people who have lost their homes or been displaced, the Red Cross established a New Years Eve disaster relief and recovery fund. Charities such as the Salvation Army and the St Vincent de Paul have a good history of helping people affected by natural disasters.

The World Wildlife Fund is raising money to treat and house wildlife injured in the fires, notably koalas.

McLachlan’s trial delayed by application
Returned traveller has first Australian case of rare disease
Downpours to leave Qld towns isolated ‘indefinitely’
Millions around the world could starve as Russia accused of weaponising food
Fever cases hit 2m in COVID-hit N.Korea
Suspect in US race-hate shooting appears in court
Aussie acts of kindness that went under the radar in 2019
Today's Stories