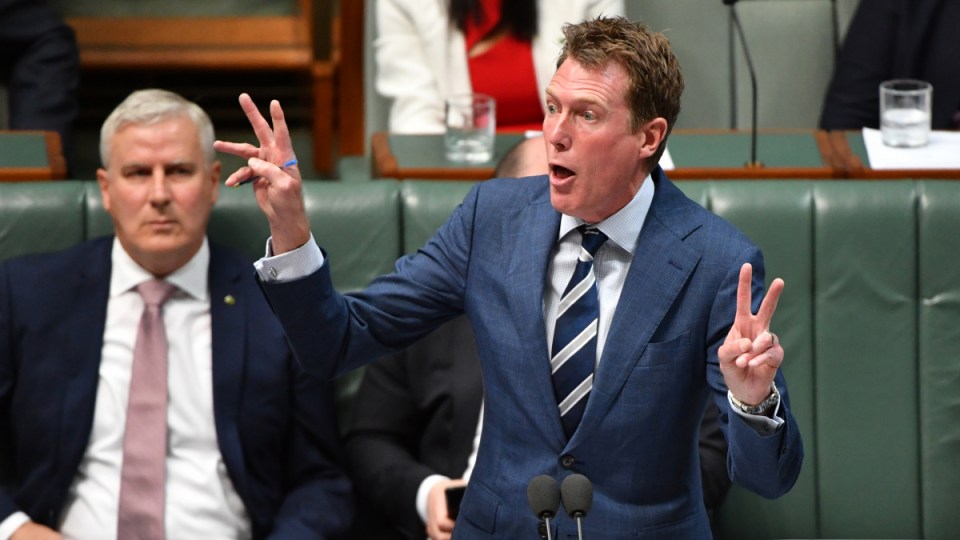 Attorney-General Christian Porter has been dragged into the ‘doctored documents’ saga amid revelations he was asked by Prime Minister Scott Morrison to witness his phone call to the NSW police commissioner.

Former prime minister Malcolm Turnbull has described that phone call to Mick Fuller “ill-advised” because it leaves Mr Morrison vulnerable to accusations the government is interfering with a police investigation.

But the new revelations put the nation’s chief legal officer in the frame, with Mr Porter confirming to The New Daily he was present during the entire call.

Mr Porter’s spokesman confirmed “he was there” and that Mr Morrison and the Commissioner had given completely accurate accounts of the call.

“Someone should have said to him, ‘Do not make that call’,” Savva said.

“Porter, as the first law officer of the land … should have grabbed the phone out of his hand and said, ‘Don’t do this, it’s not a good idea’.”

Opposition leader Anthony Albanese said on Sunday Mr Morrison’s credibility and integrity had been left in tatters with his antics of the past week.

“When you’re the prime minister of the country and one of your cabinet ministers is under police investigation, you don’t ring mobile to mobile,” Mr Albanese said.

“There were methods in which he could have found out if indeed a police investigation was under way.

“Unlike the Prime Minister, I won’t be interfering in that investigation.

“But this minister [Angus Taylor] has misled the Parliament.

“He said on a number of occasions that the document was downloaded from the City of Sydney website.

“It’s very clear from the metadata that’s been provided that that is not the case and that’s why the minister tipped out responses late on Friday afternoon, anything to avoid scrutiny.

“Minister Taylor has had three months to solve this issue, to come into Parliament and just say where the documentation came from. He should do that. He should have done that on day one.”

Commissioner Fuller, who is a “great bloke” according to the PM, was forced last week to deny that he had a personal relationship with Mr Morrison after claims emerged Mr Morrison used to take his bin out when they were neighbours.

He now insists his claim, which the PM appeared to confirm last year on Radio 2GB, was “a joke”.

A strike force is investigating if documents given to The Daily Telegraph by the office of Energy Minister Angus Taylor for a hit job on Sydney Lord Mayor Clover Moore were doctored.

Mr Taylor has rejected any suggestion the documents were altered and insists they are from an earlier version that appeared on the council website.

Amid calls for Mr Taylor to stand down while the probe is under way, Mr Morrison called the Commissioner to ask if an investigation had started.

On the basis of that phone call, the PM told Parliament he would not be standing down Mr Taylor and implied that there was no need to take further action because it was a political referral by the ALP to NSW Police.

Meanwhile, this week marks the 10th anniversary of the failure of Kevin Rudd’s government to obtain the support of the Liberals and the Greens to create an emissions trading scheme in Australia.

Labor is expected to hammer home the message in question time.

“That vote and what’s occurred subsequently, has reinforced my view that we have to find common ground if we are going to act on climate change,” Labor Senator Penny Wong told Insiders.

“The thing that is quite clear is that neither the Coalition nor the Greens political party have learnt the lessons of the last decade.

“The Coalition is still in denial, and division. And the Greens political party have to decide – are they actually prepared to look for change, to look for common ground, to act for change?”